And it's GOLD for Australia!

In our sports-mad country, the leadup to the Olympics is always a crazy time, capturing the attention of all the nations of the world and inspiring millions.

As a very Australian tribute to the Olympics we're running a little in-house tipping competition: who will come the closest to guessing our final gold medal tally?

We also asked the team which Olympians inspire them and why, find out who they picked!

Who inspires the Ovations team? 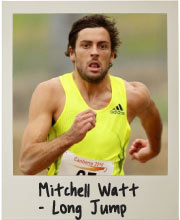 He is the first and only Australian to ever win a Diamond League Trophy. He also finished the 2011 season with the longest 4 out of 5 jumps in the world.

He is studying Law / Economics dual degree at the University of Queensland, St Lucia, where he holds a High Achievement Scholarship for his academic and sporting excellence. 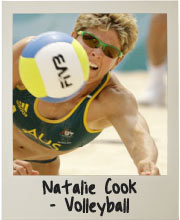 Nat won gold in Sydney 2000 and 12 years later she is going for it again in London – what a legend! 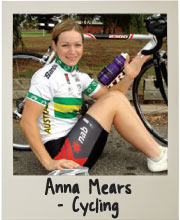 Anna Mears... what a story of triumph over tragedy. If I ever want to whinge to my personal trainer I think of Anna getting back on her bike... literally! 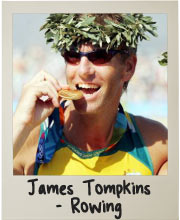 James Tomkins is an Olympic star with 6 under his belt and he always puts a smile on my face..... every time I see him I still can’t help but sing "peaches, mangoes, peaches"!! 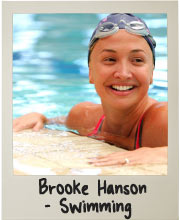 Brooke's was one of the real success stories of Athens, hearing her name read out on the Olympic team after winning three gold and one silver medal in front of a packed hometown crowd at the Olympic Trials in her hometown, Sydney. After 13 years as a member of the Australian swimming team Brooke joined the motivational speaking circuit and her's is a story to behold - giving a behind the scenes insight of a young woman's journey to reach her Olympic dream. 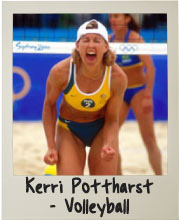 Sydney 2000 Olympic Gold medallist in a legendary performance on Bondi Beach. Kerri is also fantastic at speaking about overcoming obstacles and talking on teamwork & how these can be applied in a day to day business life.