Are you prepared for the global tidal wave of change?

HOW ARE YOU MANAGING DISRUPTIVE TRENDS? ARE YOUR LEADERS AWARE OF THE NEXT TIDAL WAVE OF CHANGES ABOUT TO HIT YOUR INDUSTRY SHORES? WHAT DISRUPTIVE RIPTIDES WILL BE ERODING YOUR MARKET SHARE TOMORROW?

What new Silicon Valley cloud innovations are likely to change how your IT department thinks about the future? What is going on amongst mobile phone vendors in Bangalore that will upend how you think about mobile devices at work? Which Shanghai pirates are likely to shift your thinking about intellectual property? What Barcelona designer is likely to give shape to the tablet device of tomorrow? And which Sydney cafe owner is likely to inspire co-working and innovation hubs of 2020?

In order to position yourself and your organisation favourably for tomorrow and for 2020, you need to think global, and act local. Glocalization is upon us, and that is why global, yet local, insights from around the world are critical to your business success.

While we are living in a globalized economy today, all business, at the end of the day is still local. While we have seen online collaboration and innovation work well in the case of open source software creation like MySQL and Linux, the corporate world at large has been slow to break their nexus with analogue location. 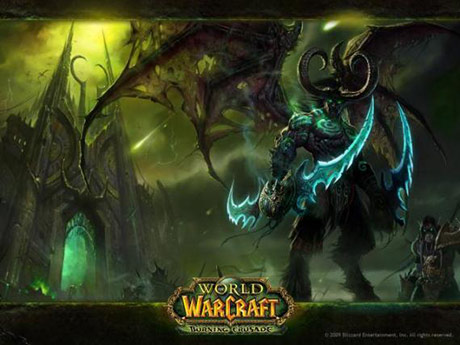 Interestingly, even cyberspace has a sense of place because even a world like World of Warcraft has geography and a distinctness to it, and is created in a virtual physicality, that is not dissimilar to the "real worlds" we have built in locations like Silicon Valley. It is certainly foreseeable, and in fact largely inevitable, that the digital gamer attributes of Digital Natives will become more mainstream. As a generation of Generation Zers (b. 1994-2010) start graduating, and shaping the workforce with new demands and contributions, digital collaboration will increase.

IF YOU WERE BORN AFTER 1994 YOU DON'T KNOW A WORLD WITHOUT THE INTERNET, AND IF YOU HAVE GROWN UP ON A DIET OF MYSPACE, FACEBOOK, JUSTIN BIEBER, TWITTER AND BIG BROTHER, YOUR ANALOGUE SKILLS ARE LIKELY TO DIFFER FROM A BABY BOOMER, GENERATION XER OR MILLENIAL.

On the flipside your technical, and digital acuity could well be out of this world. Literally. This holds promise for the future of digital.

But in the meantime, business is still local. Since the 1980s we have been told by management consultants to 'think global, act local'. Glocalization refers to the practice of conducting business according to both local and global considerations. Two of the flag bearers that you might associate with this global / local trend are the mantras of HSBC's 'The World's Local Bank', and IBM's 'Solutions for a Small Planet'. Both tune into the analogue, the micro, the local.

Equally, business strategists have known that local adaptation is key in their Go-to-Market strategies and thus multinational corporations are encouraged to build local roots. Coca-Cola's locally adapted World Cup 2010 vocal advertorials and McDonald's Chicken Maharaja Mac are examples of localising products for their analogue locations. It's kind of the reverse of provenance marketing. The latter speaks highly of where a product or service emanates (iPhone - 'Designed by Apple in California. Assembled in China') while the former, like Maharaja Mac takes local considerations and diet into account in the way McDonald's pitches a product in India. The key in the latter example is turning a global brand into one that is locally relevant.

FOR ALL THE TALK OF THINKING GLOBAL, HAVING OUR HEADS IN THE CLOUD, AND BEING DIGITALLY CONNECTED, IT SEEMS CUSTOMERS STILL HAVE THEIR FEET FIRMLY PLANTED ON THE GROUND - LOCALLY.

The analogue local impacts the most digitally disruptive of them all. Google. This Silicon Valley firm is not beyond geography and physical boundaries. Instead, geography, and analogue location is impacting its digital reach, and its innovation strategies. In 2010, Google closed down the analogue and digital presence of Google.cn. Because of consistent privacy breaches and censorship regulations, Google moved its offices and servers to Hong Kong. At the same time, perhaps ironically, Google faced invasion of privacy lawsuits in Germany after its StreetView product was found to be photographing private homes. This digital company, with no physical product in the market place in 2010, suddenly became very aware of analogue geography, and location-specific eccentricities. Meanwhile in China, the local search engine, Baidu, got to cement its market leadership. Digital disruptors are not immune to analogue location, and brands more broadly, need to create innovations that are localized.

And talent is attracted by passionate, analogue spikes in creativity. Like Silicon Valley. It's human to want to be immersed in location. In the present moment. Namaste. And in the near-term it will not be replaced by the digital. Analogue location drives digital innovation, and the most disruptive of digital players still get affected by analogue location.

The focus for you as a leader, is being able to hold these two perspectives in mind at the same time - think global, act local!