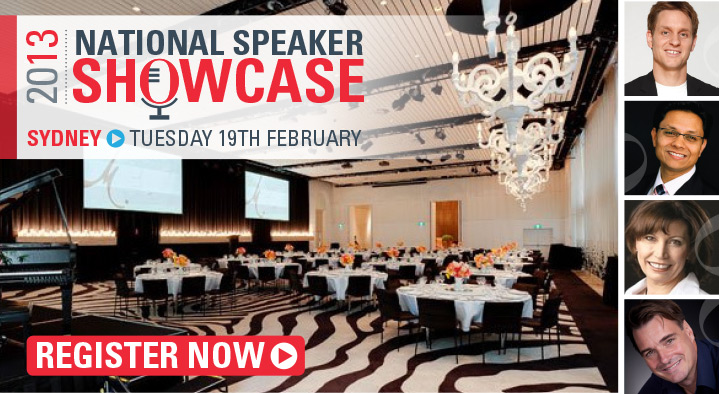 Ensure your seat at the most inspirational table in town!

We're showcasing Australia's hottest speakers for 2013 all while offering a luxurious breakfast in the fabulous ivy ballroom, Sydney.

It's always a sell-out event so book now to avoid disappointment.

Like a taste of what to expect from a speaker showcase? Watch our previous showcases online!