The son of Stan Jones, a famous hard living Australian racing star from the immediate post-war era, Alan was fired with a passion for motor racing from an early age. When his father raced Maserati and Cooper types in the 1950s, Alan was always there to watch and to a great extent, this hard-bitten youngster was spurred on in his ambition to become World Champion by his father's success in Australasia.
It was a long, hard slog for Jones to work himself into a position where becoming a decent F1 driver was a realistic proposition for him. He went to Britain in the early 1970s and struggled through the junior formulae before getting his Grand Prix break at the wheel of a private Hesketh in 1975. At this stage he didn't appear to be a natural, but was endowed with enormous strength and determination.

When a lucky break provided him with the chance of a drive in the Shadow team, he underlined his ability by scoring a fine victory in the 1977 Australian Grand Prix. After joining Williams in 1978 Jones got in amongst the leading Ferraris at Long Beach, Frank Williams quickly came to appreciate that he had found himself a rather special new driver. Second place in the United States GP rounded off their first year together and, with designer Patrick Head's superb new Williams FWO7 ground-effect chassis in the pipeline for 1979, the following season turned out to be even better.

Although Jones's team-mate Clay Regazzoni won the team's maiden Grand Prix victory at Silverstone, he did so only after Alan's retirement. Jones subsequently made up for that disappointment with victories at Hockenheim, Oesterreichring, Zandvoort and Montreal. He sustained this momentum to win the 1980 World Championship with wins in Buenos Aires, Spain (non-championship, as things turned out), Paul Ricard, Brands Hatch, Montreal and Watkins Glen. He might well have retained the title the following year, but for a series of trifling mechanical problems. However, he continued to drive splendidly, rounding off the season with a victory at Las Vegas.

He then retired, ostensibly to look after his farm and other business interests. He kept his hand in though, driving Porsche sports cars in the 1982 Australian National Championship, eventually concluding that the lure of motor racing at international level was too much to resist. In the 1983 Long Beach Grand Prix, after a year's absence from the Formula One stage, he made his return at the wheel of in Formula One by way of a Footwork Arrows, but retired due to the pain and discomfort of a fracture sustained in a horse riding accident only six weeks earlier.

The blunt and uncompromising Australian proved that he still had what it takes. In 1985 he received a tempting financial offer to re-emerge with the Haas-Lola squad, continuing through to the end of the following season. But the spark had by now dimmed and the glory days with Williams were not to be rekindled. Alan Jones and the Williams team were thrown together at a time when neither of them seemed to have much to offer but both were determined to prove the doubters wrong.

However, the Australian is remembered affectionately by those who worked with him at Williams as a great motivator and a man who lifted everybody's morale, particularly when things were going badly. Technical director Patrick Head remembers that as a rare quality displayed by few top-line drivers. 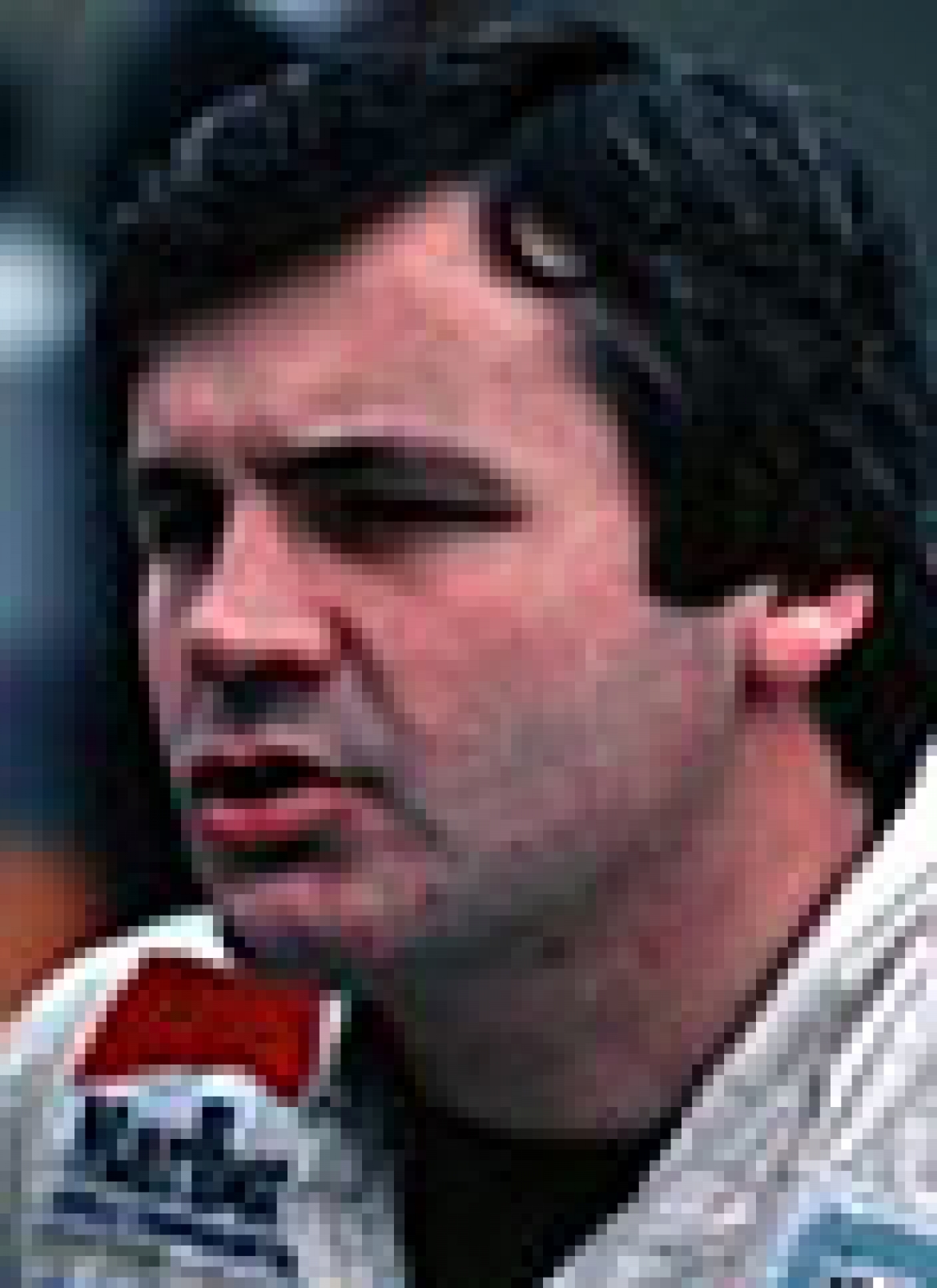