They're "Aussie Tall stars" the newest and most exciting stilt characters in Australia. With Flesh coloured muscular legs. Wearing socks, shoes and shorts They are simply Head and shoulders above the rest.
The performers who operate the tall stars are actors and comedians, so as well as looking terrific, they are able to engage the audience with their witty repartee' and sporting highlights.

"The Aussie tall stars" will dress to suit any sporting occasion...
Tennis, football (AFL. Soccer. Rugby), Athletics, Cricket, Golf, Jockeys, even board shorts and Hawaiian shirts for that beach party, they will gladly wear your company logo. At eight feet tall they are sure to get everyone's attention 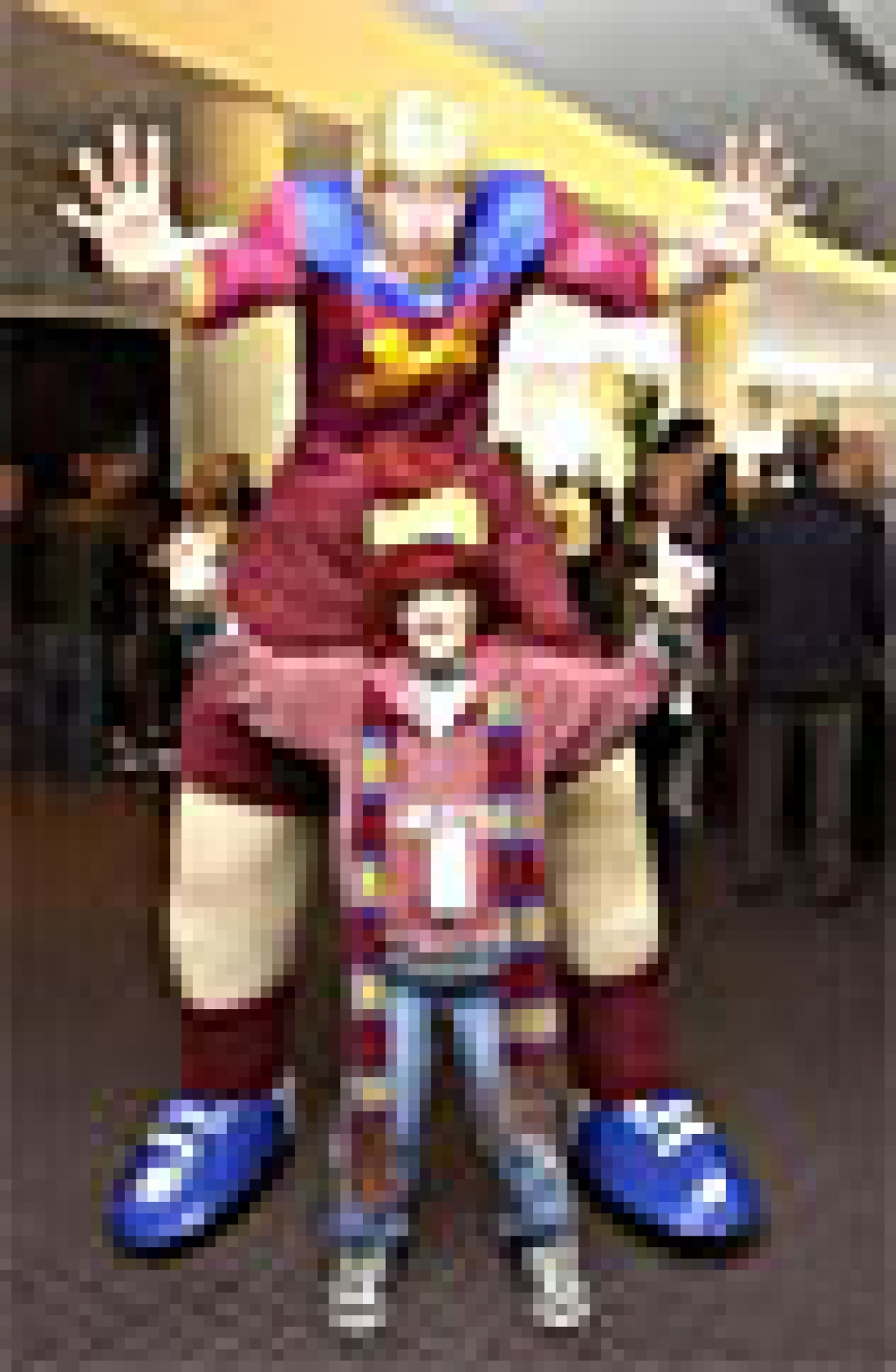 Mark is the founder of the Ã¢Â€Â˜storyÃ¢Â€Â™ consultancy and production company Seven Stories. He has over 15 years experience in storytelling and high end production, having enabled numerous blue chip companies to bring their stories to life, including the Australian Tourism Commission, Telstra, Berlei Australia, the NSW Roads and Traffic Authority, Computer Sciences Corporation (CSC), Beiersdorf ...