Bear Grylls, the youngest Briton to climb Mount Everest at only 23, has a natural talent for communicating and entertaining which has made him a popular personality in his own right. He is not only one of the youngest motivational speakers on the international business circuit but is a keen environmentalist and an author; one of Bear's books, Facing Up soared into the best seller list and has sold over 50,000 copies.

Bear's ascent of Everest took ninety days enduring extreme weather, two months of limited sleep and running out of oxygen in the upper regions of the 'death zone' (above 26,000 feet). Bear joins only thirty British climbers to have successfully completed climbing Everest and return alive. Every year the death toll on Mount Everest rises, for every six mountaineers who make it to the top, one will die. On the way down from his first reconnaissance climb, Bear cheated death navigating the perilous Khumbu Icefall, the ice cracked and he fell into a crevasse that was 1,000 feet deep, was knocked unconscious and had it not been for the tenacity of his teammates he would not be alive today. This incident was dramatised as part of the award winning, 'Sure For Men/Rexona' advertising campaign, which starred Bear and was broadcast worldwide.

Bear led the first crew to cross the Atlantic via the Arctic Circle in an open rigid inflatable boat, in aid of The Prince's Trust. This expedition is the subject of his latest book, Facing The Frozen Ocean, which was published by Macmillan.

Two years before he climbed Everest he suffered a near fatal parachuting accident in Africa. He broke his back in three places and narrowly escaped being paralysed for life. He spent a torturous year convalescing, constantly facing the fact that he might never be fit enough to attempt his childhood dream of climbing Everest. Despite moments of great pain and despair, Bear worked hard to regain full mobility and together with a team of friends he planned his expedition. With characteristic determination and charm he raised the enormous sponsorship needed and began training for the daunting challenge.

Bear spent three years as a Specialist Combat Survival Instructor and Patrol Medic with the British Special Forces. He became the Youngest Briton to climb Mount Ama Dablam in the Himalayas (22,500 feet), a peak described by Sir Edmond Hillary as 'unclimbable'.

As a keen environmentalist, he led the first team to Jet Ski around Britain testing a pioneering new fuel made from rubbish and owns a nature reserve on an island, off the Welsh coast. When he is not on his island, Bear lives on a houseboat in London with his wife Shara, baby Jesse and Nima the Labrador.

I have never had such a positive reaction to a guest speaker before, the team were simply enthralled, an inspiration to all who listened! Somehow you still managed to make the challenges we face in our jobs relevant on a personal level to yours.
- CHIEF EXECUTIVE, BRITISH AIRWAYS

Bear was exceptionally well received by the audience, we thought he scored 10 out of 10.
- TRADING DIRECTOR, COCA COLA ENTERPRISES LTD

Bear has a wonderful way of conveying his passion and excitement of the life threatening adventures he has been on in a highly personal and compelling way, the ripples he has sent out across our business has been terrific. His delivery and content for our conference was excellent.
- BP INTERNATIONAL

Your talk went down extremely well with all of our audience, I received special thank you letters from the Chief Executives saying that your speech was the most entertaining we have had to date. One of the best speakers we have had in years.
- W H SMITH LTD 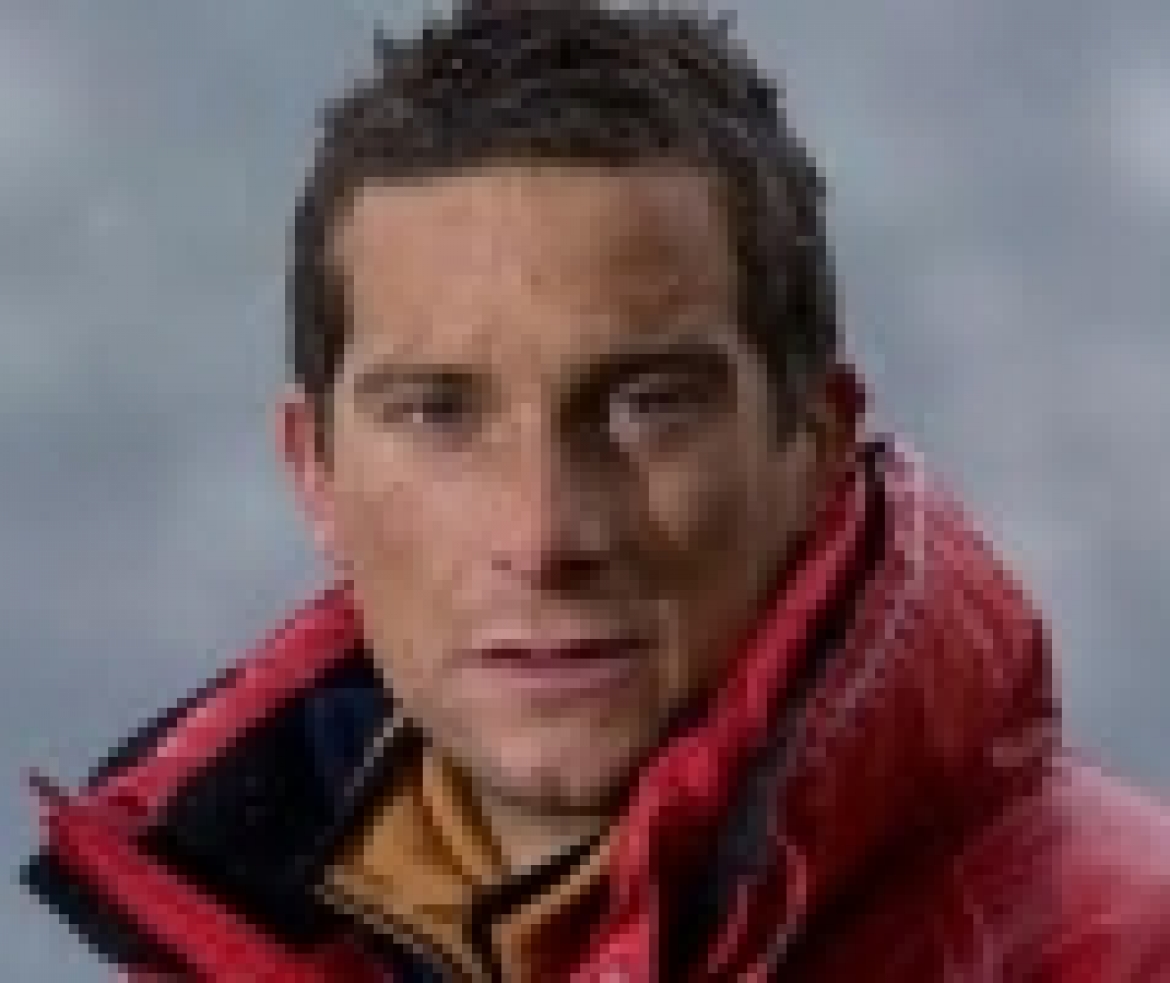