Ever wanted to meet Arnold Schwarzenegger, Owen Wilson or even Homer Simpson? Well chances are, if you spend enough time with Ben Price you'll be holding a conversation with them before long. A gifted mimic, comedian Ben Price will have you thinking you are talking to the real deal as he rolls through his perfectly polished repertoire of impersonations.

Since competing in the Grand Final of Australia's Got Talent, Ben has become a highly sought after comedian, heard around the country on various FM stations. His recent one-man show, Ben Price in Celebrities Got Talent sold out every performance and he had the honour of taking on the persona of Bear Grylls as the face (and voice) of the Caravan and Camping Show's media campaign.

Ben discovered his talent for impersonating voices at the age of 10, and used his unique talent to entertain classmates and pull pranks. Since growing up (well kind of!) He has developed an impressive repertoire of over 100 character voices, including Dr Phil, Liam Neeson, Robert DeNiro, Morgan Freeman, Sir Sean Connery, Australian PM Kevin Rudd, John Cleese, Barack Obama, Tom Cruise, Donkey, Shrek, Homer Simpson and many more. His impersonations are exact in sound, and in full costume and make-up, Ben can also look the part, mimicking his subject's exact mannerisms.

Ben has performed several times in the Melbourne International Comedy Festival, with sell-out shows with Melbourne the Musical, Who Am I? and The Best Show Ever. He has performed the hugely successful Hollywood Live & Uncut at The Palms at Crown and he had sellout shows performing as Dr. Phil in What were you thinking? This was followed by a successful regional tour all over Victoria. He's appeared on Channel Nine's A Current Affair as Dr .Phil, The Comedy Channel on Foxtel and on Channel Ten's The Panel Christmas Wrap as Ian Thorpe. Ben has appeared on various other TV shows; including The Footy Show, The Sunday Footy Show, Rex Hunts Footy Panel, The Today Show, The AXA Grand Final Breakfast, Live n' Kicking, In the Limelight and The Good Friday Appeal.

Ben is highly sought after for corporate appearances worldwide and some of his corporate clients include Telstra, AMP, Commonwealth Bank, Mercedes Benz, Mobil, Foxtel, Bendigo Bank, Realestate.com.au, McDonald's, Sony Ericcson, Microsoft, BT, Tourism Australia, Cadbury and many more. Ben Price has made appearances in TV commercials for such brands as Toyota, Holden, Just Klapp, Just Jeans and Victorian Caravan and Camping Show. His many character voices have also been used for several radio campaigns.

Ben Price is a national talent at an international level, having performed overseas on many occasions, and most recently wrapping up a comedy tour of New York at Dangerfield's Comedy Club. Ben's material is clean and can adapt to any organisation or event. He is a versatile talent who can appear in character if requested, or perform MC work as himself, while incorporating many characters into a routine.  With so much experience in the corporate sector and circuit work, and with so many characters, it's no wonder Ben Price is known as Australia's Best Impersonator!

Absolutely sensational! Everyone had a fabulous evening and would recommend Ben for any event if they are looking for the WOW factor
- Microsoft

Ben was one of the best MCs we have had throughout the 6 years I have been organizing conferences. He is funny, witty, has many characters to offer which keep the audience entertained and brings a relaxed approach to an atmosphere that can often be frantic and stressful. I have received so many comments from our delegates post conference stating that Ben has been our best MC yet
- Professionals Real Estate

Not even 300 female football fans could throw Ben off. An amazing Dr.Phil that had us all laughing and wanting more of his uncanny impersonations. A sensational addition to our annual Ladies Luncheon.
- Sydney Swans

Your impersonation of Borat during the opening function of the 2011 nMB Annual Conference was outstanding. The character was convincing and entertaining and the public "roast" was well received.
- National Mortgage Brokers

At first as we came around the corner we actually thought it was Matt Preston standing there. The makeup, voice, gestures were all so spot on! MattÃ¢Â€Â¦.I mean Ben would have no problems fooling a crowd that he was there as a special guest judge at any conference. WeÃ¢Â€Â™ve now seen Ben as Dr Phil, Borat (personal favourite) , Arnie and now Matt Preston and it still amazes us how he is the one person under all of these terrific characters!
- Professionals Real Estate

Ben was amazing! He was the absolutely right fit for our crowd, he is extremely professional and was able to feel out the energy in the room and work with items thrown at him off-hand. Sitting through 130 Awards is not usually a pleasant experience for anyone, but Ben made it very interactive and enjoyable, it would be a pleasure to work with him again in the future.
- Fuji Xerox

From a client point of view: Ben is a delight and is so very easy to get along with. You should have every confidence that whoever you send him out to will not have any issues with his professionalism. From a performance point of view: I certainly heard nothing throughout the crowd but praise for his performance. I was looking about during his act and there were a number of people absolutely doubled over with laughter. Some of the comments from our delegates were as follows: "That's my kind of humour, loved him", "What a fantastic performance, some comedians need to use bad language to get a laugh but Ben certainly doesn't do that", "How does he do that.....what a talented man!". We did have a very small amount of people at our event that had seen Ben two months ago at our conference in March and comments from them were that Ben certainly did have some new and different content in his act that made them laugh just as much as the last time.
- Bendigo Bank 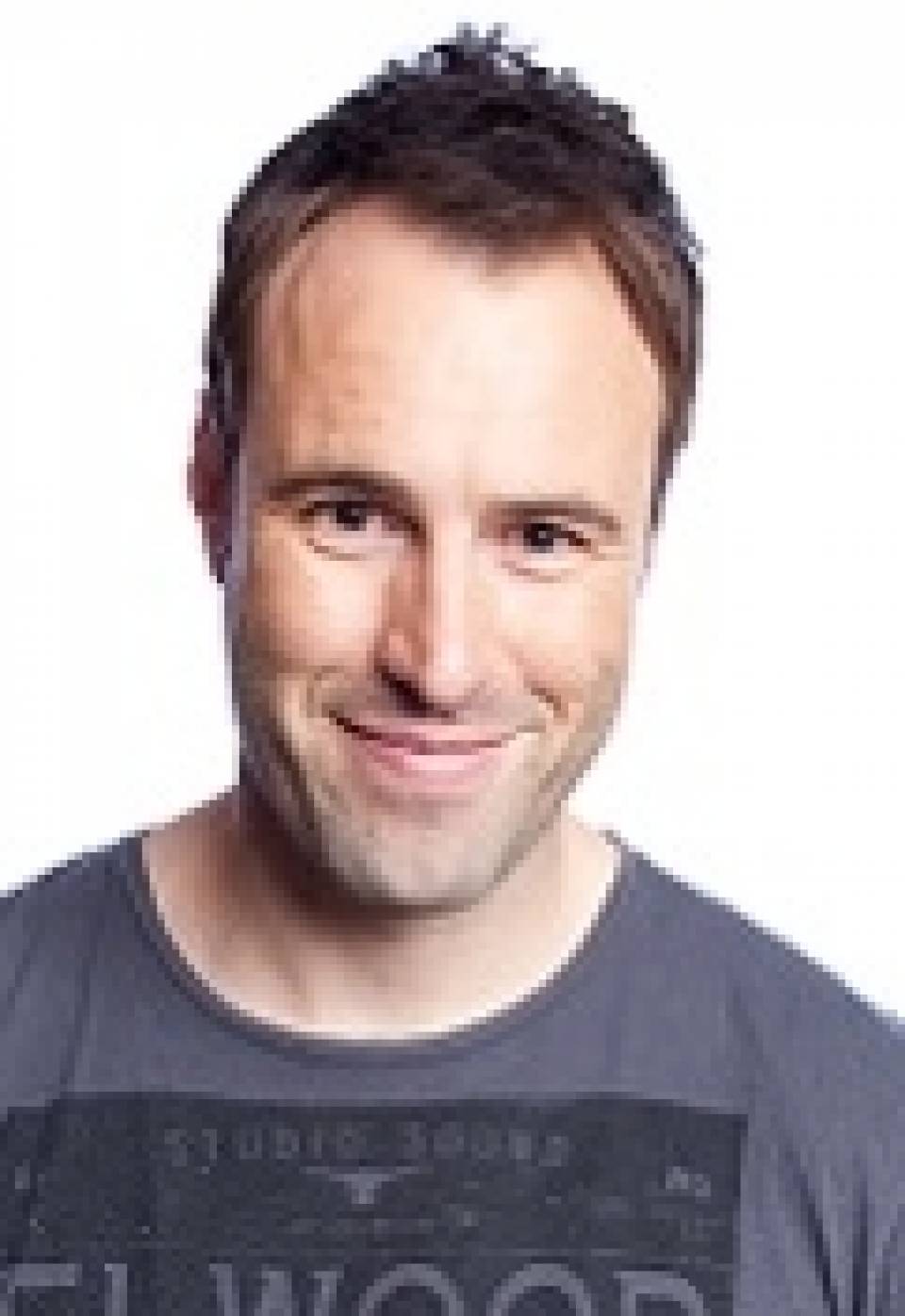