Ben Roberts-Smith served with distinction in the Australian Army and Special Air Service Regiment.  His service includes operational deployments to East Timor, Fiji, Iraq and Afghanistan.  Ben is a recipient of the highest award in the Australian military honours system, the Victoria Cross for Australia, awarded in 2011 for the most conspicuous gallantry in action in circumstances of extreme peril in Afghanistan.  Ben was also awarded the Medal for Gallantry in 2006 and the Commendation for Distinguished Service in 2013.  He is the Commonwealth's most highly decorated serviceman from the war in Afghanistan.

Ben's contribution to Australia extends past his military service;  he is Patron of the White Cloud Foundation who assist sufferers of depression and Wandering Warriors who support current and ex-servicemen.  He is also a National Ambassador for Legacy.

Since retiring from the Armed Forces, Ben has been a leading strategic advisor to Government and industry on a broad range of defence, security and personnel issues.  Ben is the Duputy Chair of the Prime Minister's Advisory Council for Veterans Mental Health and is also a member of the Queensland Veterans Advisory Council.

Ben has a business, advising clients across a range of sectors in relation to corporate culture, strategic restructuring and change management.  He has focused extensively on assisting companies during change management processes and on helping industry to reap the benefits of a high performance workplace culture.

Keynote Presentation - Frontline Leadership
In his keynote presentation 'Frontline Leadership', Ben Roberts-Smith will not only drive your team to succeed through the application of proven methodologies, but will also offer the insight of a leader who has been providing the Australian Government with positive strategic outcomes in the world's most dynamic environments for over 17 years. For his generation, Ben is the most highly decorated serviceman within the Commonwealth and is one of Australia's proven leaders.

He is a soldier who embodies Army's values of courage, Initiative, and Teamwork and the ethos of the Special Air Service Regiment. He is held in the highest esteem by his peers, subordinates and superiors alike for his personal attributes and his professionalism.
- Lieutenant General Ken Gillespie AC DSC CSM, Chief of the Australian Army

Ben was outstanding Ã¢Â€Â“ 10 out of 10. Standing ovation. IÃ¢Â€Â™ve seen a lot of speakers throughout my career and Ben tops the list. Never seen a sales team so engaged and they are just raving about him
- Head of Sales, Realestate.com.au

They say life is not measured by the number of breaths you take, but by the moments that take your breath away. Ben's presentation was breathtaking, quite simply he's one of the most inspiring men on the planet.
- Business Director, Imagination Melbourne

Overnight I have received a flood of emails from our dealers praising us for selecting Ben (I don't usually get any feedback at all). They thoroughly enjoyed his presentation and were really touched by his stories. Ben completely put us out of our comfort zone and made us realise how precious life is. And they way to tied in his experience to our business objectives was spot on. Please tell Ben that he nailed it and that we were thrilled to have him part of our event which will become one of the most memorable for years to come.
- Regional Marketing & CS Manager, Toyota

There is no question that Ben's story will go down as potentially the greatest in the modern era. Even at its most basic level, people have an appreciation for what the Victoria Cross represents. It is seldom awarded and it is even rarer that you can experience firsthand the actions that took place in order for it to be bestowed. Ben's story is however far greater. His 18 years within the Australia Army has taught him so much of leadership, morale courage, discipline and integrity. This alone would be enough to get my attention, but when coupled with actions on the battlefield, it would be remise of any business not to engage Ben and experience this for themselves. You won't get a more patriotic and life-humbling presentation; ever.
- Chief Executive Officer, Jarvis Cars

I just wanted to thank you for delivering a truly inspiring speech to our inaugural awards night dinner. You really played your role in setting the scene and supporting the overall success of our conference. You recounting what is a truly inspirational story in relation to your heroic role in delivering a great outcome for your team and our country in Afghanistan. Whilst your story is inspiring alone, it is how you told it that was so good. You succeeded in making us feel like we were there and helped us to begin to have that slight understanding of what it must have been like. So well done and thank you for your great contribution to making our conference the success it was.
- Chief Executive Officer, Grant Thornton Australia

Ben is such an engaging speaker, he has such a great story but the message is clear and identifiable to the audience. I would highly recommend Ben for my future events should he fit their brief, and IÃ¢Â€Â™ll recommend to any colleagues.
- Event Manager CC Conferences 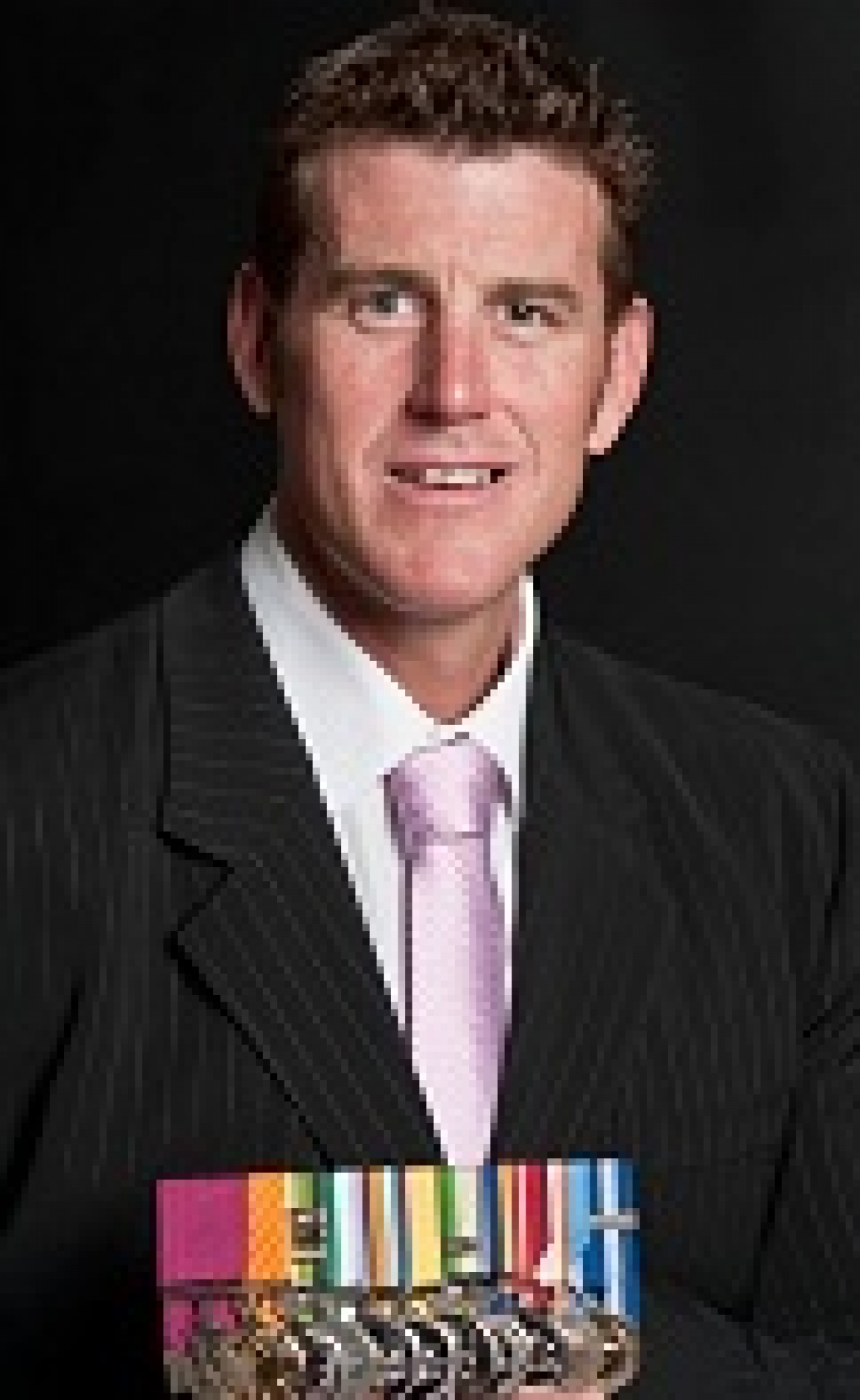