For almost three decades Caroline Adams Miller, MAPP has been a pioneer with her ground-breaking work in the areas of goal setting/accomplishment, grit, happiness and success. She is recognized as one of the world’s leading positive psychology experts on this research and how it can be applied to one’s life for maximum transformation and growth. In 2015, she was named “one of the ten Positive Psychology coaches to follow.”

Caroline has been featured in hundreds of magazines, newspapers and other media around the world for several decades, including The New York Times, The Washington Post, USA Today, US News and World Report, ABC, CBS, NBC, NPR and CNN. She was the first Positive Psychology expert to bring coaching and happiness to satellite radio via XM with her “Positive Tip of the Day.”

Caroline’s TEDx Talk on grit, The Moments That Make Champions has received great reviews. Angela Duckworth, winner of the 2013 MacArthur Fellowship for developing the Grit Scale, said about the presentation, “Beautiful talk by a paragon of grit! Bravo, Caroline!” Caroline’s keynotes and workshops inspire and empower her audiences to set and accomplish goals by using their grit, helping them to be more successful and happy in work and life. Past clients have included: Young Presidents’ Organization, Edward Jones, Morgan Stanley, WorkHuman, Columbia University, Brown Brothers Harriman & Co, The Wharton School and the American Society of Journalists and Authors.

Caroline is the author of six books, including the bestselling My Name is Caroline (Doubleday 1988), which was an Alternate Selection of the Literary Guild, and Positively Caroline (Cogent 2013), its sequel. Creating Your Best Life (Sterling 2009), is the first mass market self-help book on the science of happiness and how it intersects with the science of accomplishing goals. It is used as a textbook in numerous coaching and Positive Psychology classes around the world, and was lauded by the “father of Positive Psychology,” Martin Seligman, in his bookFlourish. Seligman says that Caroline “added a major missing piece to the world of coaching” because of her ground-breaking and evidence-based connection between Positive Psychology and success. Her workbook, Your Happiest Life, is a four-week guide to help users learn how to set and accomplish goals in a step-by-step way through science-based activities and proven techniques. Caroline’s next book, Getting Grit (SoundsTrue 2017), will discuss why this character strength is so important to a flourishing life, who has it, and how to cultivate, amplify, and teach it.

Since 2000, Caroline has coached hundreds of individuals, from senior executives to professional athletes, and parents to politicians. She is a Professional Certified Coach (PCC) through the International Coach Federation.

Caroline is one of the first happiness experts to join and advise Happify, the world’s largest pioneering online tool dedicated to assessing and amplifying well-being through evidence-based games and activities. She created their goal-setting and grit tracks.

Caroline is a popular presenter in the University of Pennsylvania’s Wharton Business School Executive MBA program, where she is considered one of the world’s experts on the science of goal-setting, grit and their intersection with Positive Psychology. She was an adjunct lecturer in Positive Psychology and coaching at NYU’s School of Continuing and Professional Studies, and at the University of Texas-Dallas School of Management for almost a decade. She does webinars and training for dozens of organizations, including the VIA Institute on Character about well-being, productivity, grit, and success.

Caroline was an amazing closing keynote speaker at our Educating for Resilience Conference! Her knowledge of grit and what fuels optimal performance is just phenomenal and she is able to dynamically connect with her audience in such an authentic way. Caroline weaves her unique insights with the latest research in psychology to deliver a highly valuable session. We liked her so much, we’re having her back next June!
- Louisa Jewell, President, Canadian Positive Psychology Association

Caroline is the perfect combination of research knowledge and a practical approach to positive psychology. All the class was thrilled!!!!
- Enrique Tames, Head of the Institute of Wellbeing and Happiness, Universidad Tecmilenio

If you want to get-it-done and make-it-happen, then Caroline Miller is your go-to, must-see speaker. With solid rigorous science and moving stories that captivate and connect, both your heart and mind are engaged to reach your highest aspirations.
- Megan McDonough, CEO, Wholebeing Institute

Caroline, you delivered what we asked for and more! We've had terrific feedback that you were easy to relate to, your stories were relevant, and the research gave your talk credibility for a high-powered audience. Everyone agreed they got rejuvenated, reignited and recommitted to setting and accomplishing meaningful goals.
- Morgan Stanley

Caroline opened our conference with a talk about achieving happiness that was grounded in new research and, as a result, was thought-provoking as well as inspirational. Our audience of executive women continued to talk about Caroline's ideas for the rest of the conference. She really knocked it out of the park for us.
- Marion Asnes, Envestnet

Caroline Miller has been Vector’s Executive Coach for several months now, which has completely altered the dynamic of our entire office. Because of that success, we contracted with her to address our senior management team on the topics of positive phycology and “grit”. In my 40 years in business, I have never left a presentation with the enthusiasm for both business and life as I did yesterday. She spoke to us for two hours and without exception, every one of my managers wished she could have stayed longer. All I can say is “motivating, incredible and informative”
- Marc S. Berman, President & CEO of Vector Technical

“People are hungry for grit” was Caroline’s Adams Miller’s last line and it was greeted by a standing ovation. Caroline told inspiring stories, including her own, of ordinary and extraordinary grit from everyday life and she closed with ways to build grit and hope. We left the room inspired and ready to act. The positive feedback has been overwhelming.
- Colonel John Moore, US Army, Retired Program Coordinator, International Coaches Federation 2015 Conference-Kansas City

There are only two speakers I’ve ever heard who are worth the time, money and effort it takes to get there. One was the first blind person to achieve the summit of Mt. Everest. The other is Caroline. She is mesmerizing, authoritative and exceptionally skillful at communicating her passion for goal accomplishment and Positive Psychology.
- Dr. Tom Barrett, author of “Dare to Dream and Work to Win” 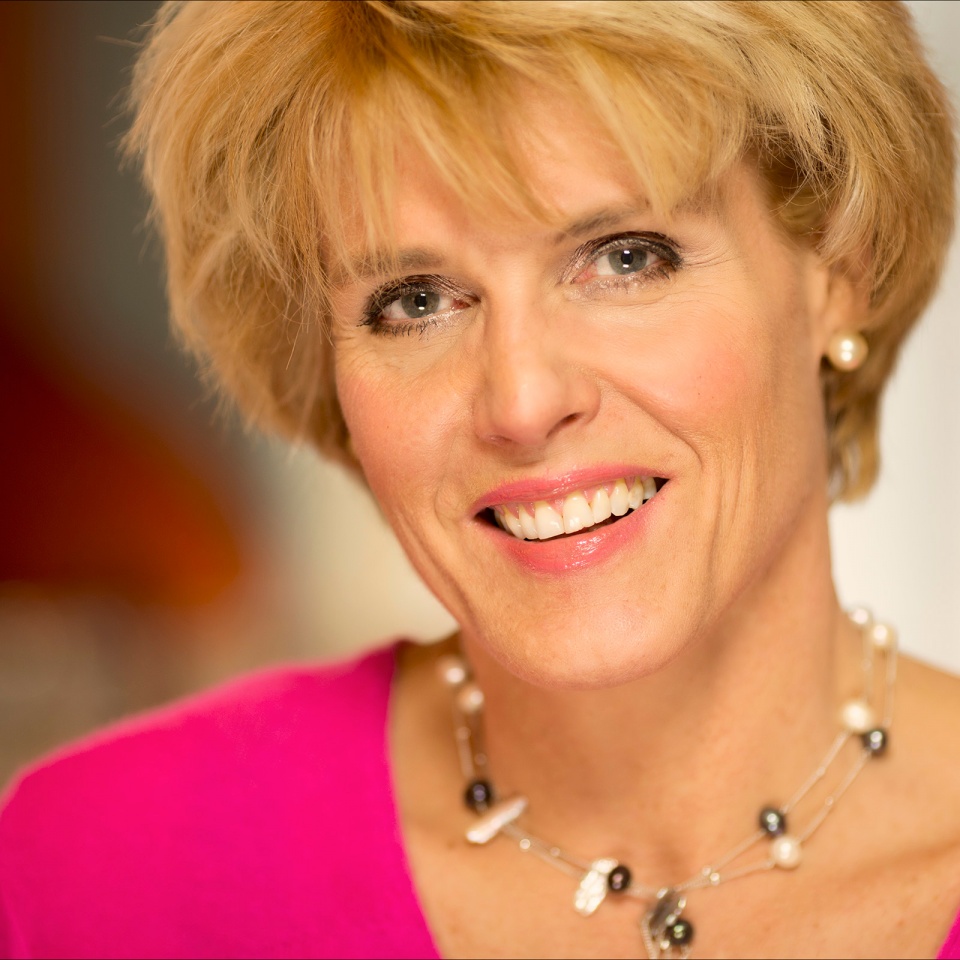