When MasterChef Series 1 contestant Chris Badenoch served up Duck Neck Sausage, Roasted Pigs Head and Beeramisu to millions of people in lounge rooms across Australia he knew he was taking a risk. Fortunately the judges absolutely loved the meal, not only for its great flavours but for the story that it told about Chris's food philosophy. More importantly, the meal resonated with millions of Australians and put old fashioned, traditional cuts and cooking methods back on the menu.

Known as the hat wearing beer merchant, Chris was one of the constant favourites to take out the title of MasterChef Australia Series 1 and was well regarded by the judges, industry and viewers for his technical cooking ability, food knowledge and clinical approach.

Chris shared with the audience his passionate views on eating and drinking. Namely that you can eat and drink exceedingly well without paying a King's ransom and if an animal dies to feed you, you have a social obligation to ensure that all parts of the animal are used respectfully. He demonstrated to a doubting public just how exceptional an ingredient beer can be and introduced many new people to the booming craft beer scene in Australia.

As promised he will open the doors to his boutique beer bar and restaurant in Melbourne later this year and his long awaited first book "The Entire Beast" publishes with Penguin Lantern in November of this year, it's striking, moody design and photography and its recipes so true to Chris's philosophy are sure to make it a Christmas favourite.
Chris resides in an old roller skating rink in Fitzroy Melbourne with his cat Cadbury, surrounded by his impressive collection of cookbooks, kitchenalia and his artworks. He uses his witty and dark sense of humour to communicate his thoughts on a cuisine that is close to his heart and stomach. While slightly off beat, unconventional and irreverent, tattooed and be-hatted, Chris is very entertaining and always memorable. 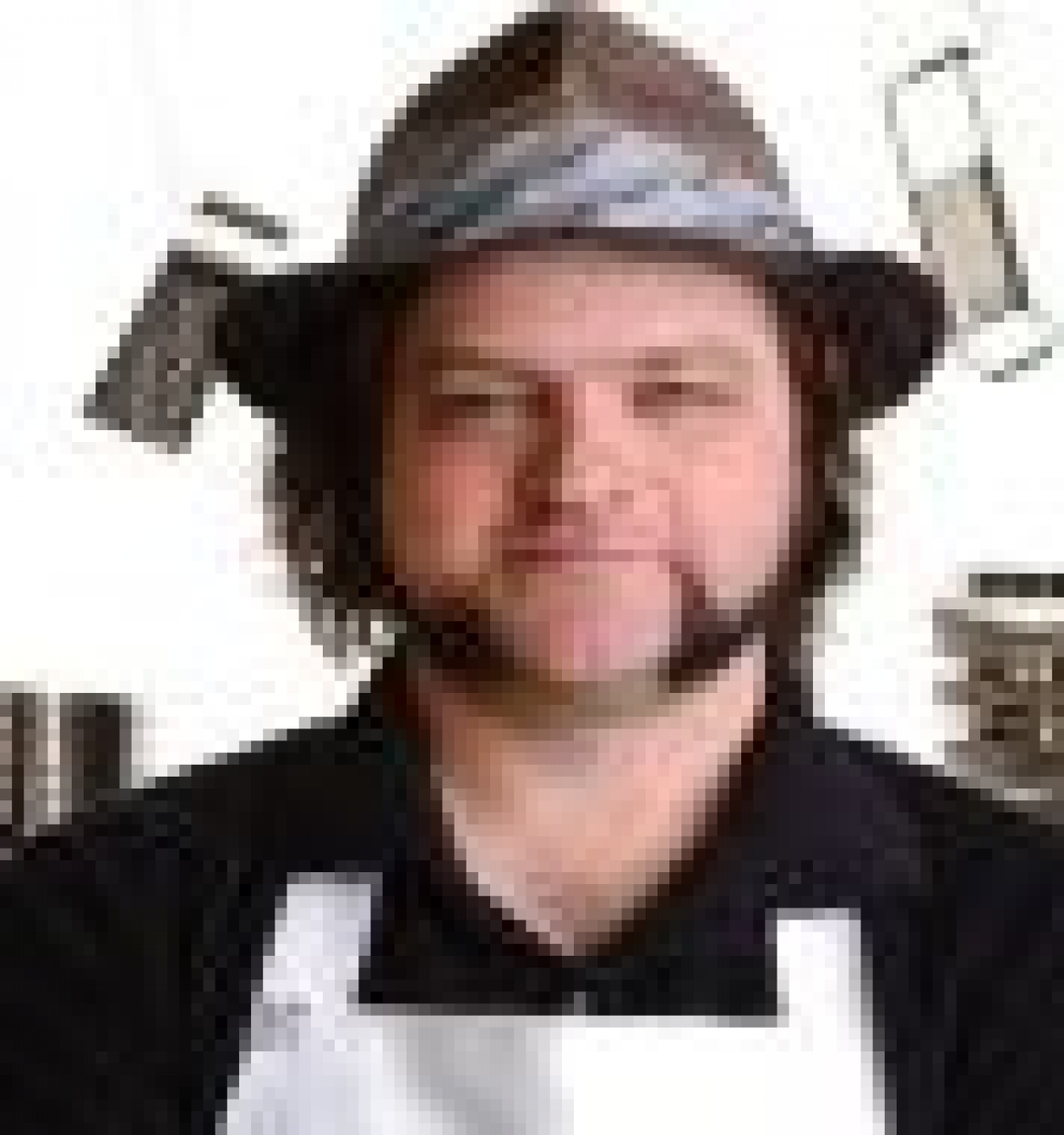