Chris Gardner is an Entrepreneur, Author, Philanthropist, and single parent whose work has been recognized by many esteemed organization.

The amazing story of Gardner's life was published as an autobiography, The Pursuit of Happyness, and became a New York Times and Washington Post #1 bestseller. The book spent over twenty weeks on the New York Times bestseller list and has been translated into more than forty languages. Gardner was also the inspiration for the movie "The Pursuit of Happyness". Will Smith starred as Gardner and received Academy Award, Golden Globe and Screen Actors Guild nominations for his performance. Gardner was an associate producer on the film.

In his second New York Times bestselling book, Start Where You Are: Life Lessons in Getting from Where You Are to Where You Want to Be, Gardner shared his philosophies on, and the crucial steps behind, creating a fulfilling, successful life. The book provided a much-needed blueprint for navigating tumultuous times with positivity, courage, tenacity, discipline and common sense.

Gardner was named the Ambassador of Pursuit and Happyness for AARP, which has nearly 40 million members worldwide. His mission is to share his hard-won wisdom to encourage the 50+ audience to pursue new challenges, search for fulfillment at any stage of life, or craft the legacy they want to leave behind.

Born in Milwaukee, Wisconsin, Christopher Paul Gardner's childhood was marked by poverty, domestic violence, alcoholism, sexual abuse and family illiteracy. Gardner published his autobiography out of a desire to shed light on these universal issues and show they do not have to define you. Gardner never knew his father, and lived with his beloved mother Bettye Jean, when not in foster homes. Gardner is indebted to Bettye Jean for his success as she provided him with strong "spiritual genetics" and taught him that in spite of where he came from, he could chart another path and attain whatever goals he set for himself.

Gardner joined the Navy out of high school and after discharge moved to San Francisco where he worked as a medical research associate and for a scientific supply distributor. As a new father to son Christopher Gardner Jr., he was determined to find a career that would be both lucrative and fulfilling. Fascinated by finance, but without connections, an MBA or even a college degree, Gardner applied for training programs at brokerages, willing to live on next to nothing while he learned a new trade. Chris Jr's mother left and Gardner, despite his circumstances, fought to keep his son because, as he says, "I made up my mind as a young kid that when I had children they were going to know who their father is, and that he isn't going anywhere."

Gardner earned a spot in the Dean Witter Reynolds training program but became homeless when he could not make ends meet on his meager trainee salary. Today, Gardner is involved with homelessness initiatives assisting families to stay intact, and assisting homeless men and women who are employed but still cannot get by. It is estimated that 18% of the homeless population in the United States is employed; in some communities that estimate is as high as 30%.

Gardner worked at Bear Stearns & Co for 5 years where he became a top earner. He then founded the brokerage firm Gardner Rich in Chicago from his home with just $10,000. Gardner Rich LLC a FINRA registered broker-dealer specializing in servicing public pension funds and Taft-Hartley plans. In addition to expanding its core business as an institutional securities broker, Gardner Rich increased its participation in corporate underwriting and expanded its brokerage services to include trading in global markets through both ordinary and ADR form.

As a single parent for 25 years, Gardner has demonstrated his concern for the well-being of children through his work with and on behalf of organizations such as the National Fatherhood Initiative, the National Education Association Foundation and the International Rescue Committee. Gardner is still very committed to Glide Memorial Church in San Francisco; where he and his son received assistance in the early 80's.

Gardner has also been honored by the NAACP Image Awards with awards for both the book and movie versions of The Pursuit of Happyness; Los Angeles Commission on Assaults Against Women's (LACAAW) Humanitarian Award; The Continental Africa Chamber of Commerce's Friends of Africa Award; The Glaucoma Foundation's Kitty Carlisle Hart Lifetime Achievement Award; The Securities Industry and Financial Markets Association (SIFMA); Covenant House, Common Ground and other organizations committed to combating violence against women, homelessness, and financial illiteracy - issues of the utmost importance to Gardner.

Chris Gardner's aim, through his speaking engagements and media projects, is to help others achieve their full potential. His practical guidance and inspirational story have made him a frequent guest on CNN, CNBC and the Fox News Channel. He has been featured on "The CBS Evening News," "20/20," "Oprah," "Today Show," "The View," "Entertainment Tonight," as well as in People, USA Today, Associated Press, New York Times, Fortune, Entrepreneur, Jet, Reader's Digest, Trader Monthly, Chicago Tribune, San Francisco Chronicle, The New York Post and the Milwaukee Journal Sentinel, amongst other publications.

From the moment Ovations sent me footage of Chris I knew he had an amazing presence about him. His story combined with the takeaway messages is perfect for conferences like mine that pride themselves on inspirational events with great takeaways that attendees can implement in to their businesses straight away. His manner, voice, content and of course that unique laugh, had our audience mesmorised from the moment he began. Many of us were touched in different ways from him sharing his journey and I know there were few dry eyes in the house and yet there were people also taking notes at the same timeÃ¢Â€Â¦just so many great life lessons in his speech. As soon as he had finished I had 2,500 people on their feet applauding him Ã¢Â€Â“ I could not have asked for a better way to close my program.
- General Manager, TRET 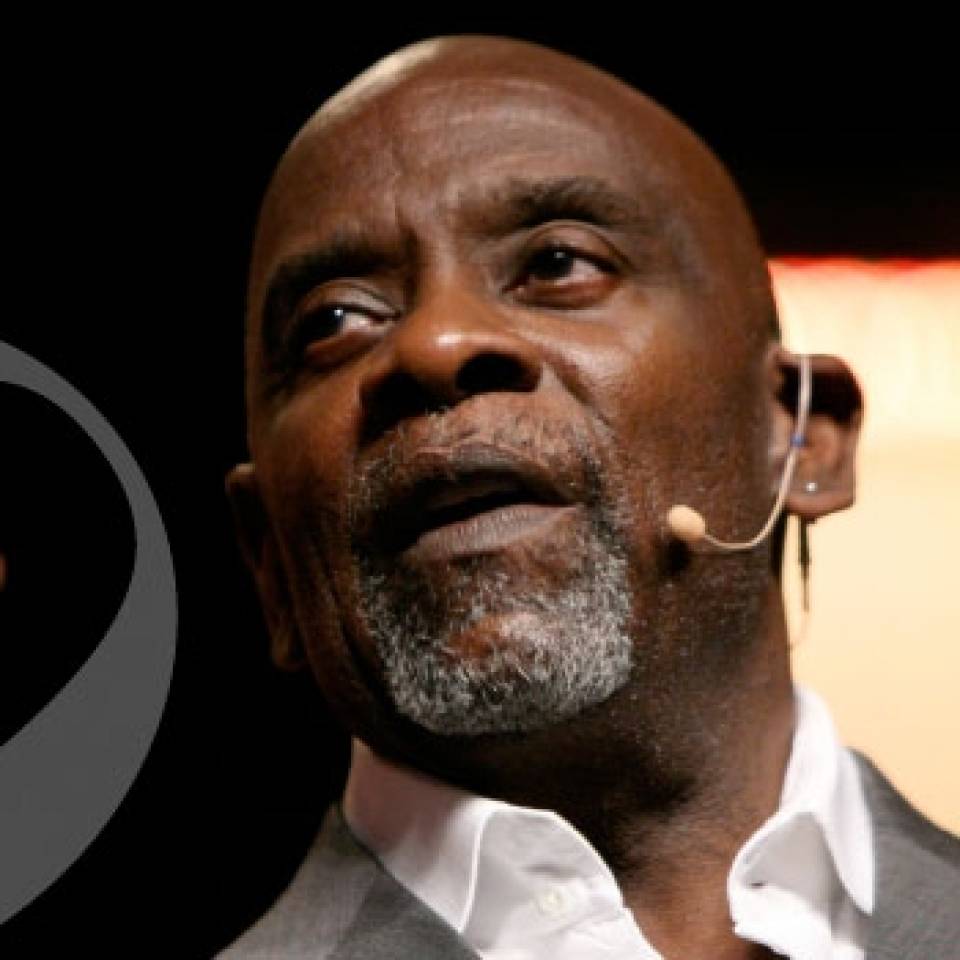