The affable Chris Handy belies the reputation that he developed on the rugby field. As a barrel-chested prop forward 'Buddha' Handy created mayhem on the rugby fields around the world with his uncompromising and rugged play.
A former Gregory Terrace student in Brisbane, Handy graduated through the Queensland Rugby Union when the now famous maroon jersey was beginning to earn respect. He played some 54 games for his state as Queensland rose from virtual obscurity to the world famous rugby provincial status that it enjoys now.

He went onto earn his Wallaby colours in the late seventies as a 'tough as teak' prop, playing six internationals. During which time he joined a rather select band of Wallabies to have lifted the Bledisloe Cup on two occasions after victories against arch rivals the New Zealand All Blacks.

In retirement Chris Handy's image has changed overnight! The former mild mannered, bespectacled accountant, these days is one of Queensland's most popular publicans. He has owned and operated Brisbane's toughest truckies pub, the Highway "Hilton" at Rocklea for sixteen years and Brisbane's real rugby pub, The Jubilee Hotel in Bowen Hills adjacent to Ballymore and "The Ekka" since 1992. Chris is now running the inner city Brisbane Tavern, which is soon to be known as Buddha's Brisbane Tavern.

Over the past seventeen years, he has developed into a multi media personality, M.C. and guest speaker of high repute and has established himself on the celebrity-debating scene. Of more recent times Buddha has featured in the humorous and off beat "AAPT Smart Chat' television advertisements. These ads have received rave reviews throughout Australia. In 1983 he became expert commentator on ABC television and was on hand at Twickenham in 1991 to call the drama charged final when Australia became World Champions. He was to repeat this unique experience with Channel Seven's "Spirit of Rugby" in 1999 when the Wallabies won their second World Cup by defeating the French at Cardiff Arms Park.

When the rugby coverage went to Commercial Television, he was snapped up by the Ten Network as a special analytical and colour commentator, a role that he still enjoys these days with the Seven Network and Fox Sports in Australia. He is also the resident rugby panelist on Seven's weekly sports show "Sportscene" in Brisbane and "Sports World", which is televised nationally.

His unique style has seen him travel the world to Britain and the continent, New Zealand, Argentina, South Africa, Hong Kong, Japan, France, Canada, USA and Fiji as he entertains the rugby fans back home both on and off the field and on television.

As his nickname suggests, the affable roly poly Buddha has built up a multitude of sporting anecdotes which has made him a very popular after dinner speaker and rugby author of "Well I'll Be Rugged" and contributor to many rugby periodicals. His stories are endless, his wit sharp, his style unique, making him a much sought after guest speaker both internationally and at home.

Chris Handy's no holds barred approach on the field and his unexpurgated and vernacular commentary style was vital to his mates off the field but he was hardly recognised as an entertainer on the field. These days, off the field he is the complete opposite.

Chris did a wonderful job, was extremely interactive with our guests and ensured a great time was had by all. I was particularly impressed with Chris' retention of guest names and his commentary on all games. It was a pleasure to work with Chris Handy...
- Marketing Communications Coordinator, Commonwealth Bank 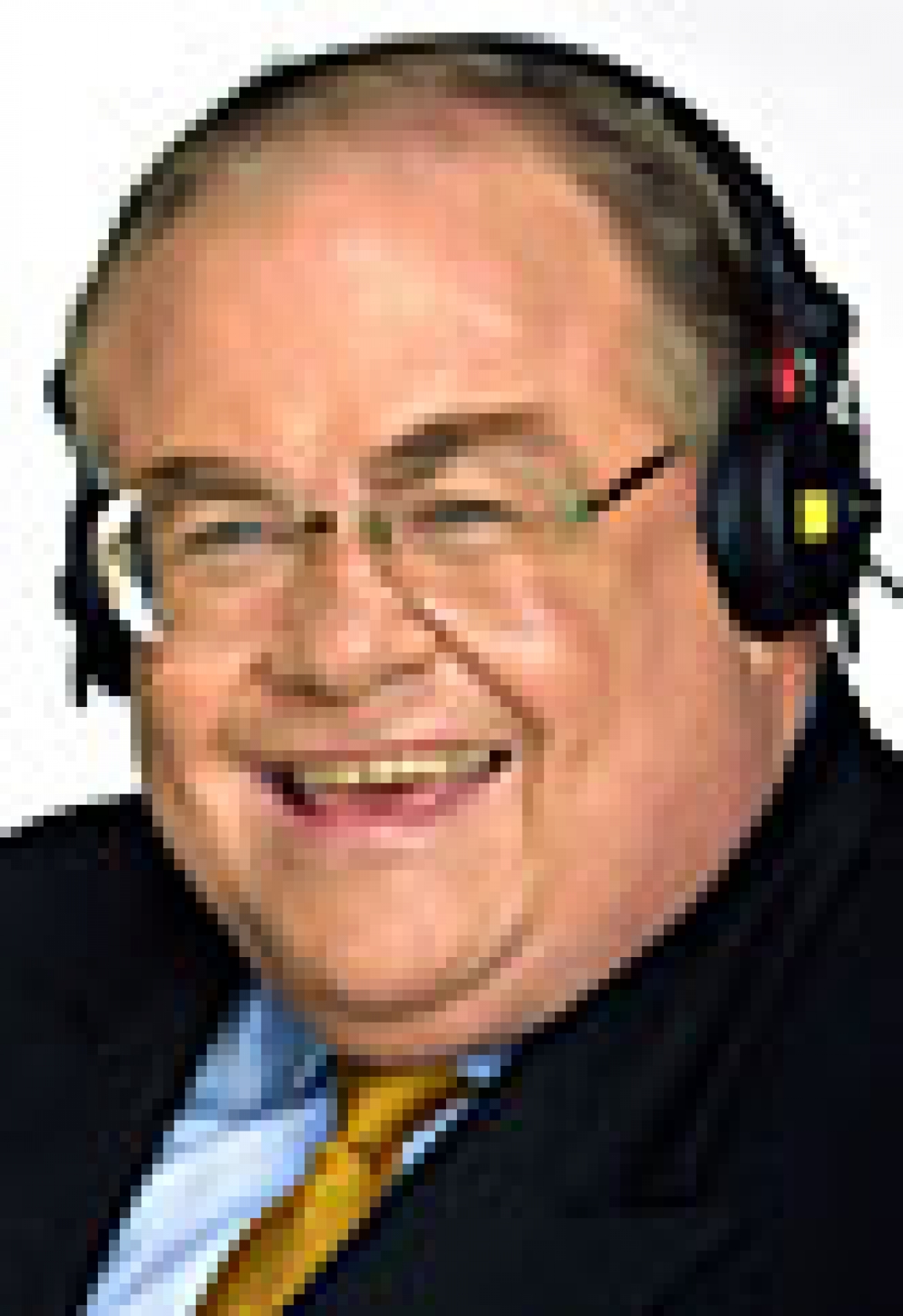