With his signature black T-shirt and combat fatigues Steve Willis (or Commando Steve as he is better known) has become one of Australia's most recognised and respected Fitness Experts. The ex-military man's incorporation of skills learnt in the Army, partnered with the principles of CrossFit form his own unique style of training - 'Get Commando Fit'.

As the oldest of four boys growing up in Queensland, Steve was always self-reliant and very physical. After finishing school, Steve joined the army where he was given the structure and direction he craved. Learning to push beyond physical and psychological barriers helped to build his focus and determination. He spent over a decade rising up the ranks of the Australian Special Forces, eventually becoming a Counter Terrorism Team Commander.

Qualification's that Steve acquired in the Special Forces include Parachuting on land and water, fast driving, weapons, close quarter battle, confined spaces, survival, helicopter - fast roping and airborne rappelling, amphibious operator and small boat handler, demolitions. In his own words "There is no place on this earth that I would not be able to survive. Uncomfortably yes but survive definitely!"

In 2004, Steve left his successful military career behind to become a fitness professional. The skills he had acquired in the army translated well to this new career, and he made it his goal to help others transform their lives through training.

In 2009 Steve placed 4th in the World Crossfit Games in Aromas California, beating over 50 other male athletes and solidifying his reputation as one of the top Crossfit Athletes in the World.

Steve became a familiar face on Australian television since putting contestants through their paces as a trainer since series two of Channel Ten's 'Australia's Biggest Loser'.  Steve has motivated, inspired and pushed contestants to levels of physical and mental fitness they never dreamed possible.

His first book, No Excuses, published in 2010 explored his journey as well as the fitness philosophies he so passionately believes in.  2015 will see the launch of a further two books, Get Commando Fit January 2015  and Get Commando Fit cookbook April 2015 with Hachette Publishing Australia.

Steve runs regular one-on-one, group training sessions and boot camps all over the country where he trains clients with his 'Get Commando Fit' method to help them become they best they can be. To kids, he's an Action Man coming to life and they love him (so do their mums!). At the inaugural Nickelodeon Slimefest, children voted him the celebrity they most wanted to see slimed in the 'dunk tank'. Never one to shrink from a challenge, Commando Steve bravely took to the stage and received the honour of becoming Nickelodeon's first ever full-body slime submersion.

Ã¢Â€ÂœEveryone at the club had an awesome time, we have some great photos up on our Facebook page if you get a chance to take a look. We truly hope Steve had an awesome time as well. I have the waivers for you, I will get them copied this week and post you the originals. We will be in touch about making another booking for Steve to hopefully coincide when our new gym opens next year as wellÃ¢Â€Â
- Narella Hollywood Ã¢Â€Â“ Manager Ã¢Â€Â“ Club Aquarius Health Club

"Putting together a Real Estate training event is no easy task. The space is crowded and talent is everywhere. We were looking for a celebrity homegrown speaker with a story. Someone who could headline our event promotionally. We had some awesome real estate speakers lined up but needed a mindset coach. Someone who could get into the heads of our attendees and deliver a powerful and lasting message. Commando Steve didn't disappoint. He prepared well and right from the start, our guests were spellbound by his story and his message. He took us all on an empowering journey of self discovery, personal accountability and just a little bit of soul searching. When he got us on our feet for a series of Commando star jumps at the end of his address, even the old school hardcore 'doubters' were into it. At the lunch break the line up for photos was over 30 minutes long. I grabbed smart phones and took a shot of each person getting their photo taken with Steve. He greeted and engaged each person like they were the only one there. Very impressive stuff and the best celebrity speaker we could have hired"
- Ray Wood. CEO Bestagents Real Estate Group. Sydney NSW.

Ã¢Â€ÂœCommando Steve assisted us here at St Leonards Fitness First to relaunch our newly refurbished Club to both our members and their guests. We decided to conduct a 70+ person circuit class. Each and every participant was eagerly anticipating the arrival of Commando Steve. Commando Steve drilled our participants through an hour long session, both educating and motivating them through to the end. He involved himself with all members and showed each one attention throughout the class. A meet and greet followed where members and staff had the chance to spend some time with Steve Willis himself. He was very impressive with his genuine nature and the care he expressed toward everyone. All staff and participants walked away thoroughly impressed with the entire experience and we would be quick to book him again for future events.Ã¢Â€Â
- Casey Brown. Assistant Club Manager Ã¢Â€Â“ Fitness First St Leonards, Sydney NSW.

Ã¢Â€ÂœSteve was an absolute pleasure to deal with, and out of all the guest appearances we have had at Willows Shopping Centre, he certainly received the most positive feedback from our customers, please pass on our sincere thanks. I think everyone is keen for Steve to start his own 12 week challenge online! Thank you also for organising everything, greatly appreciated.Ã¢Â€Â
- Kathy Langsford Ã¢Â€Â“ Dexus Property Group

Ã¢Â€ÂœI found Commando Steve to be very professional, passionate, intelligent and yet humble individual. Commando Steve was more than happy to interact with the Activelife team joking around and talking all things Health & Fitness. During RDO Sunday Commando Steve was happy to hang around CV1 gym and help out other gym users with technique or just a chat showing how truly passionate he is about what he does for a living. I was also luckily enough to have a one on one training session with Commando Steve. We would welcome Steve back anytime, the client, residents and ALC team thoroughly enjoyed having him on site. All feedback has been extremely overwhelmingly positive.Ã¢Â€Â
- Tim Ã¢Â€Â“ Activelife Coach Ã¢Â€Â“ Wheatstone Mine, WA 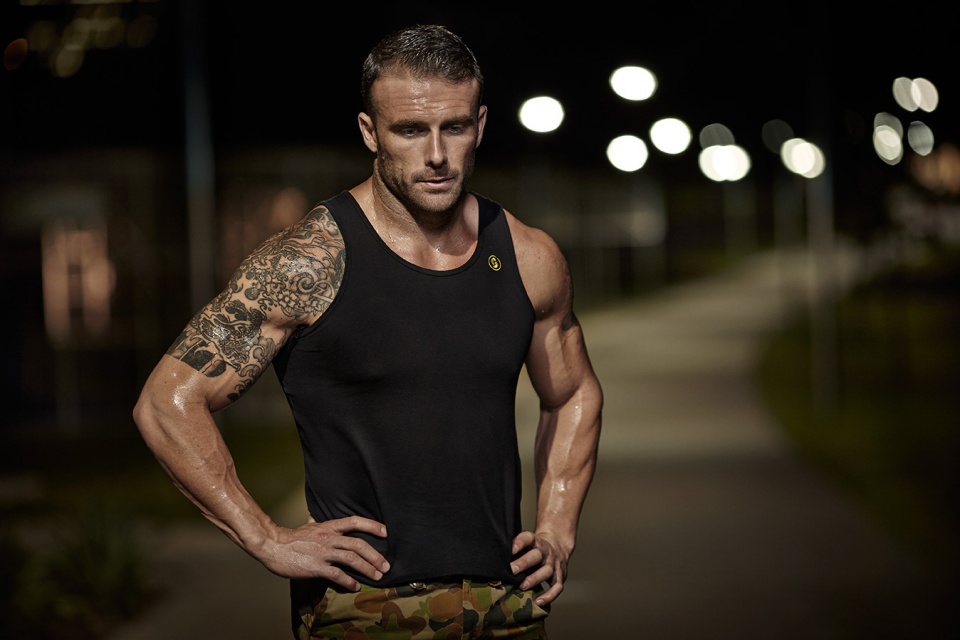