TWICE SHOT in the line of duty, an incredible story of bravery, courage, and resilience.

In the early hours of 1 May 2000, Constable Daryl Elliott Green was on a routine job when he was ambushed and TWICE SHOT in the face and shoulder. In the heat of the moment, despite his critical injuries, Daryl instinctively grabbed his firearm and began searching for the gunman. For his actions that night, he received the highest police award for bravery and a citation from the Governor General. He was also featured on an episode of Australian Story.

Daryl’s real story however – one so harrowing it will keep your audience on the edge of their seats – was only just beginning. What happened to Daryl and how he clawed his way back from the depths of despair is truly inspiring.

Daryl’s journey will captivate you. With an intuitive gift for public speaking, Daryl delivers powerful life lessons with energy, humour and optimism. He is a compelling and authentic speaker, and his down-to-earth style connects with people from all walks of life. He epitomises the capabilities of the human spirit that reside in us all: bravery, courage, resilience.

TWICE SHOT talks can be customised to suit your audience. They also include actual audio of the shooting, 3D computer modelling, 2D schematics of the incident, crime scene photos, and the offender’s profile.

Watch Daryl as he re-enacts the night he was shot and his extraordinary bravery as the terrifying events unfolded. Be transfixed as he recounts his journey of recovery. His multiple surgeries, his psychological battles, his return to policing, and amazingly how he overcame his fear of guns by becoming a firearms instructor, plus much more. Hear how he turned his life around.

In 2018, Daryl was honoured as a Lifeline Ambassador. He’s also received accolades from Professional Speakers Australia for his powerful keynote speaking.

Daryl’s inspiring story of sheer grit, drive and resilience is one your audience will not forget.

Lead others through a firestorm

To say you are inspiring would be an understatement. I listened to your presentation Friday and took the content home and spent the afternoon and weekend telling and re-telling my wife your story and sharing your resilience tips. We both came to agreement on one thing… and although you may have heard it before I still had to share this with you, both my wife and I believe if a hero had to be chosen out of this circumstance, it is you. Your actions on that day were heroic.

Your journey since that day, despite some very low points for you, is inspiring. Your ability and willingness to come out and so honestly share your entire experience to benefit others is truly heroic. I am a true believer of many of the points you bring up during your presentation when it comes to management of staff and how you treat people, communicate and lead. I can tell you that after listening to you speak, I have made several promises to myself as a leader – about how I communicate, how I give back what the QPS family has given to me over the years, and how I can contribute to trying to change culture.
- Police Negotiator Queensland Police Service

On behalf of QFES I would like to thank you for taking the time to prepare such an insightful and moving presentation. Your story is unique and compelling; the feedback from staff who attended has been tremendous. Stories like yours have helped inspire our staff not only to accept and embrace change but also to champion it when the need is recognised. Your contribution in achieving this is sincerely appreciated.
- Deputy Commissioner Queensland Fire and Emergency Services

Our leadership team’s workshop with Daryl was very powerful and delivered a number of key messages that have truly resonated with all that were there. Daryl’s personal insights into what has been an incredibly challenging period of his life has opened a range of conversations and created an opportunity for people to reflect on the importance of people and teams. I recommend Daryl’s workshop unreservedly – a true investment of time which exceeded my expectations.
- Regional Manager New Zealand Sinclair Knight Merz

The response to your resilience presentation has been overwhelming, so much so we have had you return three times over the past nine months. Feedback from each of the sessions has been exceptional, including: ‘I felt humbled and privileged to have had the opportunity to hear Daryl speak. It was a powerful and moving three-hour presentation from a truly courageous and resilient man, interspersed with good humour and audience interaction. I hope Daryl never tires of imparting his experiences and learnings. I came away with a great perspective on how sweating the small stuff is truly such a waste of time.’
- Learning & Development Manager Energex

I had the pleasure of witnessing Daryl’s presentation… It was easily one of the best I’ve seen – moving, informative and very entertaining. The first thing that struck me was the courage required to re-live that horrific event to try and help others who had suffered similarly. Then there was the mental strength needed to go from a depressed state to standing up in front of an audience and not only telling a demanding story but doing it in such an entertaining and informative way. Daryl deserves our thanks and our congratulations on what he’s doing for the community. If you have an opportunity to see his presentation live don’t miss it.
- Ian Chappell Australian Cricket Captain 1971-1975 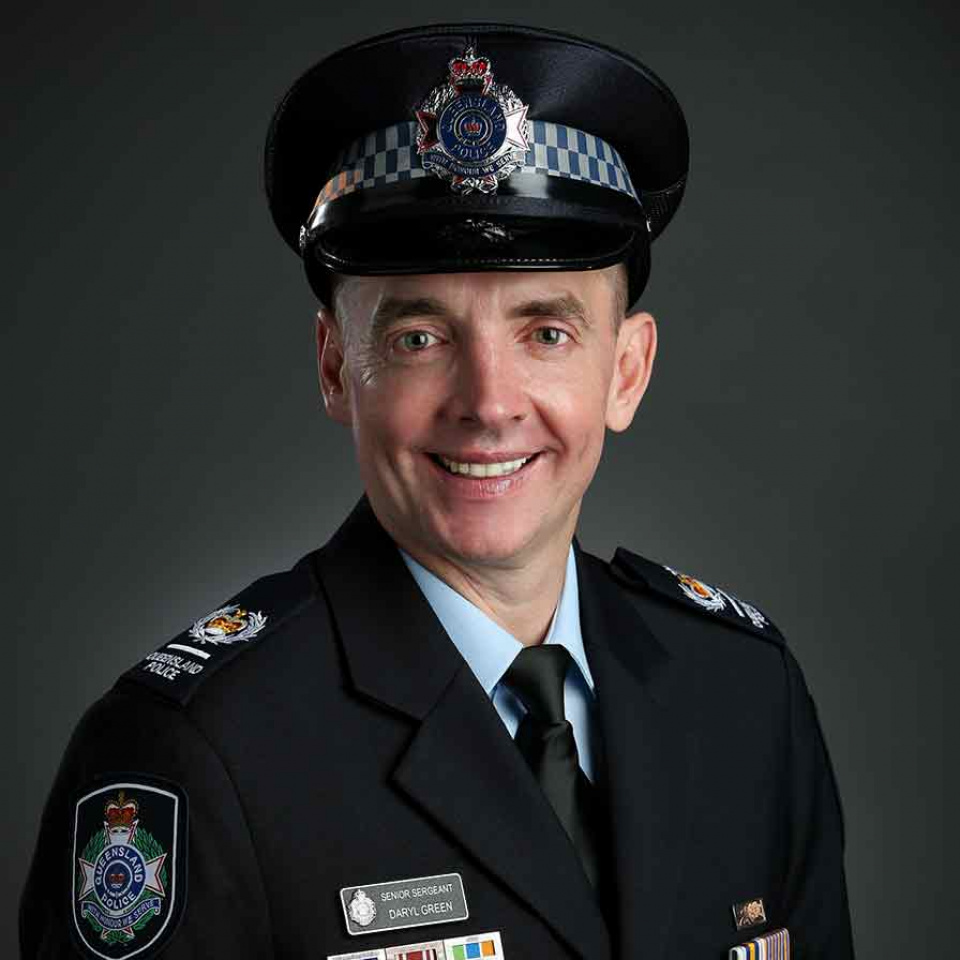