David's late father, George Foster, was in his own right a World Champion axeman. Accordingly, David and his father combined to win the world 600 mm double handed sawing championship eleven (11) times straight. Following on in his family tradition, David and his brother Peter Foster, have since extended the Foster grip on this World Championship by winning it an additional nine (10) times, a total of twenty (21) straight world titles.
Keeping it in the family, David's only son, Stephen at seventeen (17) years of age, is destined to follow his grandfather, father and uncle's footsteps into the explosive world of woodchopping after some exceptional performances at a number of the shows over the last twelve months. In every sense of the word, "a chip off the old block."

David is well known internationally, particularly in parts of the United States, The Netherlands, Ireland and Japan, and is revered as a hero in New Zealand.

David is now a much sought after corporate speaker. Listen, laugh and be inspired by David Foster, "The big guy from Tasmania," who made good to become one of the greatest world champions in living memory.

Also, experience and witness first hand the explosive and dynamic David Foster in action. For any corporate or other type of function, indoors and outdoors, you and your guests can be treated to a memorable demonstration of world class axemanship and entertainment. 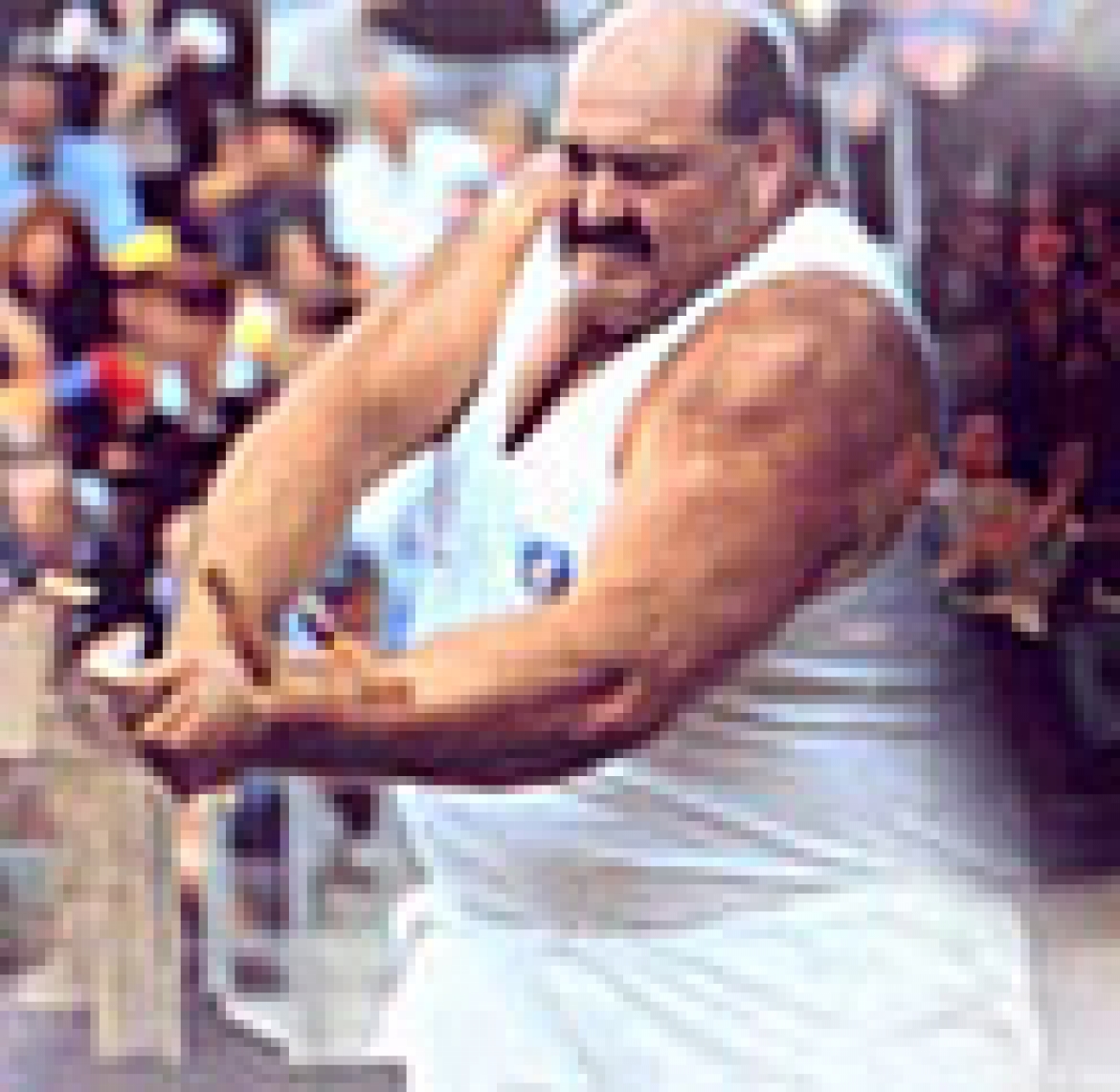