Award Winning Magic from one of Australia's highly regarded talents, Melbourne based Magician Duck Cameron's unique show captivates audiences worldwide with rave reviews, full houses & countless ovations! His portrayal of the classic magician reminds one of the elegance of an era lost and yet his sharp & often hilarious routines keep audiences on the edge of their seats! His energetic skill is the only art form encompassing all - music, dance, comedy, drama & illusion. With 25 years experience appearing at Corporate & Gala Events, Casino's, Weddings, Cruise Ships and high profile parties for Movie Stars, Rock Stars and even Royalty, engaging the services of Duck Cameron guarantees guests a magical event to remember!

So enjoyable, I requested his services twice in 12 months.
- Formula 1.Motor Racing Champion.

Duck is outstanding - entertaining and mystifying with his incredible & creative Magic. He is brilliant, using comedy & spectacle, bringing excitement & laughter to guests and leaving them spellbound by his illusions! He has worked for us for many years and we have every intention of continuing!
- Hyatt Asia Pacific.

Duck Cameron has honed his craft, incorporating dance and drama. A modern presentation of classic magic with a character that provokes laughter one second, then fear the next - as an 'actor playing the role of a magician' rather than somebody merely doing 'tricks', in a display that will have you on the edge of your seats.
- The Morning Sun - Hong Kong

We can't be sure if the full house was cheering the high energy theatrics of Duck Cameron or his Bombshell assistant! A combined treat!
- The Herald Sun - Australia

Of all the great magicians around the world, Duck Cameron is one of the few that allows one to truly believe in the magic before them, to relax to what they are witnessing, for his character conveys that of a true magical being!
- The New Dehli Age - India 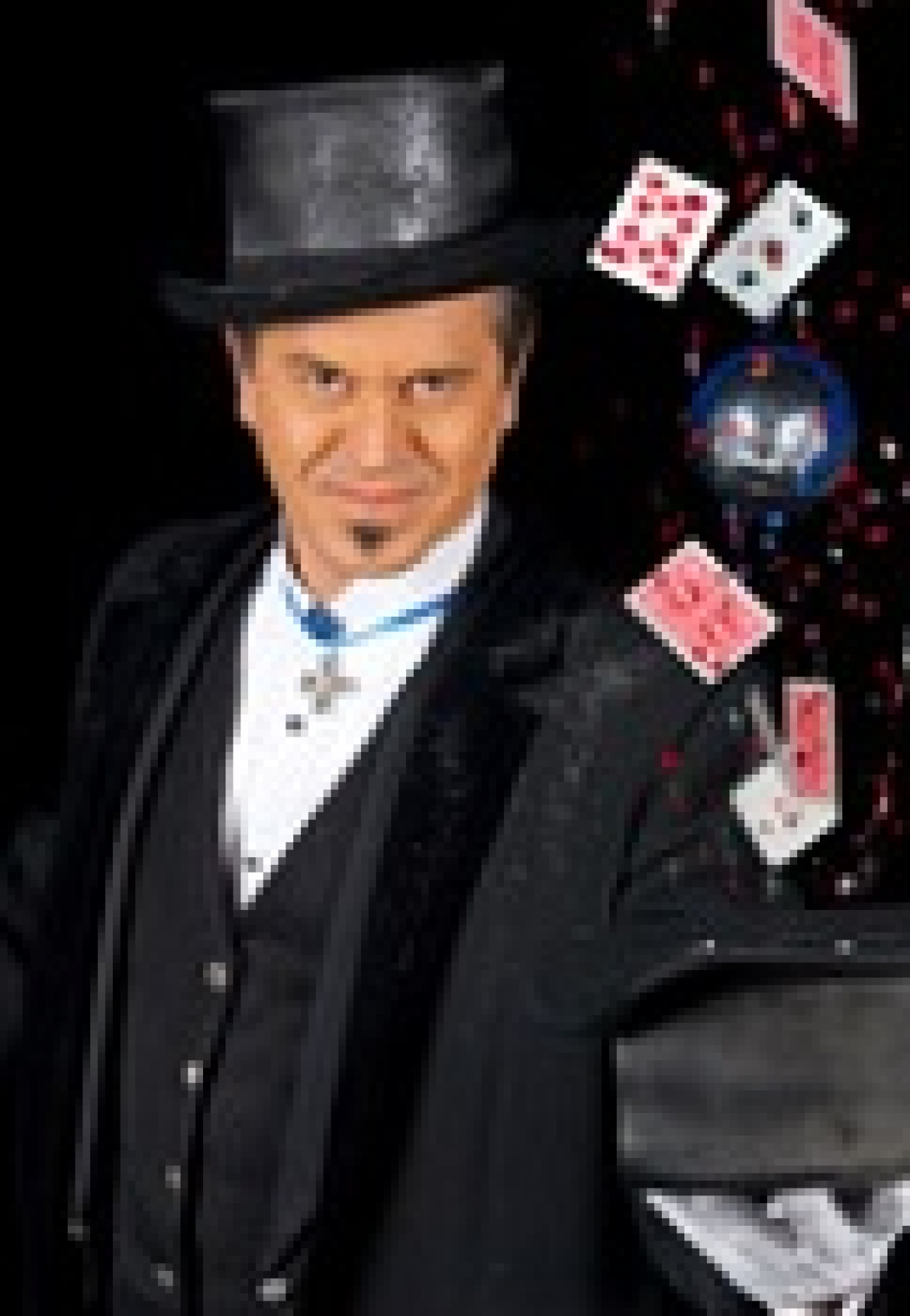