Many people have tried to describe the ten piece line up of The Enormous Horns - and most of them have failed. They've been called a smouldering funk band, a brassy soul revue, a hep jazz combo and a wild rock & roll band.
In truth, they're a little bit of all those things - but most of all they're a party band. From their diverse set list to their hilarious, energetic performances, The Enormous Horns are ultimately dedicated to entertainment.

For ten years now the Enormous Horns have toured Australia, Asia and the South Pacific, attracting a large and loyal following, whilst earning respect within the entertainment industry. Naturally some have tried to imitate the band however the others fail to deliver the excitement and sophistication that the Enormous Horns have refined in over a decade of professional entertaining.

Today, The Enormous Horns are one of the busiest, most successful acts on the Australian live circuit. Their versatility ensures their services are in constant demand for pub gigs, festivals, and corporate and private functions.

Combining great musicianship with a highly visual stage show that sometimes borders on the theatrical, The Enormous Horns incorporate everything from current radio hits to the Blues Brothers and Motown soul, from Frank Sinatra to Prince, Glenn Miller to Disco, tunes from the Rocky Horror Show, a "Retro" and Village People medley and much more.

The Enormous Horns continue to win over crowds wherever they perform and are consistently requested for return dates. 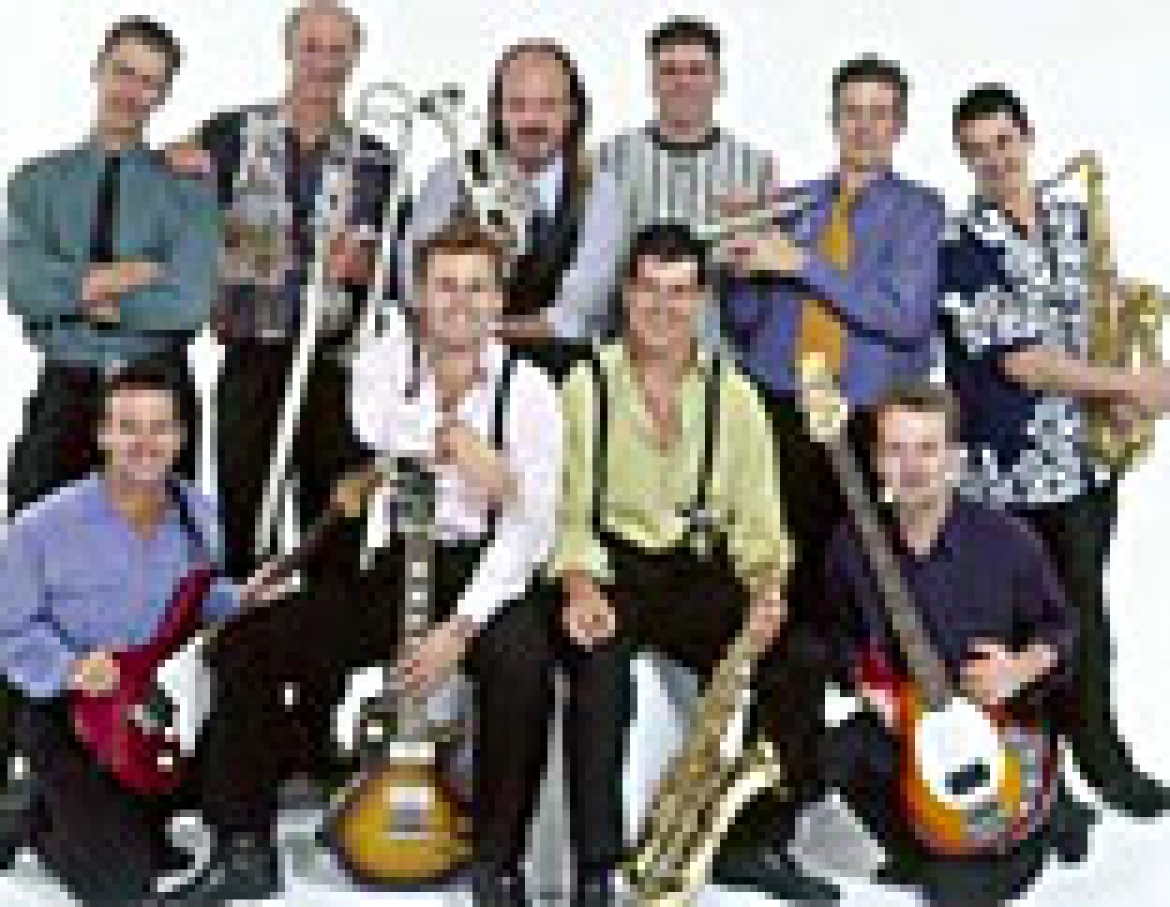