With back-to-back Melbourne Cup triumphs, Glen Boss is one of Australia's most accomplished and successful jockeys.
His feats of piloting Makybe Diva to victory in the 2003, 2004 and 2005 Melbourne Cups not only guaranteed Boss a celebrated place in Australian turf history but rewarded his determination to return to the saddle after a serious race fall threatened his career.
When Boss slipped from his mount in torrential rain on a racetrack in Macau in June 2002 the initial medical verdict pointed to an abrupt ending to his high-profile career.

When he crashed to the turf, Boss suffered two breaks in his neck that could very easily have led to life in a wheelchair. But the prompt action of a crack medical team and one of the world's top neurosurgeons enabled Boss to make a full recovery and after six months in a neck brace amazingly he was back riding trackwork.

Not only that, but less than six months later, Boss rode Pentastic to fifth place in the 2002 Melbourne Cup. "I was very lucky that such a skilled medical team was on hand in Hong Kong," reflects Boss, who at 35, is in the prime of his career. "Once I knew that I would achieve a full recovery my determination to ride again took control".

Although he has booted home 45 Group I winners since his debut as a senior jockey in 1990 in his home state of Queensland, the 2003 and 2004 Melbourne Cup victories aboard Makybe Diva stand out like a beacon. "When I won in 2003, I thought 'thank God I've done it' because it's every jockey's ambition to win this race," says Boss. "Knowing that you ended your career as a top jockey without winning Australia's No. 1 horse race would leave you with a hollow feeling".

Twelve months later, Boss lined up for the 3200 metres classic knowing that victory would ensure him a place in Australian turf history. "Winning in 2004 was an unbelievable experience," he says. "To me it was ten times a greater achievement than the year before. I just knew that Makybe Diva could do it if the circumstances were right. She's got a great set of lungs, great temperament and the incredible ability to sprint at the end of two miles". Victory on the first Tuesday in November 2004, when the nation stopped for Australia's most famous horse race, elevated Boss into a special category - the first jockey to win back-to-back Melbourne Cups.

Beaudesert-born Glen Boss has had a special relationship with horses since he was a toddler growing up on the family's cattle property at Caboolture. As a youngster he won stacks of pony club awards and also did his share of breaking in horses. Leaving school at 15, he moved to Gympie to start his riding apprenticeship and after riding 60 winners in less than 10 months he moved on to the Gold Coast where success followed him. Boss moved to Sydney in 1994 - and that is where his star-studded career really began to flourish. Wins in the Golden Slipper aboard Flying Spur and in the Chipping Norton Stakes riding Telesto in 2005 signalled that a special horseman had arrived on the scene. 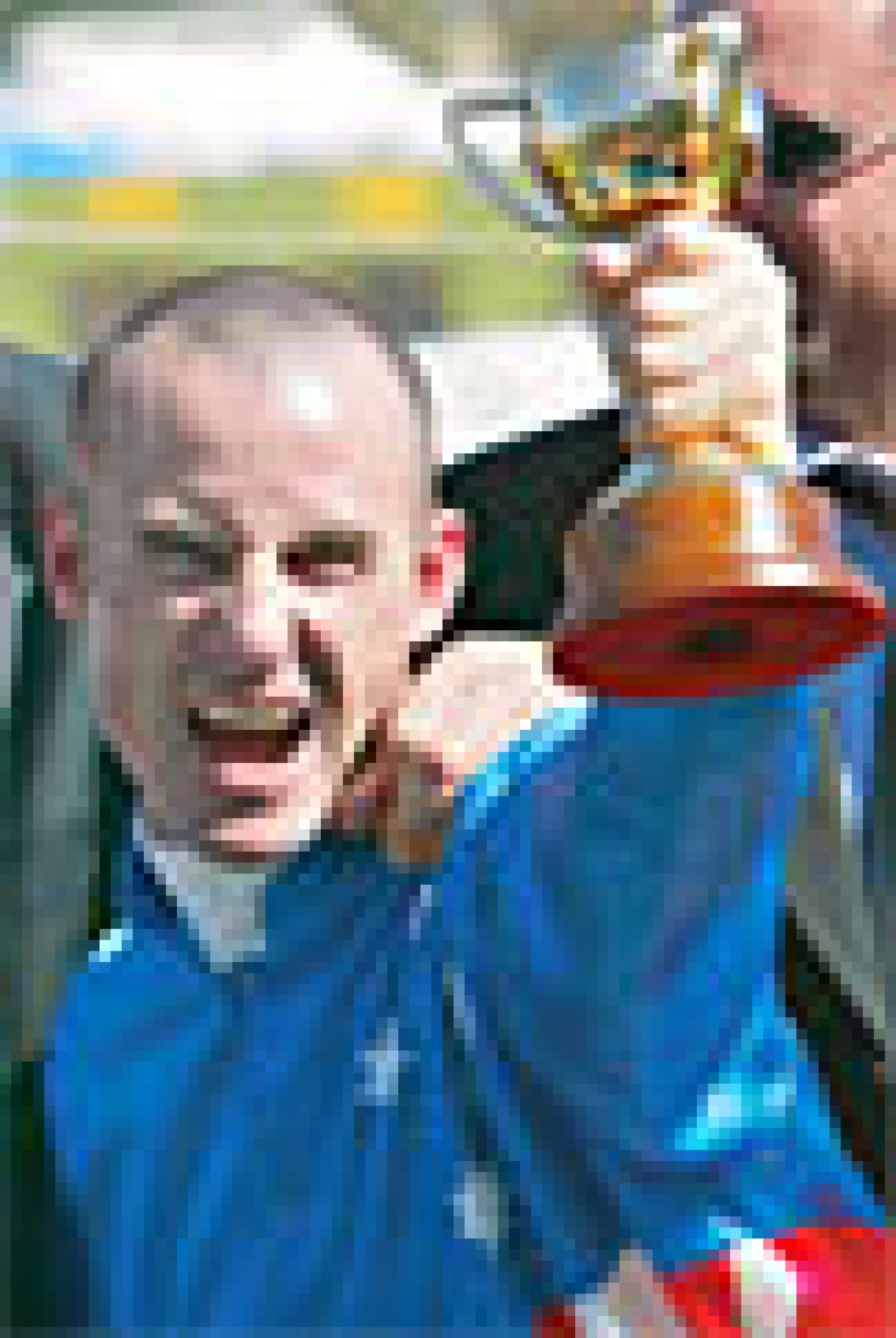