Town Crier
Not only is Graham Keating Two Times World Champion Town Crier and Four Times International Champion, he is also able to bring a unique sense of excitement to any event staged.

From the dignity and excellence required for a Vice-Regal Occasion (The Opening of Heritage Week, 1992), to the colour and pageantry of an historic re-enactment (The Rum Rebellion, Australia Day, 1992), the imaginative humour of a product launch (Histore Computers, Queen Victoria Building, 1992), the grandeur of a resort opening (The Hyatt Regency Coolum, 1989), the generous hospitality when hosting overseas guests of honour (Dreamtime '92, Australian Tourism Commission, 1992 and John Deere Tractors, The Regent, Sydney, 1991), the extravagance of The Great Gatsby, Roaring Twenties New Year's Eve (Peppers on Sea, Terrigal, 1989), and the insanity of a corporate Christmas Party (Town Crier on horseback, Amdahl, 1989 and IHJ Advertising, Banjo Paterson Cottage Restaurant, 1990); these roles are easily encompassed by Graham's talents.

The Great Gatsby himself was brilliant and we would like to thank you and your entire party of characters.
- Holiday Inn Crown Plaza, Terrigal

The Recession is over
- SMH, Sesqui Birthday Party

The official Opening Ceremony was a great success, and you were truly fantastic - prompting praise from everyone present.
- Jan Murray, Opening of Park Royal, Parramatta

Your efforts certainly lent atmosphere to the occasion and helped to involve people in the festivities.
- Wendy McCarthy, National Trust 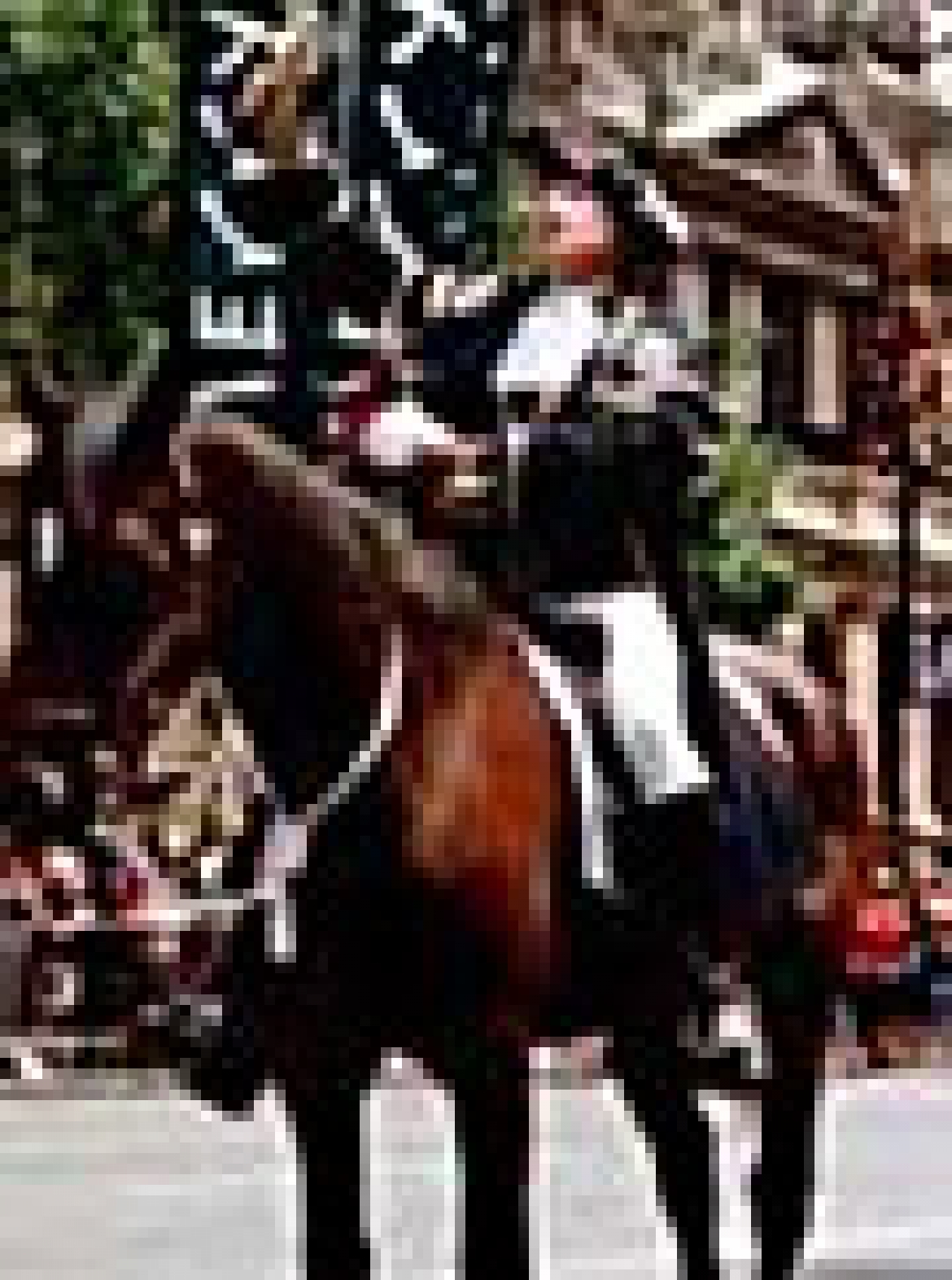