Grant's true passion as a young boy was motor racing. He began tearing up the family farm in a go-kart from the age of 7, and decided he wanted to race professionally.

Chasing this dream was an expensive one, so he decided to enter the media industry to help find commercial backers for his motor racingwinning on track was one thing, however as it turns out,  winning prime television ratings was also a big bonus! After completing school in Melbourne, Grant secured a position at Prime TV in Wagga Wagga as a cadet journalist.  Lights - (he had turn them out at night on leaving the studio)  Camera - (he had to shoot many of his own TV stories) and Action (He did all his own stand ups to camera and stunts!!), Grant worked his way up the ranks at Prime and quickly became a household favourite in the Riverina area with his earthy and quirky presentation style, while racing at weekends when time would allow. In 1999, Grant was offered a position at Network Ten, as a full-time news reporter. With his extensive racing background and obvious talent on camera, he was quickly given the opportunity to work on the station's V8 Supercar coverage as a pit reporter, while covering extensive stories as part of TEN'S National News coverage. Channel Seven Sunrise Executive Producer Adam Boland was looking to re-launch the SUNRISE programme, and stumbled across a very young Grant Denyer while channel surfing during the search for fresh new  TV talent. He offered Grant a full time role as the Sunrise weatherman with a simple brief do you want, but make the weather as entertaining and different as you can. Live TV 5 days a week, even with the 3 am starts, this was very tempting, so Grant jumped Networks, bought an alarm clock, and started travelling! Grant thrived in the Sunrise role, traveling the great Australian outback and connecting viewers with unique Australian places and people. From the baron, red desert centre of Australia, wild and obscure wilderness, to small, near-deserted towns in remote farming lands, Grant weaved his weather reports through a colourful fabric of life that kept viewers enthralled and entertained and delivered SUNRISE a ratings win over its long term rival, NINE'S Today Show.

He remained in the high demand Sunrise role until the end of 2006, creating many firsts in Australian Television through this time, including breaking a Guinness World Record by Bungee Jumping from a Helicopter over Bondi Beach while on air,  passing out while delivering the weather report LIVE at 12G in a Red Bull Air Race plane, swimming with Great White Sharks off the South Australian Coast, lasting a round against Boxing Champ Danny Green, spending all four hours of SUNRISE broadcasting live from a roller coaster, non stop, (another world record) and being stuck on top of yet another roller coaster with former AFL legend Warwick Capper!  (Easily his toughest and most demanding assignment yet!)

Grant's daily antics delivered a strong core audience, establishing his role as a bankable TV host. In 2005, Grant won the fourth series of Dancing with the Stars, surprising many with his dancing skills and cheeky, cleverly choreographed routines with dance partner Amanda. In a nail biting grand finale, Grant KO'D world boxing champ Kostya Tszyu in a viewer vote to become the series champion, cementing his position as one of Australia's most popular and emerging personalities. In between his television work and extensive travel, Grant raced V8 Supercars for Dick Johnson Racing, finishing in ninth position at his first ever Bathurst 1000 at Mount Panorama in 2006, winning the Mike Kable Rookie of the Year award and the CAMS Motor Racing Personality of the Year. Also in 2006, he was given the hosting role of It Takes Two,  a shiny, big budget celebrity duet singing competition on the Seven Network from 2006 to 2008, then went on to host Australia's premiere talent show, Australia's Got Talent - helping uncover many of Australia's talented acts known today. Grant has a long list of credits to his name including, All Time Greatest Aussie Bloopers, Iron Chef, Guinness World Records, commentating at the Sydney Olympic Games in 2000, broadcasting live from the 2008 Olympics in Beijing, China, and the London Olympics in 2012, while interviewing Internationally known personalities such as Sir Edmund Hillary, Michael Buble, Greg Norman, Jennifer Hawkins, Oprah Winfrey and so many others.  He also received a "very small" credit when getting his kit off during live coverage of a world record attempt on the number of nudies to fill the steps of the Sydney Opera House in broad daylight! From 2006 to 2011, Grant hosted the family favourite "Carols in the Domain" in Sydney on Channel Seven, a LIVE broadcast in front of over 100,000 people, and telecast to a home audience in excess of 1.5 million viewers. During a Monster Truck demonstration in 2008 in Wollongong, Grant had a major life setback, breaking his back when the suspension failed on the Monster Truck he was driving, following a heavy impact after jumping cars. Grant faced 6 months of extensive medical care and rehabilitation, and returned to television to host Carols in the Domain, wearing a back brace, and barely being able to walk on stage. While many would have said enough, he also returned to the sport he loves the most, driving a Porsche in the 24hour race at Nurburgring Germany against some of the world's elite drivers, finishing in 9th Position, backing that up with a 4th outright in the V8 Supercar Development Series.

In 2014, Grant joined Network 10 as the host of the revived television classic Family Feud. Family Feud has a regular audience of metro and regional viewers in excess of 1 million viewers each night, making it Australia's number one game show. In his fourth year as host, Grant is quickly approaching 1,000 episodes with the show. In 2016 the format also saw the creation of All Star Family Feud a spin off which sees celebrities compete in teams to raise money for their chosen charity.

Grant is your typical down under bloke, - that all women love, and all men would love to have a beer with...even if it's just to talk about how good Lowndesy is as a driver!  He thrives on adrenalin filled activities, has a knack for communicating the excitement direct to the home lounge room, and has pioneered new technology and methods to change the Live TV game forever. Grant and his young family reside on a small farm on the outskirts of the country town of Bathurst in NSW.  He married Television Producer, Chezzi Denyer on Hamilton Island in 2010 and the couple have two children, Sailor Denyer (6 years old), and Scout Denyer (2 years old).

In March 2017 Grant was nominated for the Gold Logie Award for Best Personality on Australian Television, a tribute to his hardworking nature. 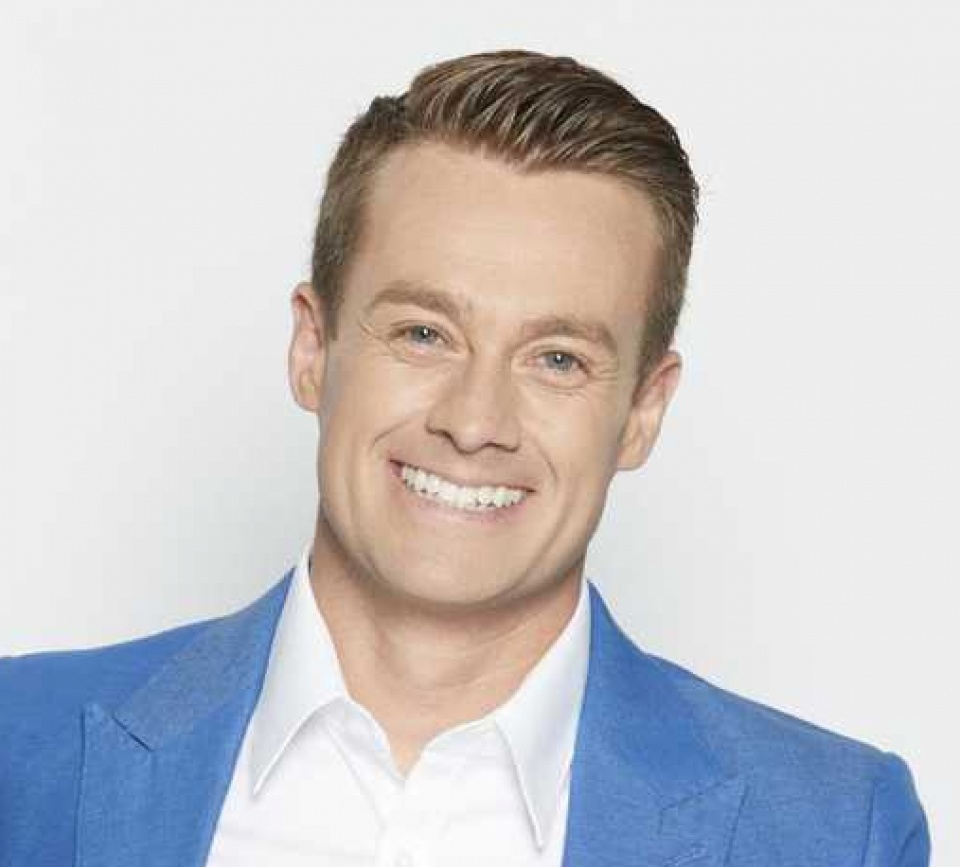