Greg Norman was labeled the "Great White Shark" by a newspaper reporter during the 1981 Masters Tournament, but he began exhibiting all the characteristics of that deep-sea creature long before that.

As a teenager, like today, Norman never did anything halfway. He was a regular on the rugby and Australian Rules football fields of Queensland and was regarded as an outstanding player.

The young Norman, whose older sister Janis and parents still reside in Australia, spent his time swimming, fishing and playing contact sports with friends. But when as a 15-year-old he decided to give golf a try in 1970, he did it aggressively with the intent to succeed.
His interest in the same started with an unusual offer to his mother that he caddy for her during a regular mid-week game. Following the round, he asked if he could borrow her clubs and set out on his own.

What his mother could not have imagined was that the young boy who had never taken an interest in the game would become one of the greatest golfers the game has ever known.

Just two years removed from that first day at Virginia Golf Club in Brisbane, Australia, Norman was a scratch golfer, averaging par or better each time he played. For the next few years, he spent time working as an Australian PGA trainee, playing amateur and open tournaments throughout Australia before turning professional in 1976 -- just six years after caddying for his mother.

From the days in 1975 when he made $38 a week working as a trainee in the Royal Queensland golf shop, Norman has earned more than $1 million five times on the U.S. PGA Tour, including three Arnold Palmer Awards as the Tour's leading money winner in 1986, '89 and '94. He was also the first person in Tour history to surpass $10 million in career earnings.

But his crowning achievements are British Open Championships in 1986 and 1993. The first came at Turnberry in Scotland, where he shot a tournament-record-tying 63 en route to a five-shot victory over Gordon Brand, and the second at Royal St. George's, where he trailed by one stroke entering the final day and closed with 64 to defeat Nick Faldo by two.

In total, Norman has won 86 professional events around the world, including 20 U.S. PGA Tour titles. He has 29 top 10 finishes in Majors (Masters Tournament, U.S. Open, British Open, PGA Championship), or more than 38 percent of those he has entered.

And while his well-documented wins on the golf course secured him a spot in the World Golf Hall of Fame, he continues to work at both his game and a business that promises to succeed long after his playing days are behind him. 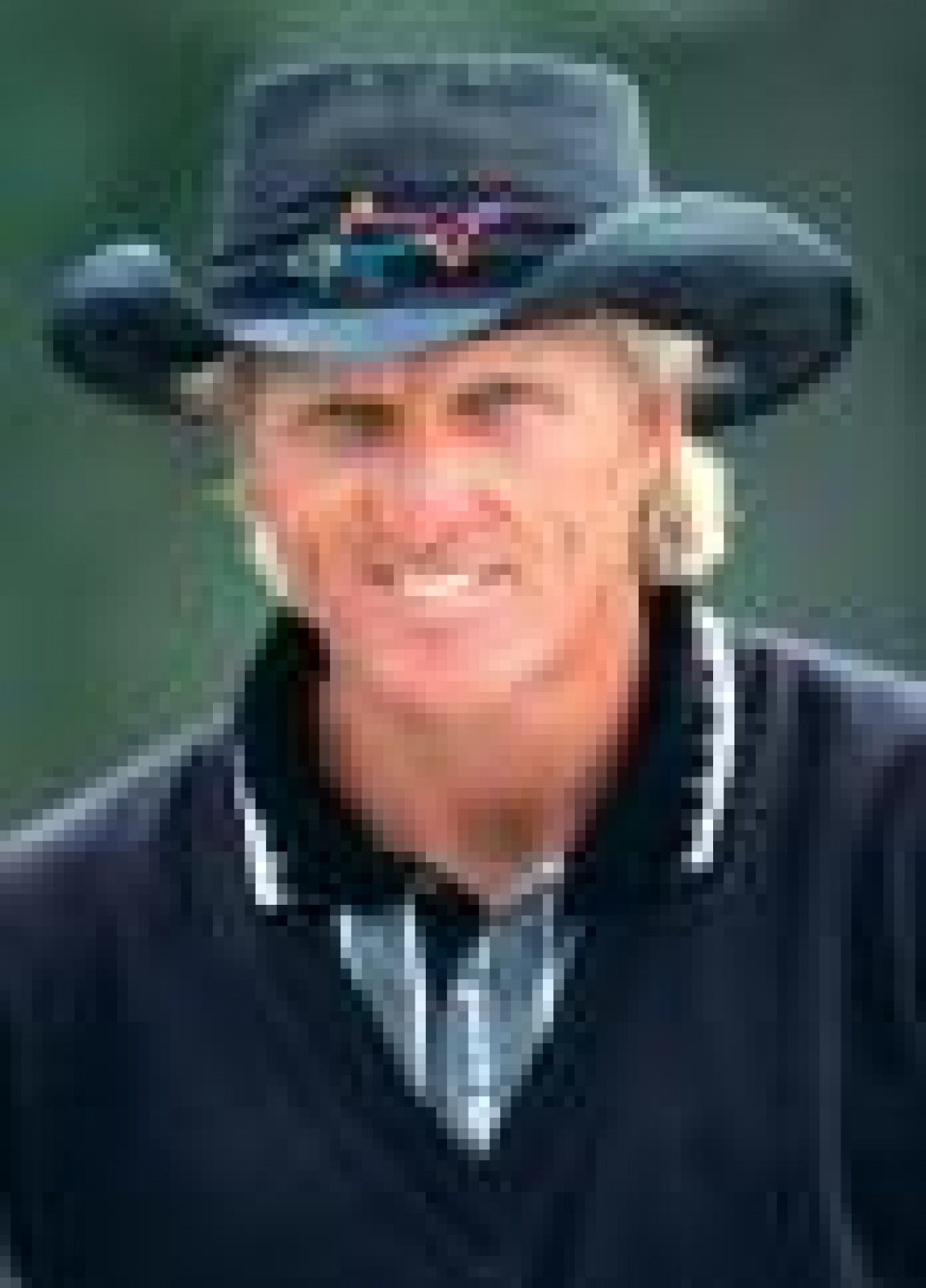