There is no substitute for experience and there is no doubt Jeremy Rolleston speaks with the authority of experience.  From captaining Australian teams and competing in Olympic competition, to the pressure of investment banking with the likes of Goldman Sachs, to running Fashion Shows, to being an Ambassador for the Global Poverty Project. It is rare to find someone with such broad experience and exceptional sporting, business and life achievement.

In his own unique and entertaining style, Jeremy shares stories of determination and perseverance and draws upon a lifetime of heartaches and successes to inspire others to follow their dreams (without regret), to be all they can be, and to achieve success not just in sport or in business but in life in general. But more than that, leveraging his book 'A Life That Counts'  (and its 10 famous and successful contributors), Jeremy focusses on sharing practical tools, techniques and strategies to put this inspiration into action. Not just sharing what to do, but just as importantly, sharing how to do it.  As a result, the audience is left feeling empowered, inspired, motivated and determined to take the next steps to actually make this happen.

Sporting wise, Jeremy has represented his country in two sports - rugby and bobsleigh. In the XX Winter Olympic Games in Torino, Italy Jeremy piloted Australia's 2-man bobsleigh to the equal best-ever Australian result. This was even more remarkable considering it was his first full-season as a pilot. Along the way Jeremy has competed at numerous World Championships, won the Challenge Cup and competed at a number of World Cup and other races, as both pilot and brakeman. Then at the XXI Winter Olympics in Vancouver, the Australian public shared the heartbreaking crash that Jeremy was involved in on the same track that had already tragically claimed the life of one olympic athlete one week earlier. In what was a devastating situation Jeremy exemplified the honour, dignity and sportsmanship we look for in Olympians, not just when they win but when everything goes wrong.

During his rugby days, Jeremy played in numerous representative teams including the Australian Legends team, the Australian Universities team and the Australian B (Legends) sevens side, before a heart-breaking injury in the Fiji Sevens prevented him from playing two weeks later for Australia in the sevens world cup at the Hong Kong Sevens. Following that disappointment he played professionally for Italian side Rovigo in the European Shield and Italian Championships before retiring to pursue bobsleigh.

Off the field and away from the ice, Jeremy is as passionate about life as he is his sport. He won scholarships to both school and university and throughout his sport career he has maintained a successful corporate career. He left his job as an Executive Director at prestigious investment banking firm Goldman Sachs JB Were to train full time for the recent Winter Olympics and is currently a Fund Manager at an Investment firm. Interestingly he is also founder and producer of one of Sydney's largest fashion shows (the Propeller Fashion Show) and is an Ambassador for Australia Day and the Global Poverty Project.

His range of presentations include POV bobsleigh video (what does it look and feels like to pilot a bobsleigh) and can include the incredible glass walking experience - a climax that has inspired many people to do something they never thought was possible - truly a metaphor for when they walk out of the room !

Jeremy has recently released his first book 'A Life That Counts' amidst much media interest including the TODAY show, Kerri-Anne, Fox Sports, Body & Soul, Fitness First and more. The book features contributions from 10 famous and high achieving Australians including Dick Smith, Louise Sauvage, Gai Waterhouse, Jason Stevens, Lydia Lassila, James Tomkins, Matt Shirvington, Matthew Burke, Michael Milton, and Alexandra Croak , with testimonials from the likes of Jessica Watson, Kerri Pottharst and Gerry Harvey. The book can be included in presentations in terms of content, gifts and so on.

Dare to Dream - Following your dreams and how to go from talk to action to achieved. Using Jeremy's story as inspiration.

Goal Setting -  Knowing what you want, setting realistic and planned goals and staying motivated to achieve them. Also what noone has ever told you or shown you with regard to goal setting that will make all the difference !

My Story, The Olympic Journey - Inspiring and entertaining stories of an elite Australian Olympic athlete

Overcoming the Odds - It isn't what happens to you but how you deal with it. Using the successes and setbacks and the highs and lows of Jeremy's life as examples.

Impossible is Nothing - Desire into Action - Once you know what you want, understanding and using the powerful motivational tools used by Olympians to help make this happen.

The Psychology of Success - Why are champions champions; 5 success factors that transcend sport into your business and your life in general and that will make a tangible difference in these areas.

A Life that Counts - Based on his book. Chasing and achieving your dreams with true success in mind.

Your presentation could be a combination of any of these or on a specific topic tailored to your audience; and you can look forward to a fantastic experience for all concerned.

Jeremy is a first class motivational speaker, who presents with passion, excitement and a strong sense of pride and humility. He easily connects with any audience, large or small, to business people and others alike with his unique stories and energetic style. Jeremy continues to work with the AOC, adding enthusiasm and enjoyment to many of our events.
- AUSTRALIAN OLYMPIC COMMITTEE

The feedback from all of the managers, without exception, was fantastic. They were inspired by his determination and focus and impressed with how Jeremy was able to link the lessons he learnt from his success in sport to success in business ... they are still talking about it today.
- ING BANK

Jeremy is an outstanding speaker with not only a wealth of experience in both business and sport, but an undeniable passion and vision for success. He has the ability to communicate deeply rooted experiences and captivate his audience regardless of the background. Highly recommended.
- SMEC

Our girls were transfixed and focussed during Jeremy's sessions. The attention was sharp and not because Jeremy demanded that - he just made them want to listen. He was interesting, passionate and believable. He inspired them and the girls were jump-started to a new level of what is possible.
- HEAD COACH, NETHERLANDS BEACH VOLLEYBALL

His knowledge and expertise were not only evident in the seminar he presented but also in the practical workshop he delivered to our staff. I would definitely look to get Jeremy back in the future.
- CBA

Jeremy is an inspiring, passionate and motivating speaker who was able to communicate and relate his story and the framework of successful people in a simple, down to earth and easy to understand way. He is a great example of what can be achieved through determination, hard work and going after your dreams. My team was able to use the strategies discussed in the presentation in our day to day business whilst at the same time being challenged to live our own lives to the full and follow our own dreams.
- Adam Weale, Head of Dealer Group Distribution, Next Financial Limited

Jeremy is a passionate and engaging speaker who has the ability to catch the attention of students in a remarkable way. He speaks extremely well in both a small group setting as well as in front of a larger audience. Our boys were extremely challenged by his words and continued to speak about his talk in the days following Jermey's visit. Thank you Jeremy for the positive impact you have had on many of our students.
- Martin Wilson, The Kings School 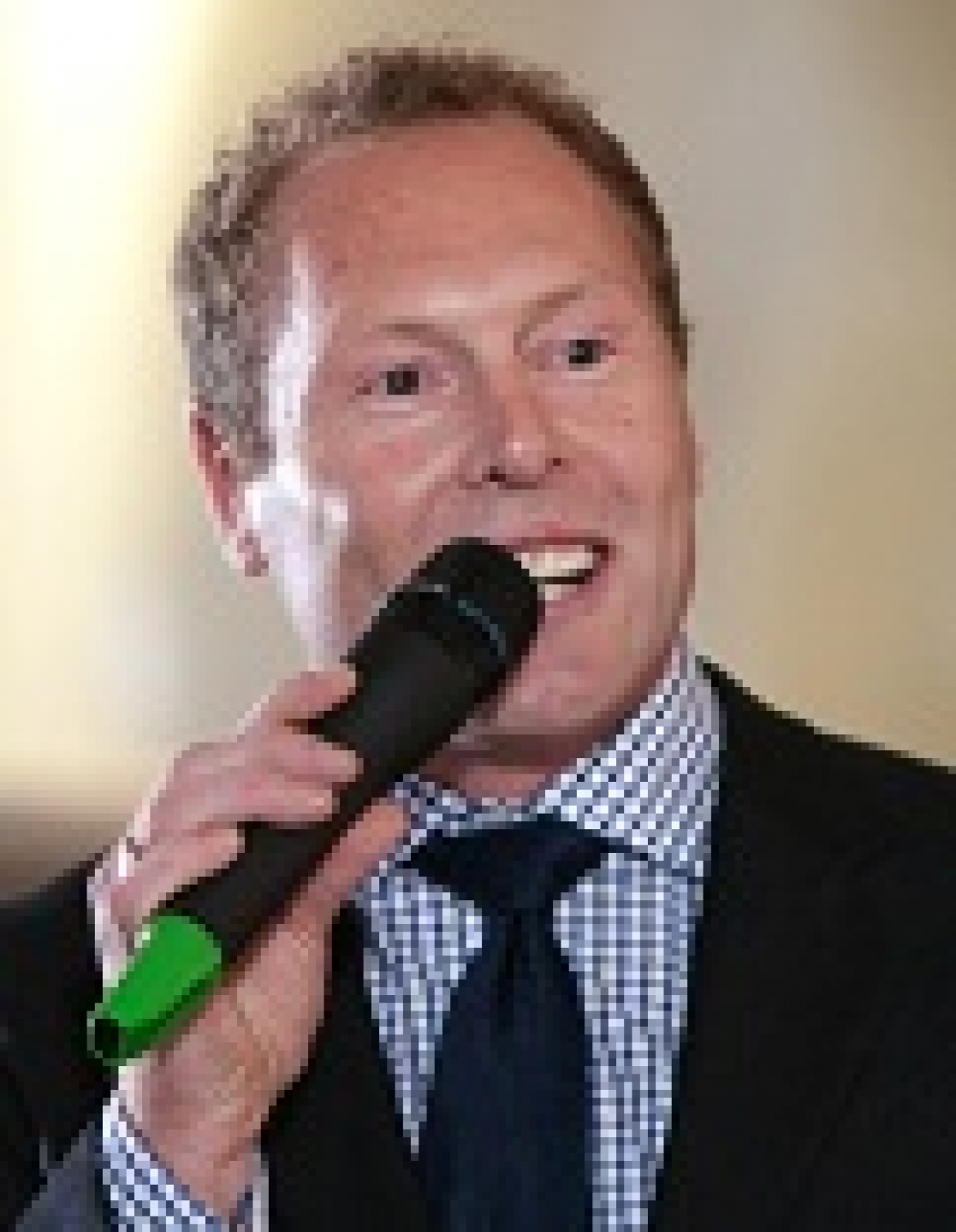