Jimeoin is acclaimed as one of the hottest stand-up comics of this generation - a true comedy master. A prolific writer with an exceptional audience rapport, he is known and loved for his brilliantly funny wit and charming observations on the absurdities of every-day life.

Jimeoin's regular appearances at the MELBOURNE INTERNATIONAL COMEDY FESTIVAL and his widely successful Australian tours attract sell-out advance bookings, often with extra shows added due to demand.  Internationally, Jimeoin has toured to great acclaim from New York to New Zealand, Aspen to Amsterdam, the Middle East to the Far East. He has also performed around Europe and the UK and is a regular invitee to the mecca of comedy, Montreal's Just For Laughs Festival.  When Jimeoin was touring throughout the vast outback regions of Australia as well as playing the major cities and festivals across the land - he became the first comedian to go and tour totally 'over the top' of the country, playing a mix of hotels, theatres, swimming pools, cattle ranches and anywhere that looked a bit interesting. This was filmed for a TV series on BBC N.Ireland called 'JIMEOIN DOWN UNDER'.  He performed additional sell-out tours in Ireland, shows in Paris and several massive seasons at the Edinburgh Fringe, as well as four seasons in London's West End.  His three seasons at the Edinburgh Fringe smashed box-office records before those festivals even opened and were a huge hit with the public and critics alike.  He toured South Africa and performed at the London, Kilkenny and Montreal Comedy Festivals as well as touring regional Australia including WA and QLD. He has return to the Adelaide and Melbourne Comedy Festivals. He also appeared at the Auckland Comedy Festival and toured the entire North and South Island.

A familiar face on Australian television, Jimeoin has appeared on all the nation's top variety and comedy programs including GMA, Rove (live), The Panel, Thank God You're Here, Full Frontal, Bligh, The Midday Show, Tonight Live, Good News Week, Spicks and Specks and Talkin about Your Generation. The three series of his own hit show -Jimeoin (Seven Network) consistently won the ratings when they were transmitted.  Jimeoin has also made regular guest appearances on toprating overseas television programs including Des O'Connor in the UK and Late Night with Conan O'Brien in the US (with a viewing audience of over 13 million). His one-hour 'Tea Towel Tour' of Ireland documentary (for Network Ten) was a quirky, self-styled travel special, inspired by constant touring and a love of his native land. The same year he also hosted two one-hour documentaries showcasing Montreal's 'Just for Laughs' comedy Festival.  Jimeoin starred on all the biggest UK BBC's 'Michael McIntyre's Comedy Roadshow', - Comedy Rocks, 'The Very Best of the Edinburgh Comedy Festival' as well as 'The Best of Just For Laughs'. And in Australia his 'Over the Top' TV series aired on Foxtel. Jimeoin hosted the NZ Musical Comedy Awards and appeared on the very prestigious Royal Variety Performance . Jimeoin wrote and starred in his debut feature film 'THE CRAIC' (Village Roadshow). Its opening weekend made it the second highest grossing box office movie in Australianproduced film history and it went on to have hugely successful video releases throughout western speaking countries. In his native Ireland, it was second only to THE MATRIX.  Jimeoin shooting his much-anticipated second comedy movie, THE EXTRA, which he again wrote and starred in. It was a romantic comedy about an average guy who aspires to be a movie star and is willing to give anything a go to get there. A special audience test screening at the Edinburgh Festival was very well received, the film was presented at Cannes and went on to be a popular screening in Australia.

A keen fisherman and golfer, constant touring enables Jimeoin to enthusiastically experience new outdoor adventures. Never a man to sit still for long, tackling every medium with renewed vigour, he has packed so much into his colourful and humorous career. And to think - there's many, many more laughs to come.

Inspired... Comedy so deceptively bright it almost blinds you... in an age of warped wit he is disconcertingly inoffensive, but traditional stand-up is rarely so appealing... he is not so much stand-up comedian, more stand-up David Attenborough... this is the comedy of the highest order.
- London Evening Post

Jimeoin recalls the familiar at a fantastically silly level, boiling his audience down to a tear-filled, gibbering mess.
- Scotland on Sunday 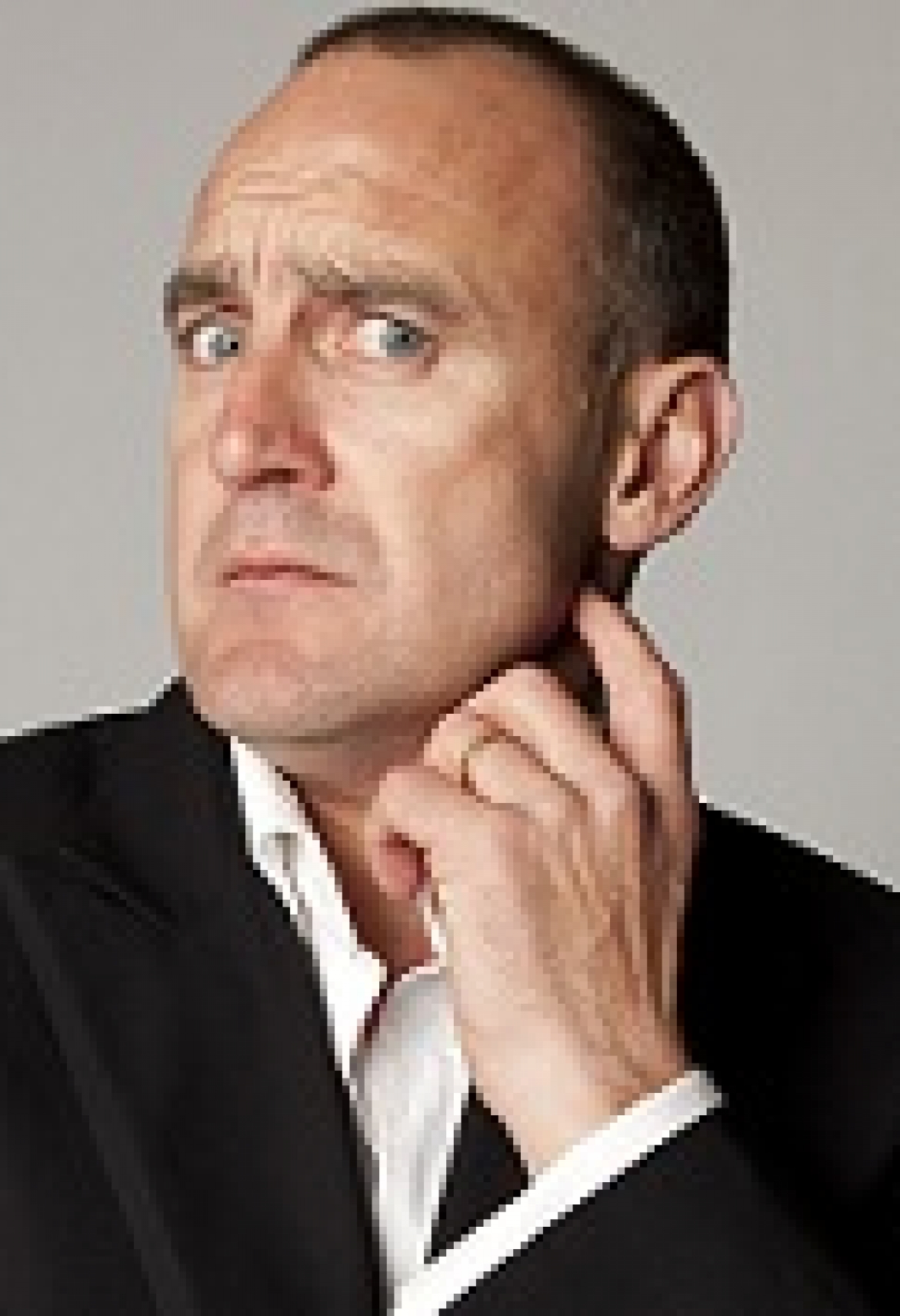