Known to many simply as ‘Tappy’, John Tapp will go down in the history books as one of Australia’s all-time greatest sports commentators. He was awarded an Order of Australia Medal in 1996, and in 2007 he was recognized as an Australia Post ‘Australian Legend’.

What many people don’t know is that John Tapp received his OAM for services not only to horse racing, but more significantly for his support of charitable organizations. This includes acting as a ‘voice’ and ambassador for The Variety Club of Australia, and Diabetes Australia.

Unlike many of us, John Tapp’s purpose became glaringly obvious as a child in the 1940’s listening to the legendary race caller Ken Howard on the wireless radio. Coming from a poor family, John would fill his days up with activities that did not cost his working mother unnecessary expense.

This included painting paddle pop sticks in the colours of the well known racehorses of the era, and throwing them into the fast flowing current of a nearby storm water channel. Young John would walk for miles, calling the progress of the paddle pop sticks, as though they were real racehorses. He became well known to local residents who's backyards adjoined the storm water channel.

John has vivid memories of his first day at the races. His grandfather, a keen punter, took the excited youngster to Randwick for the running of the Sydney Cup. The big race was won by a horse called Talisman, ridden by Johns' favourite jockey Stan Cassidy.

Along with calling over 50,000 races, John was also well known to Australian sports fans tuning into the Nine Network, and radio stations across the nation. He was Channel Nines' Racing presenter for more than thirty years. He presented a Saturday night News Racing segment for 22 of those 30 years, and provided regular colour stories for programmes like Wide World of Sports, and Sports Sunday.

For seven years, John was co-host of the popular Lotto draw, alongside the lovely Karen Pini. His radio involvement began with 2GB in 1965, moving to 2UE in 1981.It was during his time at 2GB that John met his other love, wife Ann. For a decade he was official course broadcaster on Sydney’s' four metro racetracks. In 2015, John officially resigned from the world of Media after an astounding 50 years.

While Johns career was blessed, life was not without hardship. John’s son was only seven years of age when he was diagnosed with Type One Diabetes, and today his son has lost all of his eyesight as a result of this devastating disease. John understands first hand the impact of Diabetes, and has made it his personal mission to raise awareness and funds to find a cure. He is also passionate about ensuring children are given the best opportunities to live a fulfilling life. Alongside wife Ann, John has collectively raised hundreds of thousands of dollars for The Variety Club of Australia, Bear Cottage and more recently The Ted Noffs Foundation and Hands Across the Water.

While he is most famous for race calling, It is a call from the heart that has driven John to use his legendary voice to enact change and find solutions to some of greatest social issues faced by mankind.

As a speaker or MC John is charismatic and wise yet humble and authentic. He believes the harder you work the luckier you get and is famous in the media industry for the research he does prior to any engagement. Needless to say, John draws on half a century of experience as the man behind the microphone.

A CALL FROM THE HEART

There are not too many people who have maintained celebrity status in a time where we have witnessed unprecedented change in the technology used to deliver media into Australian homes. Whether it was wireless radio, Television, Pay TV or the Internet, there is one thing that stayed the same for 50 years. The voice of John Tapp.

In this presentation, John Tapp shares his journey of growing up in a working-class family where he left school at the age of 14 to support his mother, to go on to become one of Australia’s greatest race callers. Along with the obvious tales from the track, John shares memories of another time in media and reflects on the astounding changes he has witnessed and adapted to in a career that has spanned half a century. His core message reflects the courage and commitment it takes to pursue a dream, and what it means to truly know your gift to the world.

Audiences will walk away from this presentation inspired by a beautiful story of a young Aussie kid who lived out a very big and colorful dream. They will gain insights into the nature of integrity, humility, and the art of telling a great story. Whether we are the local butcher, banker or an Australian celebrity, we can all become legends in our field. All we need to do is follow a call from the heart.

Along with being one of Australia’s most famous sports media anchors John Tapp has acted as the MC for hundreds of events. Put simply you cannot buy the level of experience John Tapp brings to a corporate stage, and he will ensure the audience are not only entertained, and provided with relevant information with regards to the purpose of the event.

Again, John is known to be one of Australia’s finest interviewers and can facilitate a panel or conduct an interview with grace and ease. There were key racing celebrities who would only allow John to interview them, and quite simply this reflects Johns integrity and the commitment he makes to showcasing another person story with the authenticity and respect it deserves. He treats events with the same respect.

Most of all John has an endearing personality, and you just can't help wanting to have a chat with Tappy. His greatest gift is when he is hosting your event the whole audience will feel that he is having a chat with them. There are not too many opportunities to work with someone with Johns credibility, experience, yet most importantly a person who cares most about doing a legendary job.

Along with being one of Australia's most well known race callers and media personalities, John is also one of the best MC’s in the business. John used his national status to raise significant amounts of money for charity and we would like to wish John a safe, healthy and happy retirement from the media.
- Racing NSW

I have known John my entire broadcasting career. In 32 years of working in the media I have never met a more professional and thoroughly decent man than John Tapp. I am sure anyone inviting John to address them will be thoroughly entertained, amused and motivated by his 50-year media journey. Tappy is one of a kind and even I’d pay to go and see him - I don’t know whether he would pay to come and see me. He is a champion bloke.
- Ray Hadley OAM 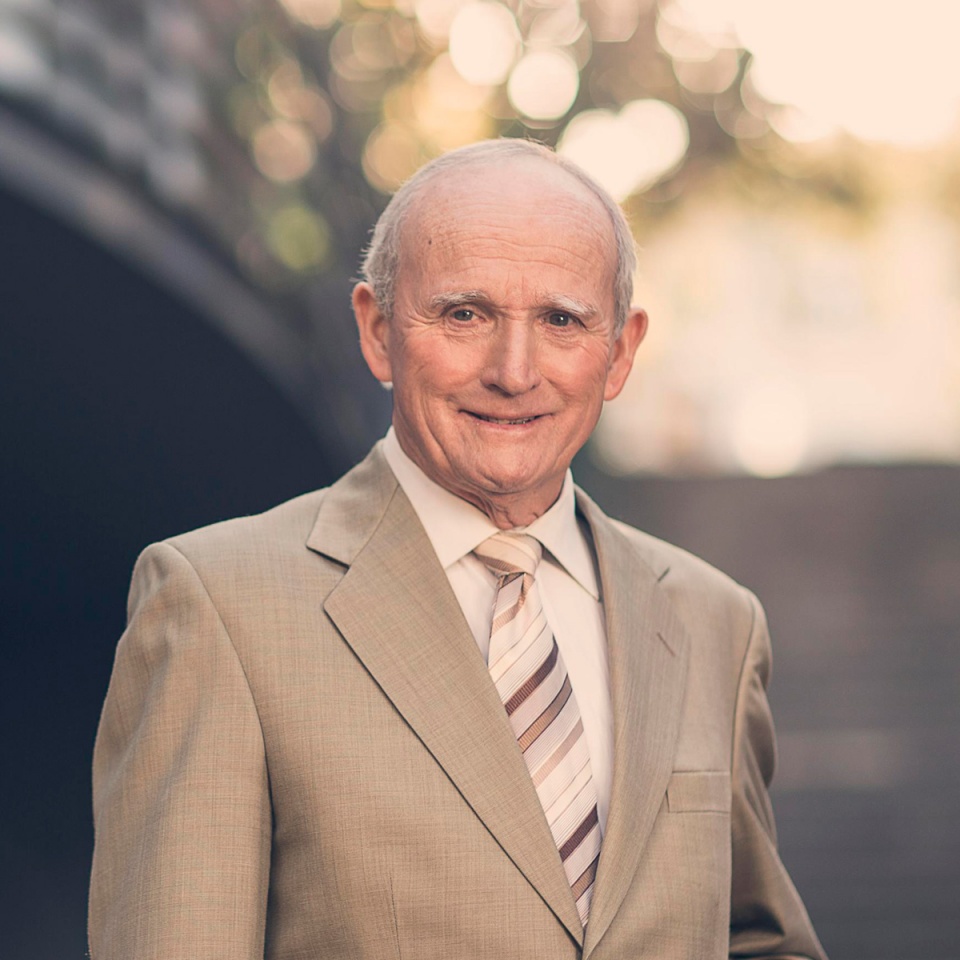