Maria advises organizations and corporations on corporate governance, values, and strategy. Her experience as a journalist and an entrepreneur in the digital world makes her a sought-after keynote speaker and panelist.

A journalist for over 35 years, Maria has been arrested on 10 charges related to exposing the Duterte government’s corrupt practices and was convicted of cyber-libel in June. She is out on bail pending her appeal but true to form, Ressa, vows to keep fighting.

Maria was featured in the 2020 documentary “A Thousand Cuts,” which profiles her fearless reporting on the abuses of Duterte’s presidency, while also illustrating social media’s capacity to deceive and entrench political power. Maria now travels the world speaking to organizations of all kinds on freedom of the press, democracy, and corporate governance.

Maria was absolutely terrific. I have received messages of praise for her from viewers around the world who are sharing the program.
- Easte-West Center

We've never experienced something more meaningful, raw, thought-provoking as the session with Maria Ressa. She is a very rare combination of grit, passion, purpose, charm, and conviction. I would bring Maria in again in a heartbeat.
- CEO, Publicis Communications

Maria Ressa was truly engaging. The talk was enlightening drawing similarities and differences with current governments in several countries.
- TEDxUPManila

Maria was a delight to work with and a stand-out speaker at the conference. Her speaking style is engaging and her story is compelling. Thank goodness she injects humor from time to time! I know from verbal feedback that she was a crowd favorite.
- Camden Conference 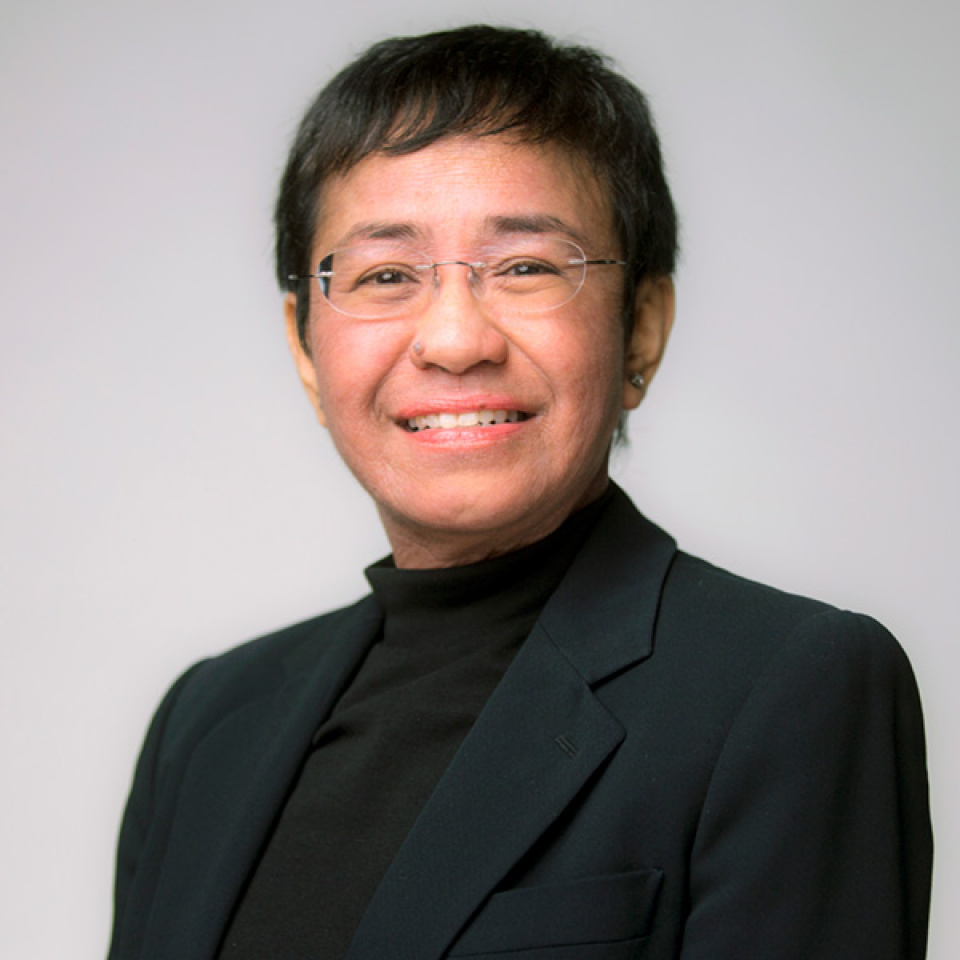 Maria Ressa on her arrest and the fight for press freedom

Maria Ressa on her arrest and the fight for press freedom