When she defected from Czechoslovakia to the United States in 1975, she had one goal - to be the best women's tennis player in the world. With her legendary determination, talent and hard work, Martina achieved her goal.

Her persistent pursuit of perfection garnered her the title of "Athlete of the Year" several times, as well as "Athlete of the Decade" for the 1980s. Martina now competes on the Legends Tennis Tour and in exhibitions around the world. Her Wimbledon commentary on HBO has provided the program with an authoritative view of the sport. Also a successful author, she recently published her third suspense novel, Killer Instinct, co-written with Liz Nickles.

In addition to sharing her secrets on the keys to winning, Martina Navratilova remains an influential advocate for many causes, speaking to groups concerned with women's issues, gay rights, children's causes, animal welfare and the environment. 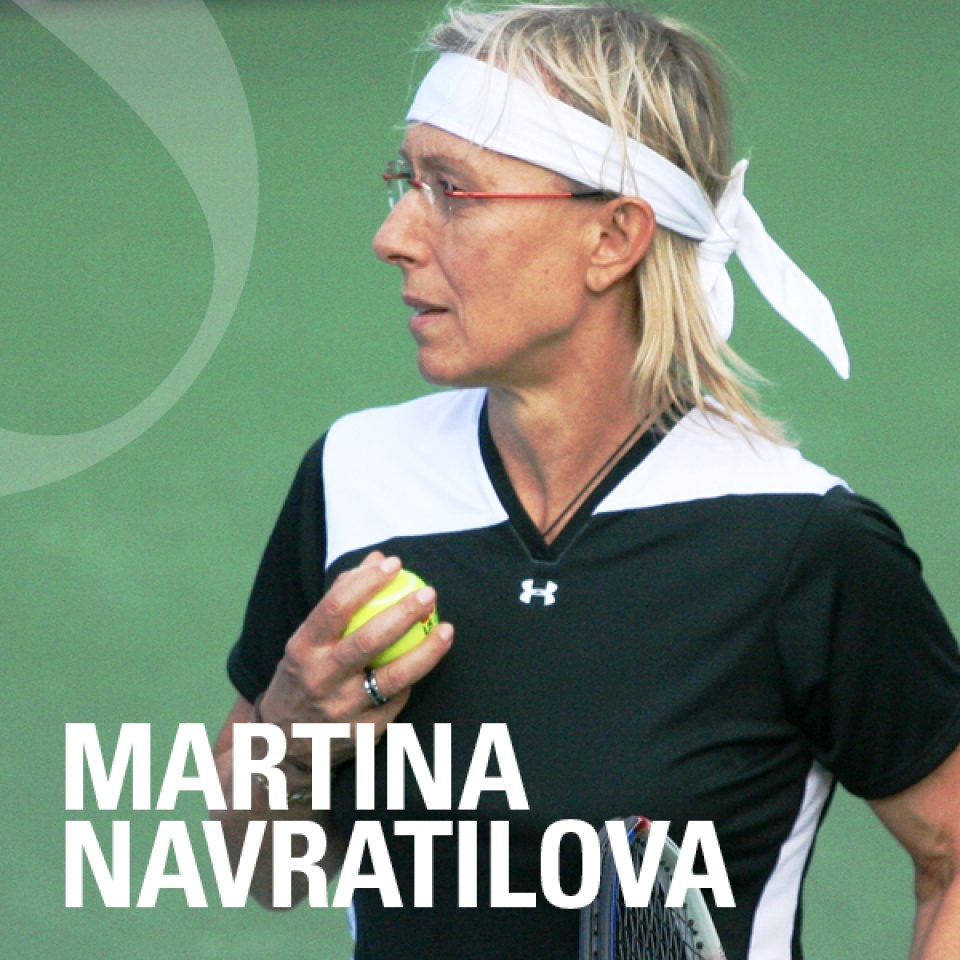 A Great On And Off Court

A Great On And Off Court