"I went to the doctors with my mum and my sister, she had an ear infection…
... 5 years later I came home."

Michael Crossland is an extraordinary young man who has defied the odds of a life threatening cancer to build a life of exceptional achievements. An accomplished businessman and an elite sportsman, his life is a remarkable success.

Michael is at the forefront of today’s new generation of inspirational speakers and after releasing his first ‘tell all’ autobiography in January, he is now a number 1 bestselling author across 6 different countries.

Despite spending nearly a quarter of his life in hospital, he has forged a highly successful career in the corporate world, represented Australia in his chosen sport and featured regularly across all forms of media. He also runs a school and orphanage in Haiti and has been presented with the Australia Day Ambassador role for 7 consecutive years.

The award-winning documentary on his life, by ABC’s Australian Story, has been viewed by over 4 million people.

Diagnosed with an aggressive life threatening cancer before his first birthday, doctors told him school and sport were not options - infection and fatigue were too great a risk. As a boy Michael’s only wish was to lead a normal life and be able to do all the things that other ‘normal’ kids took for granted every day.

Michael captures audiences no matter what size and inspires each individual to achieve ongoing positive change in their life. He has an absolute passion and belief in people’s ability to change direction, achieve success and become who they truly want to be.

‘Success to me is about waking up each and every day knowing in my heart that today I will make a difference in someone else’s life. By living this way, we can all make the world a better place’.

I wanted to drop you a note to convey our thanks for a great presentation. Our staff and players thoroughly enjoyed the opportunity to hear your story & were genuinely inspired by your life experiences; your amazing story touched us all. You are Inspirational on every level.
- CEO Bulldogs

Thank you so much for coming all of the way to New York to be part of such an amazing program. The message and inspiration you gave to everyone in the room was incredible and extremely powerful. We heard from one young boy who was personally involved with the 911 attacks that said, "it was the best day ever and I'll never forget it". You are an Inspiration. Many thanks.
- Program Manager, Tuesday's Children New York

Your presentation was the best corporate presentation I have seen in my entire professional career. Your story touched my heart and had such an impact, it really helped hit home why we are here and the importance of living life to the fullest. I thank you Michael.
- CEO Autonexus

I highly recommend Michael as a presenter for corporate meetings, seminars and groups. A young man who tells a story that will move, motivate and inspire your work colleagues as it did me.
- Managing Director, Simms International Pty Ltd

Your speech focused the minds of my unit's members on the scale of tragedy faced by many, the power of positive thinking in overcoming adversity, and on the importance of self-contribution. Many of my team were visibly moved by your words.
- Wing Commander / Commanding Officer RAAF

I was privileged to be at the address you gave. I have never before been so moved by a speaker. I admire your courage, tenacity, strength of character and positive attitude. I take my hat off to you.
- Principal, Focus Group Australia

Michael's ability to be resilient in the face of adversity in business, sport and with his own personal health is a true feel good story and an inspiration to us all.
- District Manager, General Electric

Michael spoke to around 200 HR professionals in our International HRD Forum community about overcoming adversity. The feedback we received from those who heard him is amongst the best feedback weÃ¢Â€Â™ve ever received about any speaker that weÃ¢Â€Â™ve hosted. All in the audience were incredibly moved by MichaelÃ¢Â€Â™s story and inspired to look at their lives differently, make better choices about how they respond to setbacks, and to count their blessings as opposed to numbering their problems. There are a number of people that can talk about resilience, optimism, and hope from an academic or practical point of view, but few that have had to personally draw on these assets in the way Michael has. Michael says Ã¢Â€Â˜each day is an opportunity to change a lifeÃ¢Â€Â™ and he definitely does that.
- Rich Hirst Director | International CEO Forum

I was very impressed with Michaels professionalism Ã¢Â€Â“ he was lovely to deal with and very approachable Ã¢Â€Â“ felt like I had known him for years! A very inspiring presentation!
-

Michael. A standing ovation from an audience of 150 medical clinicians dealing with chronic disease daily!! You are an inspiration and truly captured our hearts and souls! A very BIG thankyou.
- Anne McFarlane July 2014

I wanted to touch base with you with regards to Michael CrosslandÃ¢Â€Â™s presentation at the Inner Circle Meeting and let you know that he was absolutely fantastic! I am yet to have my formal debrief meeting with the client, but the feedback we have received so far from the client and guests has been outstanding. Everyone was absolutely captured by his story and you could have heard a pin drop in the room. Thankfully Michael asked us to try and organise some tissue boxes with the hotel, which were placed on the dinner tables and definitely got used. The nurses really loved him and were queuing up to give him a hug and have their photos at the end of the dinner. Certainly one of the best speakers we have seen here at Podium in many years. Michael was also absolutely lovely as a person and great to work with, too.
- Julia Mair - Podium

In my role as CEO of 7-Eleven, and on various Australian and international Boards, I am fortunate enough to attend many conferences, both in Australia and internationally. I probably attend at least 6 a year, and speak at about 4 more. This gives me a breadth of experiences with watching speakers, to: take in information; be inspired; learn a new technical skill; decide if I can use and recommend them; and/or simply be entertained. I have a personal rating system and am pleased to say in decades of conferences, Michael Crossland is in my top speakers list of those I have experienced (including Bill Clinton [fantastic and US$250K a gig] Howard Schultz [President of Starbucks-evangelical-and not unobtainable for money]). Michael combines a great story (which includes a significant share of hardship), quite bit of humour and self-deprecation, and some of his learnings from his experiences. This is done without any superiority, or Ã¢Â€ÂœpreachinessÃ¢Â€Â, and it's wonderful to see how individuals in the audience respond both during the presentation and afterwards. I first heard Michael at a smallish conference and was immediately keen to see and recruit him again. I sponsored him presenting at the National Franchise Conference in Nov 2014 (I sit as Chair of the Franchise Council of Australia), and was delighted when 500 attendees leapt spontaneously to their feet with applause when he finished. Many had been in tears at least once during his presentation, and in fits of laughter at others. I am sure like me, all wanted to do better things in and with our lives after the session. 7-Eleven has since utilised MichaelÃ¢Â€Â™s services at on Ã¢Â€ÂœoperationalÃ¢Â€Â group meeting, and we have already booked him for our National Franchise Conference in April 2016 for about 1500 attendees. I find it hard to recommend him highly enough. If an organisation wants their attendees to be inspired and nicely challenged in what they personally might contribute, to better lives for many. IÃ¢Â€Â™m often an aging hard bitten CEO, but one now who can genuinely say I have changed for the better, in some things I do and opportunities I have gotten involved in, because of exposure to Michael. After many conferences there is tough assessments of speakers and content, but with this cheeky, mature, likeable chap, with an interesting story told beautifully, organisers and senior managers in charge will be complimented by their attendees. DonÃ¢Â€Â™t waste time, just get him involved.
- CEO - 7-Eleven 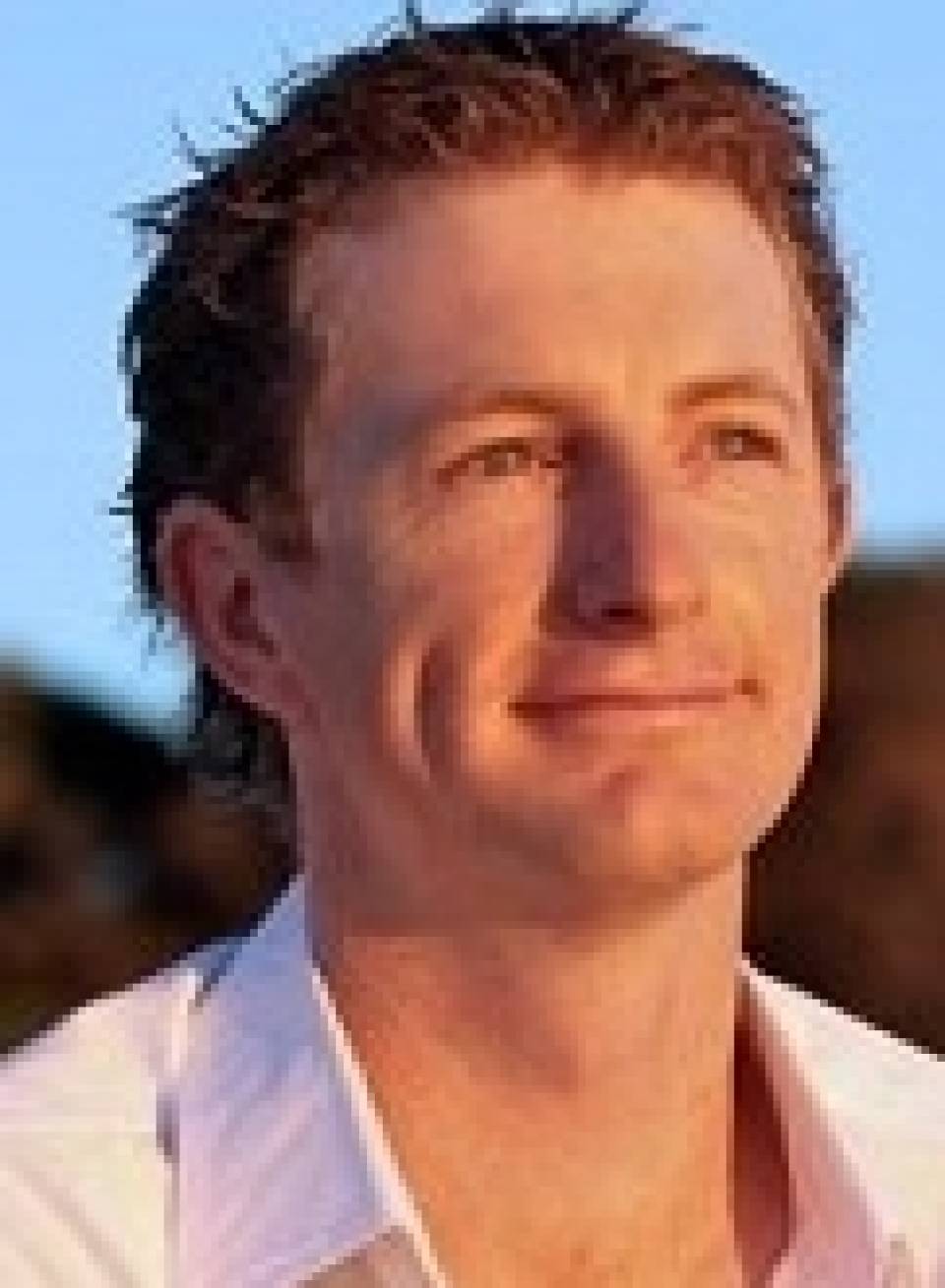