Mikhail Gorbachev has been one of the twentieth century's most pivotal leaders. As President of the Soviet Union, he ended the fifty years of nuclear brinkmanship named the Cold War. In its place, he taught his country and the world two new ideas: glasnost and perestroika. These revolutionary concepts led to the blossoming of freedom in Eastern Europe and the introduction of democracy to Russia.

President Gorbachev dedicated himself to building a relationship of mutual trust between the Soviet Union and the United States, signing two broad disarmament pacts that dramatically reduced the danger of worldwide nuclear destruction. For his extraordinary efforts, he was awarded the Nobel Peace Prize.

Now retired from politics, Gorbachev continues to strive towards achieving his global vision of peace. He founded the Gorbachev Foundation, a non-profit, non-partisan educational foundation dedicated to addressing the challenges of and articulating new priorities for the post-Cold War world.

He founded Green Cross International, an environmental organization with the mission to help ensure a just, sustainable and secure future for all by fostering a value shift and cultivating a new sense of global interdependence and shared responsibility in humanity's relationship with nature.

For the first time since World War II, a generation of children is growing up without the fear that their generation may be the last. Mikhail Gorbachev will be forever honored for providing the courage and vision to help make that possible.

Statesman of the highest orderÃ¢Â€Â is the phrase that former President George Bush used to describe Mikhail Gorbachev. He most certainly is that, as well as an engaging speaker. The audience caught a glimpse of his sense of humor and a definite understanding of how a man from humble beginnings could achieve so much in his lifetime and continues to impact the Russian political scene. The students were proud to receive compliments from him and to be treated with respect. In short, we will hear positive comments for years to come from his presentation. Mr. Gorbachev addressed every angle of the issue and did so forthrightly, while being open to everyone that he met.
- Texas A&M University, Memorial Student Center

From the overwhelmingly positive response he received from our audience of 12,500, it was obvious that he was one of the favorite speakers at the Conference. As part of a core group of Nobel Peace Prize winners, he brought an added dimension to the Conference and contributed to an unforgettable experience for our guests. He not only enlightened our audience but also uplifted them, giving them hope that world peace may not be as elusive as we may think.
- Borton, Petrini & Conron, LLPÃ¢Â€Â™s

The experience will always be a highlight of my life. President Gorbachev was so inspiring. It is clear that the audience was deeply moved by his dynamic personality and brilliant presentation.
- Greater Washington Society of Association Executives

From the perspective of our school, its students and several alumni and faculty who also attended, this was a remarkably successful and exciting event. The personal touches that President Gorbachev added, his sense of humor and interest in the many people he met and his obvious interest in some of the law school's programs added to the aura of friendship and co-operation sounded in his comments. We cannot thank you enough for your help to arrange this visit. In a word, it was inspirational and the hall was electric with the excitement of meeting someone of his stature.
- Dean, McGeorge School of Law, University of the Pacific

Your team hit a home run in content! People loved, absolutely loved Gorbachev. He was witty, smart, convincing, and seemingly excited to be there.
- Sacramento Speaker Series

Gorbachev went well. For the presentation itself, we had record-breaking attendance, lots of media coverage, happy students, etc. etc. Thanks for your help in getting him for us. It really was a Ã¢Â€Âœdream come trueÃ¢Â€Â for the committee.
- The University of Texas-Pan American 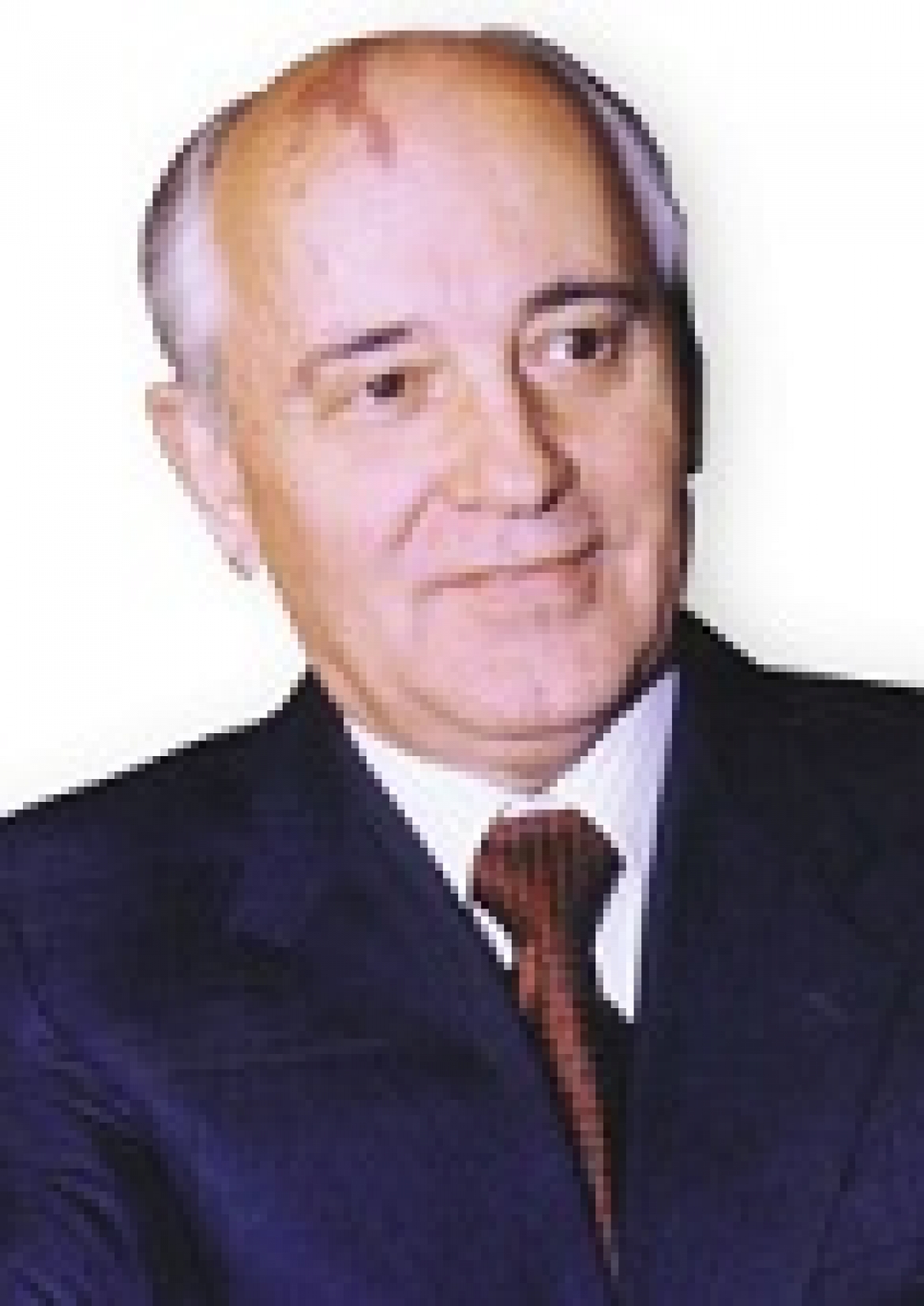