"I am committed and excited about educating and encouraging women to take a positive role in their breast health." -Olivia Newton-John

Born in Cambridge, England in 1948, the youngest child of Professor Brin Newton-John and Irene, daughter of Nobel Prize winning physicist, Max Born, Olivia moved to Melbourne, Australia with her family when she was five.  By the age of fifteen, she had formed an all-girl group called Sol Four.  Later that year she won a talent contest on the popular TV show, 'Sing, Sing, Sing,' which earned her a trip to London.  By 1963, Olivia was appearing on local daytime TV shows and weekly pop music programs in Australia. Olivia cut her first single for Decca Records in 1966, a version of Jackie DeShannon's "Till You Say You'll Be Mine."  In 1971, she recorded a cover of Bob Dylan's "If Not For You," co-produced by John Farrar, who she continues to collaborate with today.

Olivia's U.S. album debut, "Let Me Be There," produced her first top ten single of the same name, with Olivia being honored by the Academy Of Country Music as Most Promising Female Vocalist and a Grammy Award as Best Country Vocalist.  This proved to be only the beginning of a very exciting career. With more than 50 million albums sold, her successes include three more Grammys, numerous Country Music, American Music and Peoples Choice Awards, ten #1 hits including 'Physical', which topped the charts for ten consecutive weeks, and over 15 top 10 singles. (In September 2008, Billboard Magazine listed 'Physical' at #6 on their Top 100 Songs Of All Time list.)  In 1978, her co-starring role with John Travolta in "Grease" catapulted Olivia into super-stardom. This film's best-selling soundtrack featured the duets "You're The One That I Want" and "Summer Nights," with Travolta, as well as her mega-hit, "Hopelessly Devoted To You."   To date 'Grease' remains the most successful movie musical in history and, in 2008, it will celebrate its 30th Anniversary.  Her other film credits include 'Xanadu,' 'Two Of A Kind,' 'It's My Party' and 'Sordid Lives.'

Olivia's appeal seems to be timeless. With a career spanning more than four decades she is still a vibrant, creative individual that is adored by fans across the world.  Throughout her career, the much-loved star, who danced with Gene Kelly in 'Xanadu,' hosted the popular internationally syndicated 'Wild Life' television show, was bestowed an O.B.E. (Order Of The British Empire) by Queen Elizabeth in 1979, has held many humanitarian causes close to her heart, particularly since the birth of her daughter Chloe in 1986. (Clearly following in her mother's footsteps, Chloe has recently completed her first solo recording.) Olivia served as Goodwill Ambassador to the United Nations Environment Programme and in 1991, the Colette Chuda Environmental Fund/CHEC (Children's Health Environmental Coalition) was founded after the tragic death of Chloe's best friend from a rare childhood cancer, with Olivia serving as National Spokesperson for ten years.   Her devotion and shared commitment to CHEC's mission and goals enabled the organization to receive worldwide attention and support. (For more information visit www.HealthyChild.org).

Her charmed life has not been without its share of upset.  In the 90's, Olivia successfully overcame her own battle with breast cancer, which inspired her self-penned and produced album, 'GAIA,' her most personal album reflecting upon her experiences with cancer.  She used these experiences to gain greater self-awareness and became a positive inspiration to millions of people battling cancer.  As a breast cancer survivor, Olivia has become increasingly well known and respected for talking openly about her battle with breast cancer and for promoting public awareness of the importance of early detection.  Her personal victory against cancer led her to announce her partnership with the Austin Health and the creation of the Olivia Newton-John Cancer Centre and Wellness Centre (ONJCWC) on the Austin Campus in her hometown of Melbourne, Australia.  The ONJCWC will provide a comprehensive range of services and facilities for cancer treatment, education, training and research including a wellness center for the mind, body and spirit (www.oliviaappeal.com). In April 2008, Olivia led a team of fellow cancer survivors, celebrities and Olympians on a trek along the Great Wall of China (www.GreatWalkToBeijing.com) and raised more than $2 million to find a new way to treat cancer and build the ONJCWC.  A companion CD to benefit the ONJCWC as part of this global fundraising effort, 'Olivia Newton-John & Friends: A Celebration In Song,' has been released internationally and features duets with Keith Urban, Delta Goodrem, Sir Cliff Richard, Richard Marx, Amy Sky, and Barry Gibb to name a few.  In November 2009, Olivia was on hand for the ground-breaking for the ONJCWC.  Olivia continues to give back to the community generously and has been acknowledged many times by charitable and environmental organizations for her ongoing efforts, among them: the American Red Cross, the Environmental Media Association, the Women's Guild of Cedar's Sinai Medical Center, the Rainforest Alliance and Concept Cure.

Continuing her efforts to find a cure for breast cancer, Olivia launched the Liv Aid, a breast self-examination aid that assists women to exercise breast self-exams correctly (www.Liv.com).  Olivia credits her own breast self-exam as the first step to her eventual diagnosis of breast cancer. Now, 18 years later (and cancer free) she has become a passionate advocate in creating awareness for early detection and, encouraging women to take a more active role in their breast health.

In 1999, Olivia garnered an Emmy Award for her songwriting and returned to work as a performer touring extensively in the United States for the first time in seventeen years.  In the new millennium, her international recognition has continued to grow.   She was invited by the Vatican on behalf of Pope John Paul II to perform at the Jubilee Celebration for the Sick and Healthcare Workers and, she was thrilled to perform at the Opening Ceremony of the Sydney 2000 Olympics to an estimated global viewing audience of four billion people.  Adding to this Olympic experience is what Olivia feels is one of her most memorable moments - the honor of carrying the Olympic Torch during the Olympic Torch Relay.

In 2002, Olivia was inducted into the prestigious Australian Music Hall Of Fame at the 16th Annual Aria Awards. Then, in 2006 she received the Lifetime Achievement Award, presented by friend John Travolta at the G'Day L.A. Ball.   Her passion for Australia was proven once again when Olivia reunited with friend and business partner Pat Farrar to launch their distinctly Australian wines under the iconic homegrown brand Koala Blue, to proudly bring the "taste of Australia" to the rest of the world. In February 2005, along with her business partners Gregg Cave, Warwick Evans and Ruth Kalnin, Olivia opened the Gaia Retreat & Spa in Byron Bay, New South Wales, Australia as an ideal place to renew, refresh and restore. The retreat was honored with the Conde Nast Traveller 2008 Readers' Spa Award Winner for the 'Favourite Overseas Hotel Spa: Australasia & South Pacific.' In January 2010, TripAdvisor named Gaia #3 of the Top 10 Celebrity-Owned Hotels in the World, putting Olivia in the company of fellow hotel owners, Robert Redford, Bono and Robert De Niro among others.

In 2008 Olivia married Amazon Herb Company owner and founder, John 'Amazon John' Easterling (www.AmazonHerb.com). Together Olivia and John are spreading the word about the importance of preserving the Rainforest and, the health values found in the botanicals of the Amazon. They recently launched the organic Rainforest drink, Zamu, to rave reviews. In addition, they are working together with the ACEER Organization (www.ACEER.org) to help the indigenous people of the Amazon gain ownership and title to their land. In September 2009, they also joined forces with Prince Charles' The Prince's Rainforest Project (www.RainforestSOS.org) to further stress the global importance of Rainforest. With her current and ongoing projects and philanthropic endeavors, Olivia's worldwide popularity is as strong as ever! For additional information visit www.OliviaNewton-John.com. 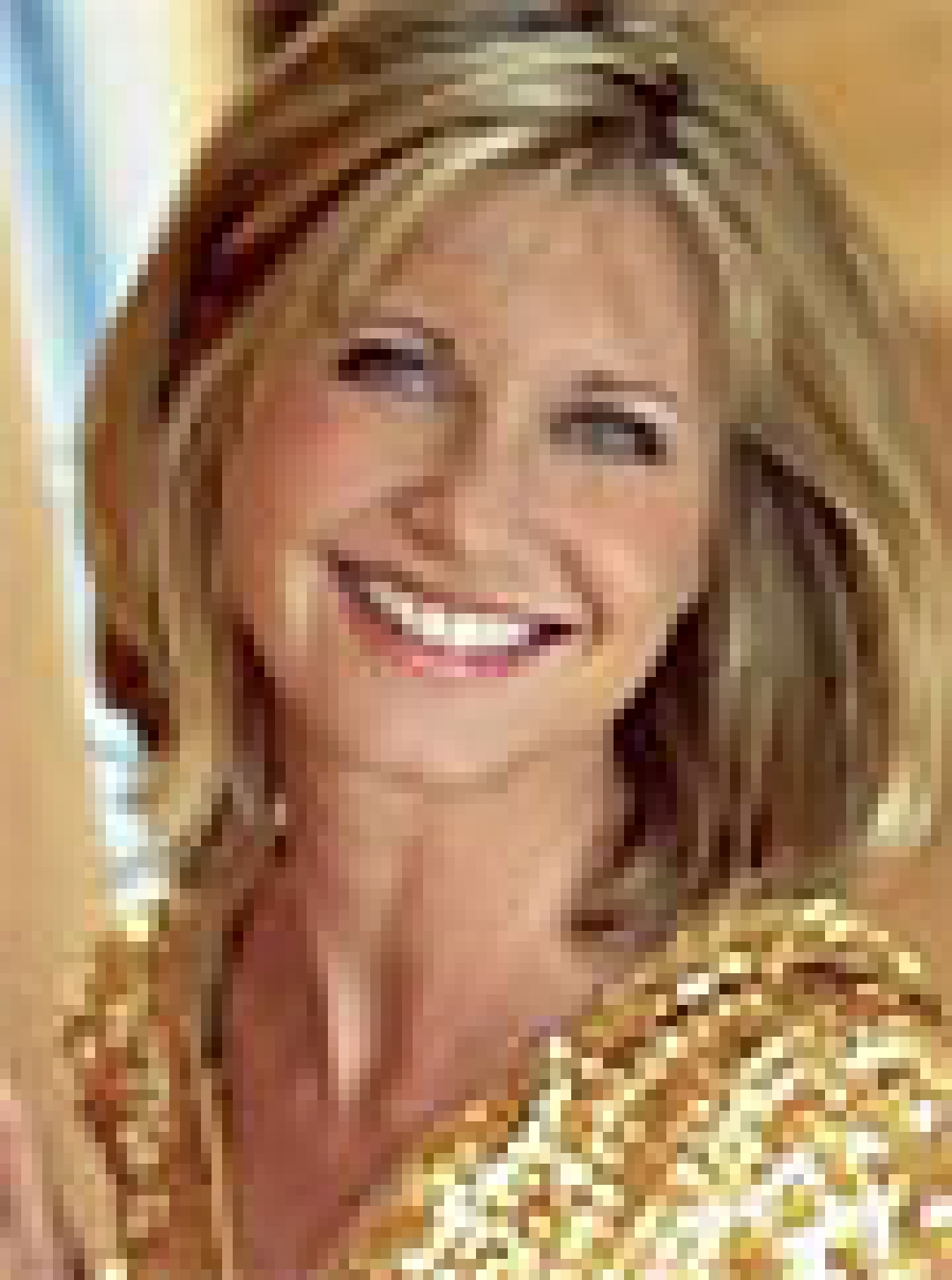