Peter Kuruvita was born in London, UK and from a very young age a range of rich cultures inspired Peter; his childhood memories are filled with the collaborative influences of his Austrian mother and Sri Lankan father.  As a boy, Peter's family moved to his father's hometown of Colombo, Sri Lanka where life was very colourful through the eyes of a young child. Peter vividly recalls his grandmother's primitive kitchen - "There was no gas or electricity, just a simple wood stove."  Growing up in Sri Lanka, Peter spent his early childhood alongside his grandmother watching and preparing family meals created from ancient Sri Lankan spice recipes that had been passed down from earlier generations. This strong sense of family combined with Peter's early association with food has continually inspired him throughout his career.

After Peter completed his chef apprenticeship his first working role was in the kitchen at Crabapple, a local seafood restaurant located in the southern Sydney suburb of Mortdale. He then went on to work  has alongside Greg Doyle at the very fashionable Rogues restaurant & nightclub, Neil Perry at the Blue Water Grill in Bondi Beach, and shared the head chef role at the One Star Michelin restaurant: Rue St Jacques. Following, Peter secured a chef role working alongside the Roux brothers at the Three Star Michelin restaurant: The Waterside Inn, Bray England. He has shared the head chef role with Tony Bilson at Bilsons in Circular Quay.

Peter and his wife Karen later opened their first restaurant - Avalon at Bondi. This small neighbourhood restaurant served up an inspiring range of modern Australian meals to the locals of Sydney

Peter took up the executive chef role at the internationally acclaimed Hayman Island Resort, Great Barrier Reef - Queensland, Australia. Peter's brief on accepting this position was to reposition Hayman, not only as a leading resort of the world, but to increase the profile of the nine food and beverage resort outlets and deliver this five-star luxury resort as a leading food and wine destination. Throughout Peter's stint Hayman Island received a series of awards including TOURISM + LEISURE (US) MAGAZINE 'Best Restaurant, Australia and South Pacific' V World's Best Awards 2002.

Peter then went of to open the impressive Flying Fish restaurant - in collaboration with co- owner Con Dedes and the Flying Fish Fiji, located on the grounds of the Sheraton Denarau.

To celebrate the 21st Anniversary of Dilmah, Peter led a team of eight celebrated chefs and restaurateurs from prestigious Australian establishments to Sri Lanka to film "The Chef & the Tea Maker". Peter was responsible for putting together the team of culinary experts for a unique journey into the culinary art of tea.
Peter has a reputation in the Australian culinary circles as an expert on seafood and he has a strong stance on seafood sustainability. He continues to develop the Flying Fish brand and has launched a range of products along with his cookbook "Serendip."

Peter consults to a variety of businesses in the food and beverage world and has been a guest chef in many countries including the Westin hotel Beijing and New World Hotel Ho Chi Mihn City Vietnam.

Recently, Peter has retraced his roots in a 10 part TV series with SBS.  "Peter Kuruvita's - My Sri Lanka". 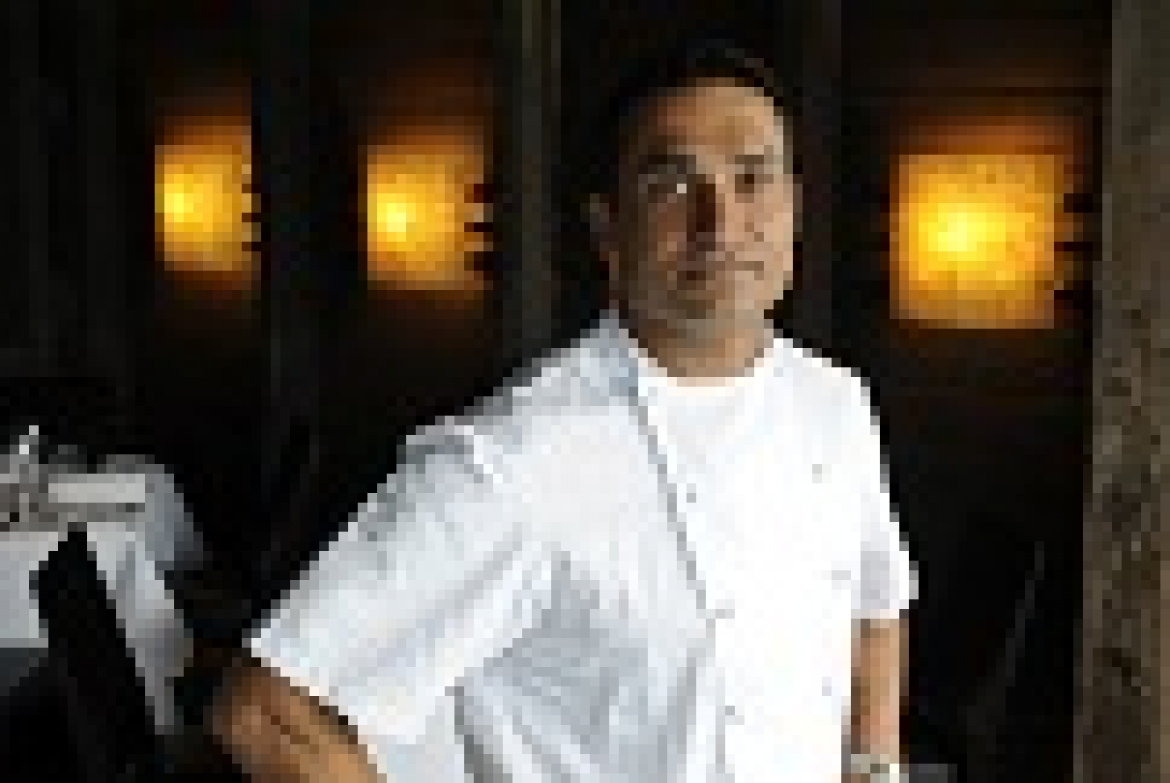