An acrobatic duo of extraordinary skill perform a comic routine, suitable for street or stage, that is awe-inspiring in its execution.
PopEyed present a superb hand balancing act with a seriously comic bent. This routine earned them the world championship at the 2002 11th Annual Daidogei Busking and Street Performance World Cup in Shizouka Japan.

In 2003 PopEyed were invited to perform at the prestigious Kleines Fest in Hannover Germany.
They returned to the Festival in 2004, and remained in Germany for a subsequent eight month tour. PopEyed specialise in tailoring their act to the event.

Ridiculously confident, confidently ridiculous, these masters of equilibrium will have you seesawing from gasps of amazement to belly aching laughter.

The Russians are Coming!

Roving through the crowd and engaging the audience with a stumbling, bumbling stream of broken English, PopEyed perform a seamless collection of acrobatic stunts with a nonchalance reserved for the extraordinarily skilled.

PopEyed are famous for their enthralling and amusing performances both on the stage and in the street.

They have a range of characters and scenarios that are easily and effectively tailored to your theme.

PopEyed love to blend humour with their acrobatic routines, but sometimes a client is looking for something more serious & majestic. Routines in this genre are performed without speaking and so running times are reduced to approximately 7 minutes.

PopEyed's full stage show runs for up to 30 minutes with various options for shorter durations, including dividing the show 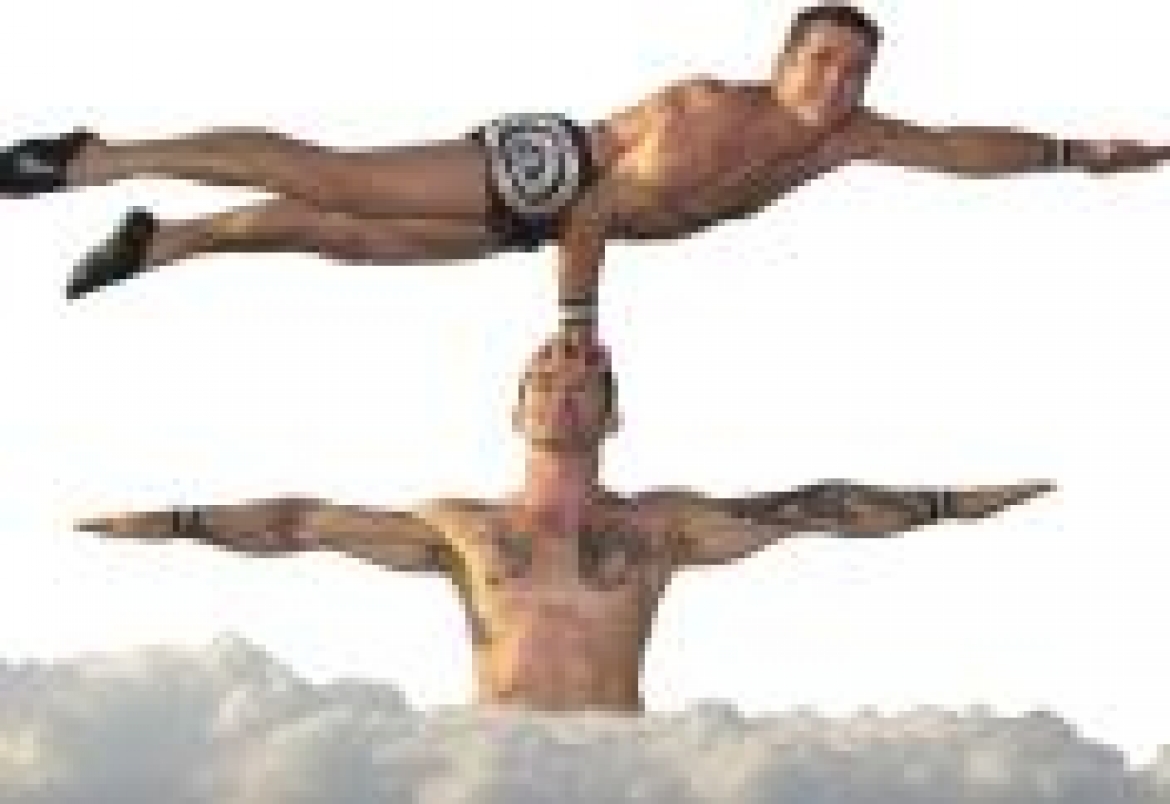