With over 20 years experience, Raymond Crowe is one of Australia's finest and most sought after entertainers. In every one of his thrilling shows, Raymond delivers an intricately woven tapestry of magical artistry, cheeky humour, participatory comedy, and fun.

Raymond is a consummate performer. In addition to the hundreds of corporate shows he performs each year, Raymond's magic has touched millions of people worldwide.

He was the only Australian to be invited on the now famous NBC TV Special - World's Greatest Magic. Filmed before a live audience at Caesar's Palace in Las Vegas, the show features the world's 20 greatest magicians and was viewed by over 20 million people across the globe.

Popular with the public and his peers alike, Raymond's exceptional performance at the World Magic Convention earned him a standing ovation from 3000 magicians - arguably the toughest crowd in the world.

His invitation to lecture and perform at the Magic Live Convention in Las Vegas is a testament to his world-class talent and outstanding capabilities.

His unique brand of light hearted comedy, mischievous ventiloquism and exquisite shadow pupperty will guarantee belly laughs and gasps of amazement from any audience, large or small.

Why The Unusualist is so popular for corporate events:

Unique – audiences have never seen anything like it. He creates wonderment, entertains, energises and moves people.

Clean comedy – witty, charming and non-offensive; it’s a stylish performance suitable for all ages and types of people.

Versatile – Raymond can tailor his act to suit any occasion such as a product launch, award ceremony, conference, Christmas party or gala night; and is just as comfortable performing in an

intimate venue as he is to an audience of thousands.

Easy to work with – professional and friendly, he also doesn’t require any complicated AV requirements

World class act – an iconic performance from a well-known entertainer; Raymond is sure to impress any employee, client or guest.

Raymond Crowe is a real talent. I’m not used to that - I work in television. - Shaun Micallef

Thanks Raymond - that was just wonderful. - David Letterman

He is our favorite Unusualist. - Adam Hills - Spicks & Specks

I love your stuff. - Steve Martin

Simply Brilliant!! Raymond Crowe turned a pleasant awards dinner into a side-splitting show of jaw dropping brilliance. They don’t come any better than this. - Australia Post

Spectacular! The audience were on their feet applauding. It was magnificent. - Baldwin Consulting Group Pty Ltd

Excellent, fantastic, hilarious. I booked Raymond because of rave reviews from people who had seen him perform. Great decision he was fantastic! - Jobs Australia Ltd 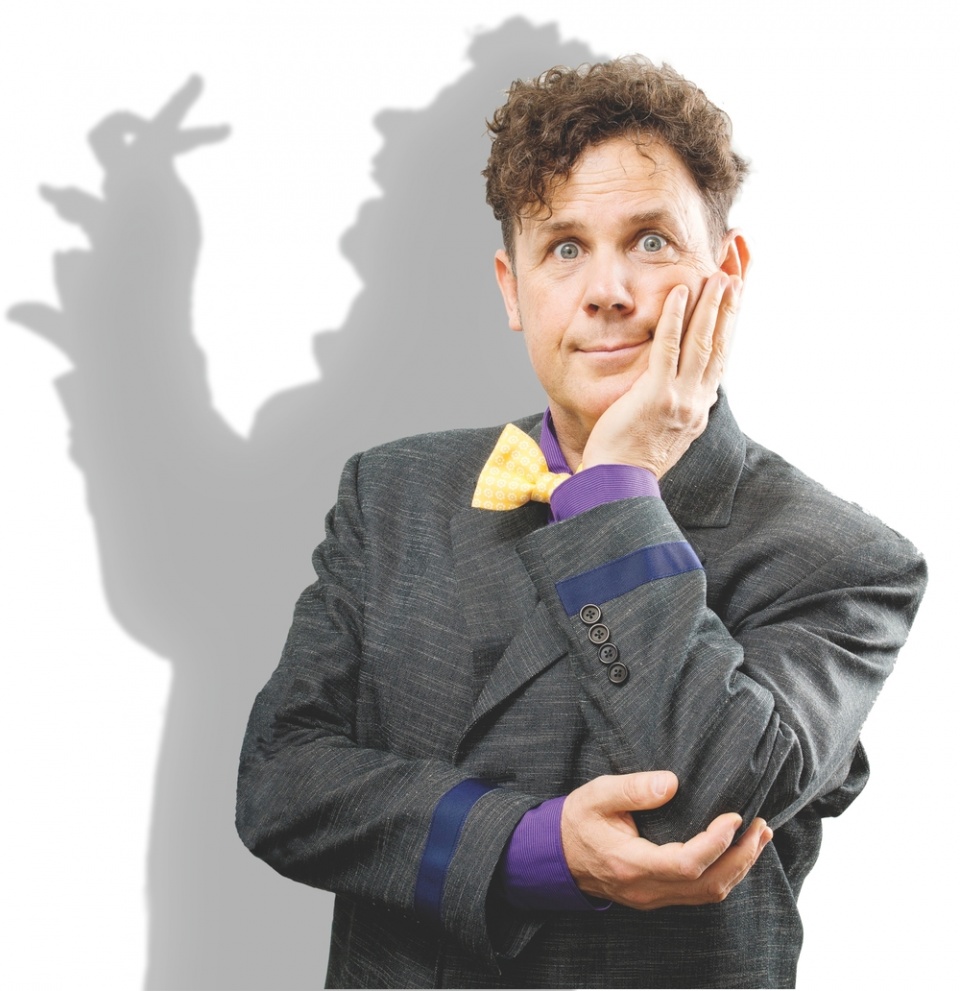