In a span of 25 years early in his senior football career Ron took part as player, captain or coach ? in 17 Grand Finals to take home 10 Premiership cups. That is a rate of 2 grand finals every 3 years. He was vice-captain of his club at the age of 21, captain at 24, captain and coach at 29, and non-playing coach at 33.

He played 204 VFL/AFL games with the Melbourne Football Club and 50 with the Carlton Football Club. He represented Victoria 18 times, gained All Australian selection in 3 successive interstate carnivals and was chosen as All-Australian captain in 1961.

Ron's coaching career of more than 500 games, includes the legendary 1970 Carlton Premiership, an inspired win after being down 44 points at half time (in front of an Australian record crowd of 121,696); North Melbourne's first Premiership Flag in 1975; and that club's 1977 Grand Final replay victory at the end of a record 5 consecutive finals.

He is a Life member of 4 AFL clubs, plus the AFL itself, a record in AFL history. A Legend in his 4 AFL Clubs, a Legend in the AFL Hall of Fame, in 2006 Ron received the highest honour - Legend in the Sport Australia Hall of Fame.

One of the great innovators of the game, Ron pioneered the ruck rover/midfield role, fuelled the handball revolution and the focus on skills. He took the coaches from ground level up into the stands.  He was the first to wear moulded soles on his boots and to replace the traditional steak pre-game lunch with a high energy powdered drink. He captained Melbourne in Australian football's first trip to America, and captain-coached the first Australian team to play the Irish in Ireland and New York at their own game (1967 and 1968). This inspired his football experiment in the 1980s of bringing over young Irish recruits to play in the VFL/AFL, the most successful being 1991 Brownlow Medal winner Jim Stynes.

One of the early movers and shakers in promoting the idea of a national competition, Ron's standing in the football community and his media profile led to his appointment in mid-season 1993 as coach of the Swans, after more than 7 years of retirement. In his role as coach, and a further 8 years as an active member of the Board, Ron is regarded as a significant influence in the Swans' Sydney history.

In "retirement" Ron is still in great demand on the public speaking circuit. Since his first talk at a South Pacific Regional IBM Conference in 1976 Ron has given over 1100 presentations as a motivational and keynote speaker. These days, hot topics among corporate and community audiences are his active lifestyle, fitness and adventurous exploits, as well as the ?old war stories' from his playing and coaching career.

Ron's 70th birthday year, 2006, was big by any calculation. He completed the arduous Kokoda Track, "walked on water" in the Opening Ceremony of the Commonwealth Games and took flight in a tandem parachute jump. He was named Melburnian of the Year, Healthy Ageing Citizen of the Year and elevated to ?Legend? in the Sport Australia Hall of Fame. Since then he has travelled to Dubai, South of France, Egypt, Sri Lanka, Laos, Vietnam, USA, Mexico, Cuba, China, Japan, South Korea and Israel. In July, 2008, he completed a 9 day 450km bike ride in Outer Mongolia.

Accolades for chivalry in 2009 followed Ron being bashed while going to the aid of a woman being assaulted outside a restaurant in St Kilda on New Year's Eve. He was voted 3rd most chivalrous Australian (1st by Victorians) and made Knight of the Order of St Thomas of Acre, an Order started by Richard the Lionheart during the Crusades. In July 2009, he was named Victorian of the Year. 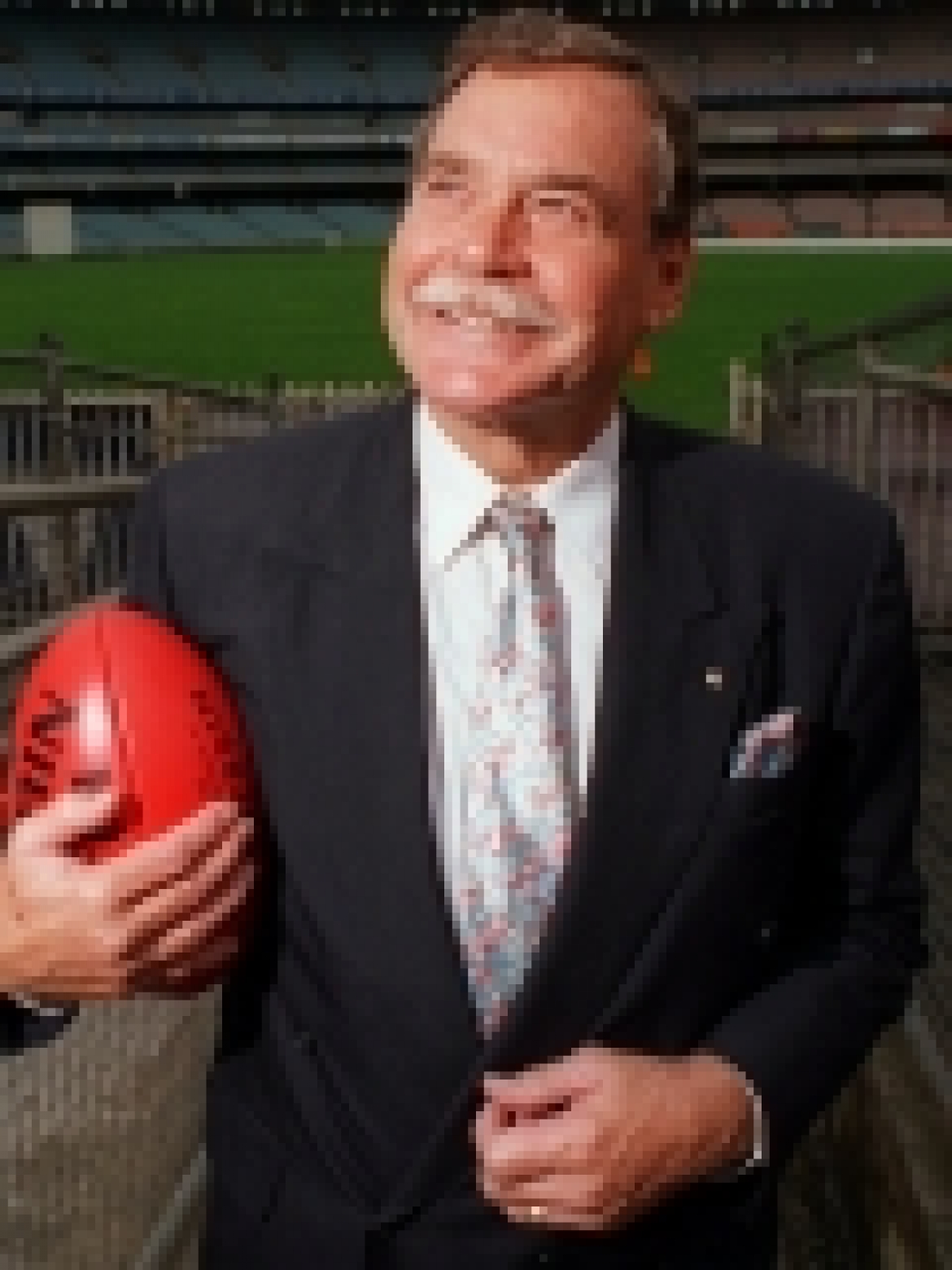