Comedian - as a comedian, Sam burst onto the scene as a finalist on Australia’s Got Talent. He soon fol- lowed with sell-out solo shows at Sydney Opera House, several DVDs from his 1 hour comedy festival shows, and become a big hit on the international comedy circuit touring from Bollywood to Hollywood and beyond.

Tech & start ups - Sam has become a trusted host for pitching, start up and tech events such as:

On the speaking circuit, his keynotes include:

Sam McCool is a professional, focused and funny MC who definitely added value to the recent event we held for our client, a global leading MNC. With a challenging brief he came to the fore, engaging with the audience to help them navigate through the nearly thirty speakers and three days of subject matter and activities. He worked closely with both myself and the end client, adding ideas to bring the interactivity both wanted and needed in the role. I wouldn’t hesitate to work with Sam again or recommend him to others.
Andrew McArthur-Edwards CEO at Now Comms Asia

Sam did an amazing job as MC at our first charity event for the Sydney High School Foundation, which took place at Royal Randwick in Sydney. With around 250 guests and an ambitious run sheet, he kept his (Mc) cool the whole time. Interesting, engaging, funny. Sam was a brilliant asset for our event and we will ask him back.
Paul Almond Employment Law

Sam was our MC for our conference and did a superb job and then in the evening Sam did a stand up gig which was sensational, I haven't laughed like that in a long time and looking around the group they enjoyed it similar to me. I would definitely recommend Sam as an MC for a conference and as a Comedian.
Jonathan Mills Managing Director - RCI APAC & DAE Global / Wyndham Destinations

I was recommended to Sam by a mutual friend to host my National Finance Brokers Day on Wednesday 15 August 2018 with an attendance of 100 people which included keynote speaker, Mark Bouris. From my initial meeting with Sam he made me feel extremely comfortable through his down to earth yet professional approach. His attention to detail was second to none. He covered all points that an MC would need to know as well as offered suggestions that made the event a huge success. His comedic presence made for a light and entertaining event, which is exactly what I was aiming to achieve. Sam kept the event on schedule and on mood. I would highly recommend Sam for any event that you need hosting or for any events requiring a stand up comedian. A true gentlemen who undertakes all parts of his job with class, professionalism and fun.
Dino Pacella Founder of National Finance Broker’s Day

Sam performed a comedy debate for an event Grameen Australia hosted for Nobel Laureate and father of Microfinance, Professor Muhammad Yunus. The topic was “that social business is a totally crazy idea and that only someone totally crazy would start one”. His work was bitingly witty, revealing our dominant mindsets to ourselves in a hilarious and disarming way. He not only charmed and delighted the crowd, he inspired a Nobel Laureate who couldn’t stop remarking on how brilliant the debate was. Thanks for your fearless commentary Sam. Strongly recommend.
Kat Dunn CEO Australia @ GrameenAustralia | Board @ FoodFrontier | Creator @ F-OFF | Coach high achievers through fear of failure

We worked with Sam on the first and second Airtasker Community Summit where he was engaged as an MC to coordinate and guide the event. Sam presented professionally, was engaging, funny and on point. Would absolutely recommend him as an MC.
Tim Fung Founder and CEO at Airtasker

Sam is a seriously funny guy and it was a great pleasure to see him in action. Charming, funny and he had everyone sore from laughter. The great thing was what you saw on stage was the same as off stage - he was more than happy to talk to anyone at the event. You would be comfortable that he could MC or appear at whatever the event was and people would enjoy it.
Bradley Gannon, General Counsel, Legal, Risk & Marketing at Capricorn Society Ltd 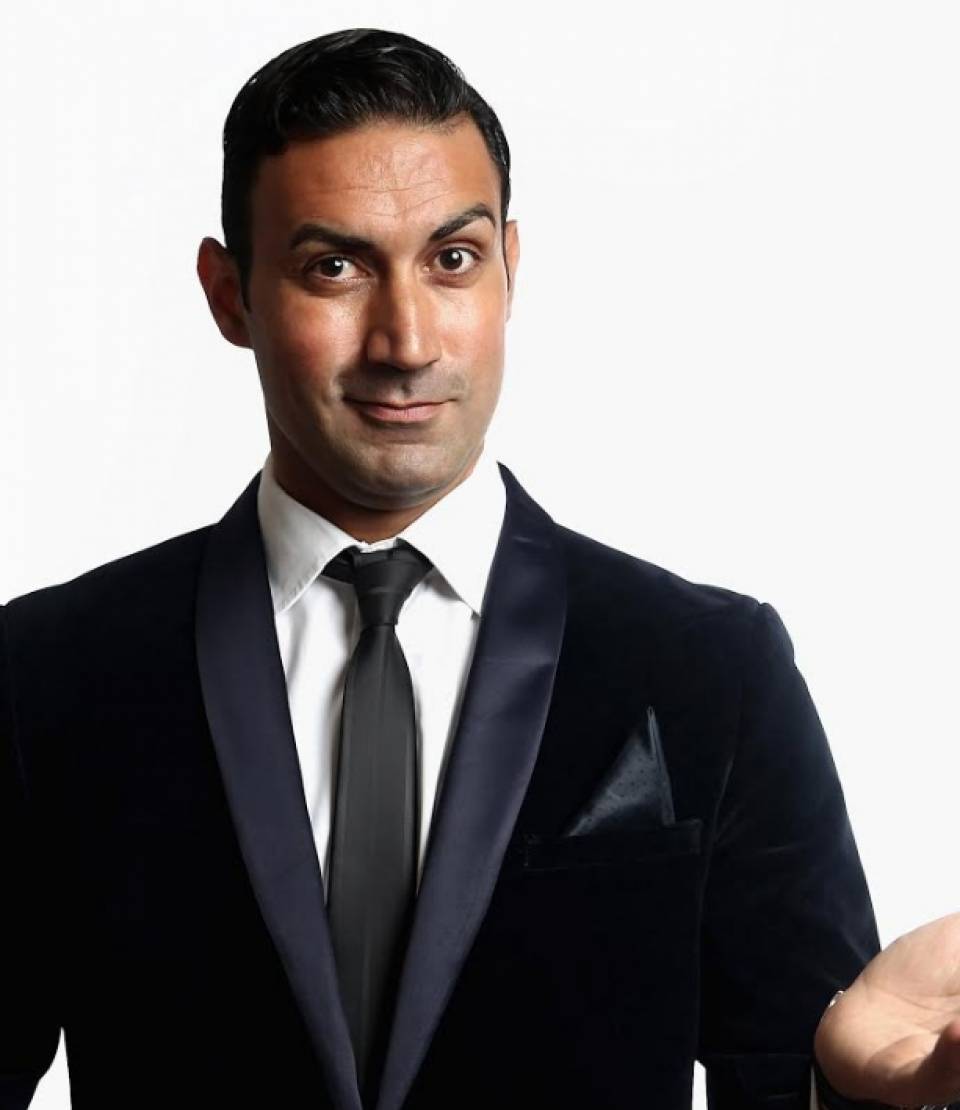