Stephanie Brantz is a freelance television sport presenter, reporter, producer and commentator and sits on the Board of Directors of Football NSW.

Stephanie started her media career with the SBS Sports team in 2000 working on a football program of the time - On the Ball.

After secondment as a press assistant during the Sydney 2000 Games, Stephanie went on to further her studies in Health Sciences before returning to ‘On the Ball’ in 2002.

By 2006 she was host of both the ”FIFA World Cup Highlights Show” and “Toyota World Sport”.

Following the FIFA World Cup, Stephanie presented sport on Channel 9 for Nightline, National Nine News and the “Sunday” Show and hosted the network’s National Basketball League highlights program as well as the Kellogg’s Nutrigrain Ironman Series. She was also the boundary reporter for the Ashes Series 2006-07and producer/ host for the 2009 series of grassroots football program “Football Stars of Tomorrow.”

After leaving Channel Nine, Stephanie free-lanced for Fox Sports and ESPN before joining the ABC as the face of their Sport coverage.

In 2012, she hosted the successful ABC coverage of the London Paralympic Games and from 2010 – 2019 fronted the network’s coverage of the Australian of the Year, the Flag Raising and Citizenship ceremony, New Year’s Eve and also the ANZAC Dawn Service coverage from Gallipoli/Villers-Bretonneux and the Centenary commemorations across the Western Front and Beersheba.

From 2016, Stephanie joined the ESPN Australia team as a host and contributor for regular written and video content and reporting/presenting from the FIFA World Cup in Russia as well as the Australian Open and hosting the US Open Tennis program ‘US Open Primetime’, she appears on Fox Sports and ABC as lead commentator of the W-League football competition, and football internationals and anchored the ‘Brumbies TV’ Super Rugby show on One HD as well as co-hosting the Macquarie Sports Radio drive time program through the Commonwealth Games. .

In 2019, Stephanie travelled to France for the FIFA Women’s World Cup as a producer for FIFA TV and has also produced segments for the FIFA football show and documentaries for FIFA Films.

Through her own production company she also produces corporate videos.

In 2020, she joined SEN as host of ‘Trailblazers with Stephanie Brantz’ a weekly long-form interview program.

She has interviewed hundreds of athletes and personalities from a variety of sports – as part of her work with SBS, Channel Nine, ESPN and ABC and SEN.

A self-confessed 'sport nut', Stephanie, who is of Dutch/Indonesian heritage, grew up in Brisbane and represented Queensland at State level competition in netball, basketball, swimming and athletics before launching a modeling career that orchestrated a move to Sydney.

Stephanie modeled for more than 15 years, appearing in major magazine campaigns and TV commercials and in that time also qualified as a Naturopath and Personal Trainer, running her own Naturopathic Clinic for 10 years in Sydney’s Inner West before joining the media.

A former Trustee at the Sydney Cricket and Sports Ground Trust, Stephanie is in high demand for MC and speaking roles. Her work has included hosting functions for Football Federation Australia, Sports Advocacy Group at Parliament House, the Australian Paralympic Committee, Sydney FC, NSW Waratahs, Sydney Roosters, the Sydney Cricket and Sports Ground Trust and Special Olympics as well as other corporate events, Gala Awards nights and conferences. In 2019 she was appointed as a Council Member on DFAT’s Sports Diplomacy Advisory Council.

Stephanie is an ambassador for 1goal - an organisation raising funds and awareness for underprivileged children around the world, for AIEF – the Australian Indigenous Education Fund where she is involved in their student mentoring program and for The Chappell Foundation which raises funds to eradicate homelessness.

Stephanie has two sons and a daughter and lives in Sydney. 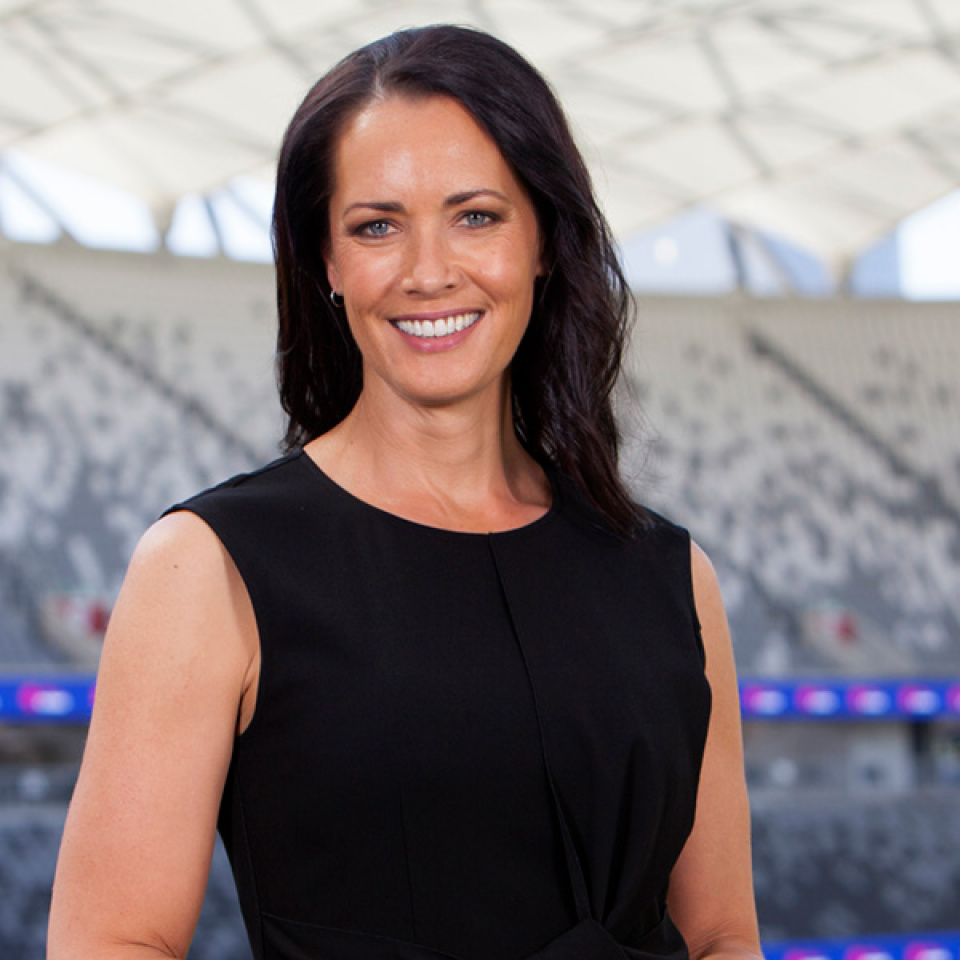