Steve Haddan is one of Australia's most popular comedians with over 25 years in the industry. Steve's strengths are simple; he's good, he's funny, he shows up, he gets the job done. He knows the business and is dedicated to realising long term relationships with his clients.

Steve's background provides a pointer to the range of skills he can utilise. He graduated from the University of Queensland with a degree in journalism and Australian history and then worked with the Royal Queensland Theatre Company as an actor, starring in major productions for two years. Steve shared the stage with fellow alumni from the RQTC, including Oscar winner Geoffrey Rush, at the Queensland Performing Arts Centre, giving a show stopping performance at a gala tribute to commemorate the career of the company's long serving Artistic Director, the late Alan Edwards.

After his stint with the RQTC, Steve made the first of several significant career shifts, beginning a four year selling stint with Rank Xerox, where he was one of the company's top salesmen. He was the American Chamber of Commerce Xerox Australian Salesman of the Year.

Steve has since moonlighted as a comedian, but things stepped up when in a series of appearances on the Ten Network's hugely popular variety show "Star Search", an earlier incarnation of the "Australian Idol" concept, Steve cloned an uncanny impression of rock guru, "Molly" Meldrum. He now embraced national stardom.

A swag of appearances followed on Nine's "Hey Hey it's Saturday" and Seven's "Celebrity Family Feud". Utilising his amazing talents as a comic performer, and his talent for selling, Steve became one of the country's most sought after corporate performers, engaged by the most demanding blue chip entities.

Steve spent a number of years in radio, as a comedy writer and on-air performer with FM 104, which then boasted the largest per capita audience in Australian radio. He landed the Australian Federation of Radio Broadcasters "Raward" for the best new talent on Australian metropolitan radio.

Then came another shift. He wrote and self published "The Power's Bitter History of the New South Wales Rugby League Finals" - the first ever history of what is now the NRL. It was a runaway best seller. Two editions were published, with over 17,000 books sold.

He then linked with the Nine Network, hosting the morning variety show "In Brisbane Today" with Fiona McDonald. He began fronting the sports bulletin on the Brisbane edition of National Nine News. Steve now has over 20 years as a sports presenter and journalist with Nine.

Meantime Steve's bookings as a comedian, after-dinner speaker and master of ceremonies continue to build. His clients all demand, and receive, the very best in quality entertainment. His attention to detail and love of his work has landed him in Europe, the United States and all major cities of Asia.

There is not a major corporation that has not engaged the services of this impressive performer. If it has to work, Steve Haddan is your man.

MASTER CLASS -HEAD HEART BODY
USE YOUR HEAD
With 30 years' experience as a bestselling sportswriter, award winning salesman, actor, comedian/entertainer and radio and television personality, Steve Haddan presents the opening segment of the Master Class. Steve's collaborated with thousands of companies and spent a lifetime studying the Science of Success. Here he fine-tunes the way you think, enabling clearer and more productive choices. Steve's life-changing presentation ensures you seize every opportunity and learn to enjoy who you are and what you do.
Opening the Head, Heart and Body experience, Steve immediately engages the group with humor and honesty, cementing empathy and establishing trust. Even the most cynical delegate becomes a willing participant in the inspired adventure which follows.

How you choose to feel about your life determines how much you'lll enjoy it. "Use Your Head" is an examination of what we have to offer as individuals and the choices we make to achieve what we want - at work and at home.

Session Overview:
Calling on his 30-year experience as one of Australia's busiest entertainers and business comedians, Steve welcomes the group and tells of the short but remarkable history of the HHB Master Class, and the steps he took to reconstruct his career after 20 years with the Nine Network.  The first interactive exercise is a self-introduction of the participants which paints a compelling picture of the personalities involved. Steve then shares his own personal story - the highs, the lows - a life lived, experience gained, challenges met. He speaks candidly of his adoption, surviving divorce, the death of his son Freddie and his subsequent recovery from alcoholism. He then examines the concept of creative intelligence and how we unlock the power and potential which is within us all. Decision, action, persistence. Steve's second hour is an examination of the Science of Success - it's about attitude, gratitude, discipline, acceptance, taking the good with the bad, self-honesty, becoming the best that you can be, and re-discovering the inherent enjoyment in everything you do.

COMMAND YOUR BODY
As the Director of June Dally-Watkins Education and Training, market leaders in personal development and corporate image solutions for 60 years, Jodie Bache-McLean has spent her professional life at the coal face, guiding and encouraging Australians from all walks of life in the finer points of personal communication and etiquette. In the middle segment of the Master Class Jodie's expertise will take participants on a groundbreaking journey of transformation. Jodie's approach to handling awkward social challenges with respect, manners and chivalry and her powerful bonding techniques pave the way for a happier and more productive workplace. Business leaders often state that one of the most important pre-requisites at work are an ability to communicate well.  However when asked what makes a good communicator, many people are unable to respond with a clearly defined set of skills.  Imagine how valuable you'd be to your organization if you were able to master the qualities that make a good communicator. Imagine the positive impact this would have on your ability to get on with your colleagues and customers and get the things that you want. Good communication skills can help you avoid conflict, solve problems and are critical to building a team-orientated culture at work.

Cynthia J. Morton is the bestselling Author, Blogger, Lecturer and Founder of the multi award-winning Emotional Fitness Program. Over the past 15 years she has helped nearly 30,000 Australians - from the leaders of commerce and industry to elite athletes, and indigenous and non-indigenous teenagers -   improve their emotional health and well-being. Her extraordinary work has been recognized with an Australian of the Year Award, The Prime Ministers Award of Excellence Award, and The Pride of Australia Medal. Concluding the day with simple, common sense formulas and emotional tools, Cynthia's voyage of discovery improves emotional self-care and resilience, and ensures that the emotional needs of the individual and broader group are honoured.

To thine own self be true - is the catchphrase of Cynthia's segment, which offers participants the opportunity to review the current state of their Emotional Fitness across all areas of daily life. The award-winning Emotional Fitness Formula delivers the three essential emotional structures which improve emotional self-care, knowledge and resilience.
Session Overview:

The revolutionary Emotional Fitness Formula has enabled thousands of Australians to evolve from a position of just surviving emotional life to heartfelt and intimately fulfilling relationships, with themselves and others.  Cynthia provides an on-the-spot Emotional Fitness health check to avert the likelihood of emotional burnout.  A six minute DVD also documents Cynthia's work in this field over the past decade, featuring client feedback, clinical opinion and television interviews.

The highlight of the conference.
- Distributors Manager, BP Australia

I don't quite know where to begin to thank you. I had so many wonderful reports from people all centred on your performance and the great atmosphere it created.
- Endeavour Foundation Benefit Committee

We couldn't have wished for a better start to our conference... the best I have ever seen.
- Managing Director, Hartech Pty Ltd

Your ability to portray various characters and totally involve a large audience is nothing short of brilliant.
- Group Marketing Manager, Sunshine Pharmacies

... an enormous success with many positive remarks from even the most hardened conventioneers. The response from such a diversified audience attests to your ability and talent as a performer of the highest calibre.
- Industrial Officer, QLD Road Transport Association Ltd

I don't believe we could have asked for anyone better. It was wonderful having you here and it certainly made the night.
- Goondiwindi Mayor, Easter on the McIntyre

You have a special gift with what you do, and it definitely makes a difference to so many people. When you have the ability to move people - from laughing to crying and back again - it gets people to think about their lives in a better way! Keep up the awesome work!
- CEO National College of Business and delegate, Brisbane EntrepreneurÃ¢Â€Â™s Organisation Chapter Advance, Byron Bay 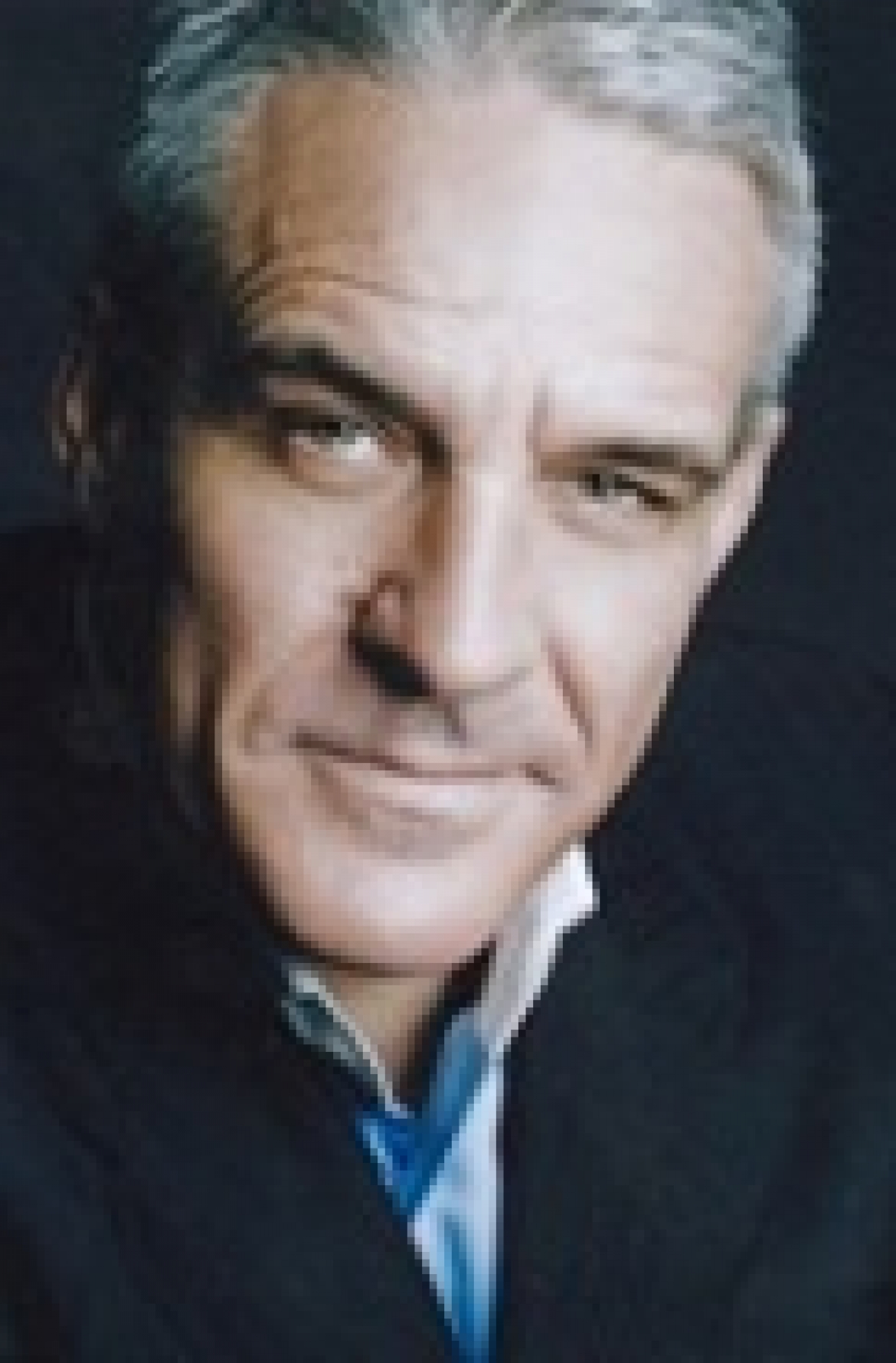