'The Leading Men' are made up of the biggest names in Australian Music Theatre and are famous for incorporating the great Broadway Showstoppers with a touch of 'Il Divo'.

This unique combination of performers have all played lead roles in the major musicals throughout Australasia. From 'Beauty and the Beast' to 'West Side Story', Leonard Bernstein to Andrew Lloyd Webber, Jimmy Barnes to Midnight Oil, this one-of-a-kind show has something to delight every audience member.

They quickly earned the mantle as Australia's 'hottest new act' with all songs being show stoppers but most have been re-worked to provide a sophisticated, powerful and often hilarious experience. The signature 6 minute medley giving the 'Il Divo' treatment to some of Australia's iconic rock songs are worth a night's entertainment alone.

They are the only act to have been asked to perform for both the Danish and the Swedish Royal families on their respective Royal visits recently and have appeared throughout Australia, New Zealand and Asia at many major corporate and charity events.

The Leading Men, without doubt, provides one of the most charming collections of charismatic stage personalities presented in a long time. This is the show that truly delivers the 'wow' factor and promises an evening of unprecedented enjoyment, sophistication and pure class.

The Leading Men were recently voted The Australian Event Awards Entertainer of the Year - Finalist.

Songs performed from the following shows

What a fantastic concept! You guys have put together a really great show - as good as anything I've seen in the UK.
- Sir Michael Parkinson

You guys were amazing. The voices were so powerful and I didn't expect the show to be so funny.
- Steve Waugh, Cricketer

These guys are worth every cent, performing over a lagoon stage when it started to rain the leading men just took it all in their stride and delivered one of the best performances our delegates have ever seen! A definite WOW factor from these guys that will keep your audience pumped for the night ahead!
- Bridges Finance

It was a wonderful performance, the four leading men were classy, polished and very professional. A fantastic way to start the evening, which was a huge success. The four performers were 'Leading Men' in every sense of the word, their performance was spectacular.
- Raine & Horne

The special ingredients that each of the men brought to the performance was exceptional. A combination of dynamic voices and sophisticated humour added something special to making this inaugural event a fabulous success. Their energetic presentation of the show delighted everybody on our guest list
- National Breast Cancer Foundation

This morning's gig was excellent!! Il Divo be damned! That's the intelligent, funny, entertaining magic only seasoned performers can pull out of their hats - well done.
- Lumely Insurance 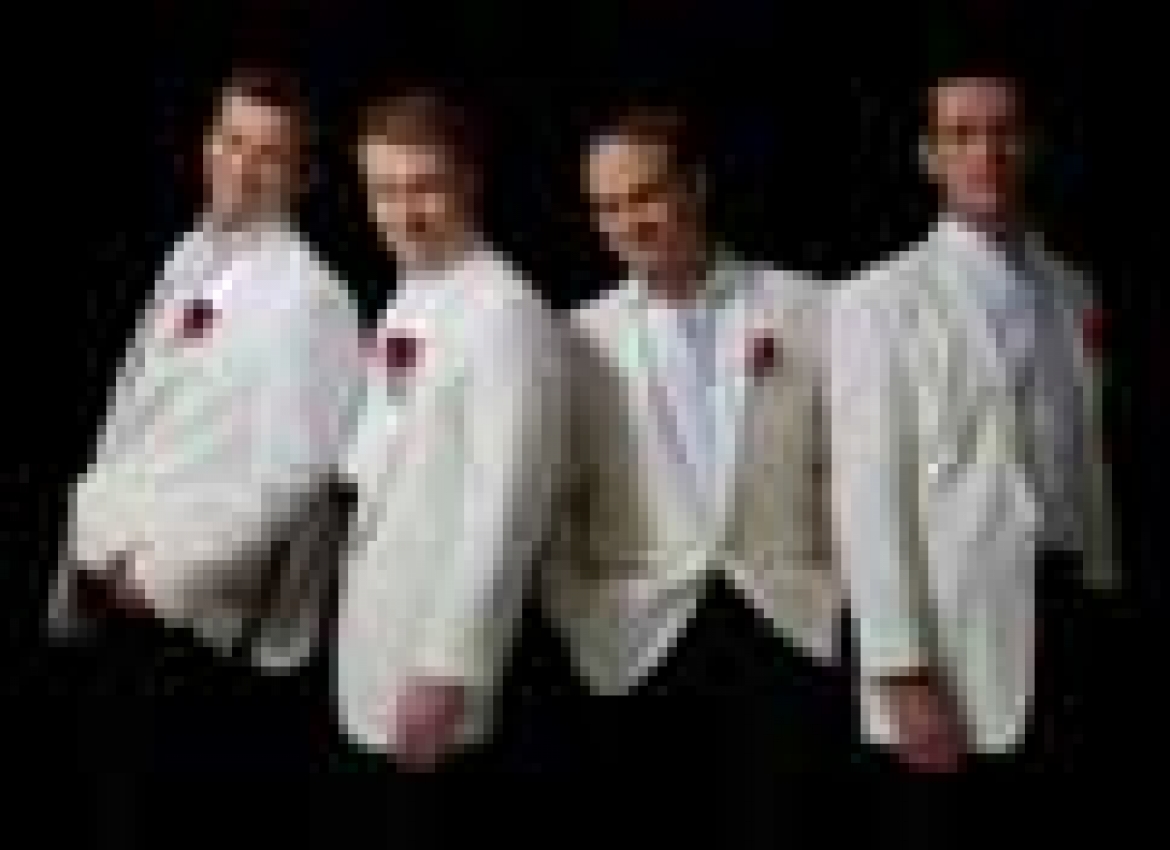