The Rat Pack's Back

Australia's very own Rat Pack has burst into the corporate scene in a tight, polished, tongue-in-cheek cabaret act evoking the style of the infamous American Rat Pack and starring some of Australia's brightest talents. The Rat Pack's Back are three entertainers who sing and dance up a storm with some of the world's most loved songs made famous by Frank Sinatra, Dean Martin and Sammy Davis Jnr.

Come Fly With Me; You Make Me Feel So Young; Volare; New York, New York; The Lady Is A Tramp; One For My Baby; What Kind Of Fool Am I; When Somebody Loves You; I'm Gonna Live Until I Die; My Way...

With masterfully recorded backing tracks, The Rat Pack's Back recreates the sound of the Big Band era in a dazzling show. Dressed to the nines, the three guys venture into the audience with witty one liners and soaring vocals, standing on chairs and even getting a lucky few up to dance! The act reaches its climax with a fully choreographed rendition of the classic - New York, New York.

Whether at a cocktail party or in a grand ballroom for a thousand, The Rat Pack's Back provides entertainment at it's most sophisticated and elegant best.

I love you new show. I didn't know you could dance!
- Honorary Ambassador Janette Howard

The performance of was beyond outstanding - slick, fun, entertaining and interactive. Performing to over 600 guests from across the export community, the exceptionally talented singers were a standout on the night. Given the serious nature of the event, The Rat Pack's Back broke the ice and had guests singing along and joining in with the performance.
- Australian Institute of Export Ã¢Â€Â“ Export Awards 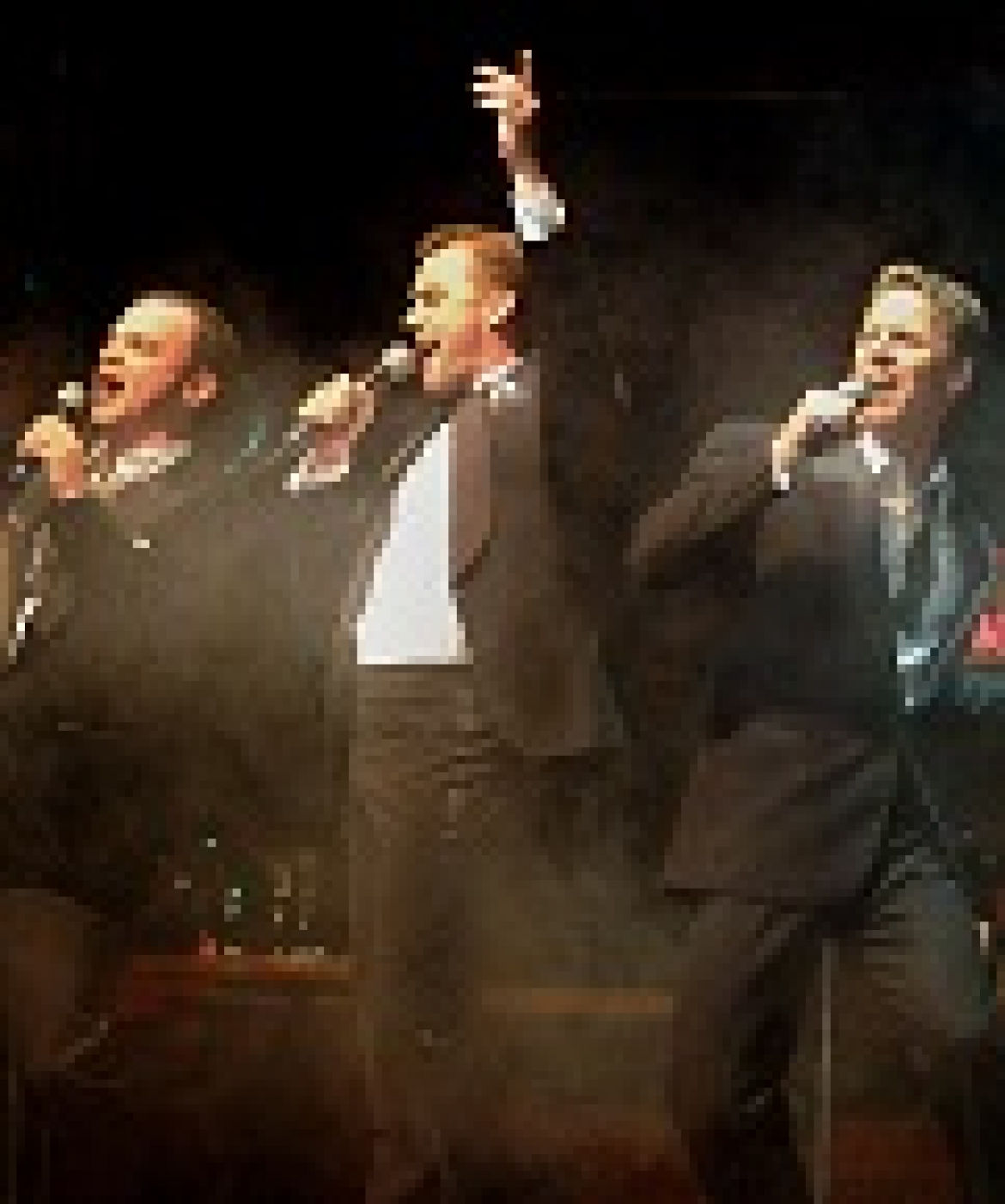