They dance under the name of the Swingchesters, Margaret (63 years old) and Ron (84 years old), but are also know as The Jitterbug Dancers. They often clear the floor at various dance venues around Melbourne and Victoria. They could dance at a fast and furious pace for 30 minutes. And if more is wanted, they are only too happy to dance more.

They entertain for the Show Biz club and the Entertainers club in Melbourne, as well as various ballroom /Rock and Roll dance schools.They are also known as the 'King and Queen of swing'.

In the year 2001 they were placed 5th in the London/European Lindy Hop open aged competition. In 2003 they came second at the Wintersun Lindy Hop open category at Surfers Paradise, and came second in the open age international Lindy Hop championship at the Crown Casino in 2004.

Margaret and Ron took over the dance floor. Both were dressed in black and white outfits and really burned up the floor with their jiving gyrations. The audience was left feeling positively breathless after watching them perform two dazzling dance routines. Well done.
- The Entertainers Club 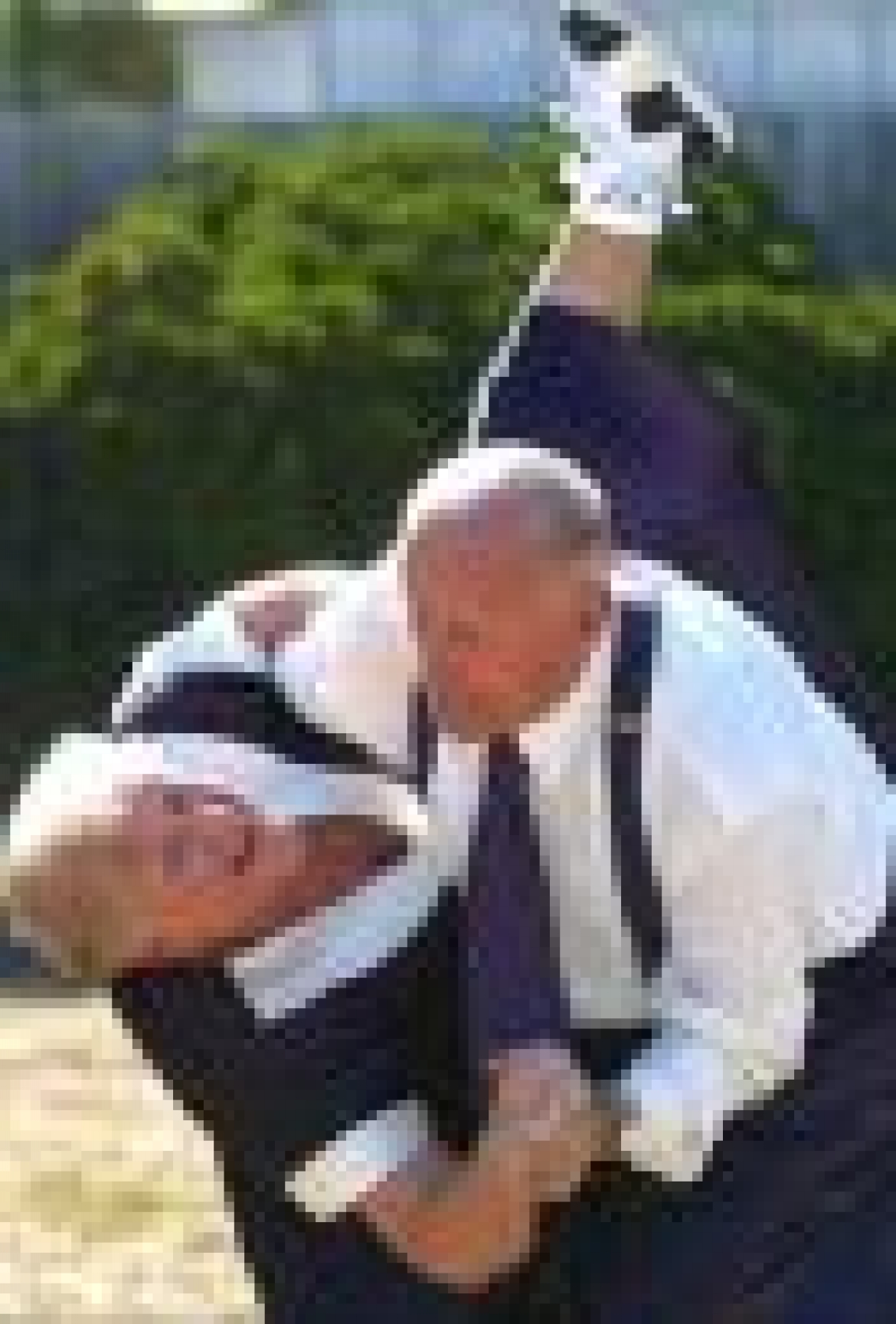