Lynda and Jools Topp, were born in Huntly in 1958 and raised on a small Waikato dairy farm in the North Island of New Zealand. They grew up singing to the cows and made their debut performance, "Walking in the Sunshine" with boaters and canes, at the tender age of five at a cousin's 21st party.
The Twins' rural upbringing explains their essentially country roots and mastery of yodelling. It all started with a neighbour's collection of Shirley Thoms, Judy Holmes and Patsy Montana on old 78s. Jools remembers her sister's passion of learning to yodel: "The first time Lynda heard a yodel she went into this sort of swoon and became obsessed about learning it. She used to ride to the nearby farm about 30 minutes up the road on horseback, listen to their old wind-up gramophone, jump back on her horse, race home, get out the guitar and desperately try and remember what she had just heard - it took her three years to learn to yodel".


"Yodelling is a dying art. Not a lot of people are doing it, but a lot have died in the attempt", Lynda Topp, yodeller.


After 16 years of rural isolation, the Twins joined the Territorial Army (not for patriotic reasons but to see the country) and quickly became the Vera Lynns of their battalion. But their Army careers were destined to be short-lived. After jumping train in Christchurch they began busking and playing in small cafes. In their early twenties, with a guitar each and a highly original political repertoire, the Topp Twins moved to Auckland and soon developed a cult-following as buskers. A familiar sight every Friday night, crowds of several hundred would often gather and overflow the footpaths as the twins played with cheerful effrontery, involving the crowd in their visual antics.


The Topp Twins came of age as performers in the early '80s during the heady days of political protesting. They were very much at the forefront of the struggle for anti-apartheid, Nuclear-Free NZ, Maori land rights and the Homosexual Law Reform. As out lesbians since 1977 (when the main press refused to print the word) the Topp Twins have always been visible and proud about their sexual identity. The Twins' ability to relate to all kinds of people, and their gift for humour, has ensured that this is not an issue. One of the unique qualities of the Topp Twins is that they have successfully crossed from the fringes to the mainstream.


"The most political stage is right now, because we are taking a known lesbian act and we're putting it on primetime TV and we're getting mums and dads and kids to watch it". - Jools Topp


During the eighties, with the help of the Students Arts Council, the Twins toured every corner of New Zealand, producing sell-out theatre shows based on their life-stories and laced with political satire. The best of the Twins' stage shows were filmed for a Television Special for which they won several NZ Film & TV Awards including 1987 Entertainers of the Year, Best Entertainment Program and Best Original Music.


A decade later, the Topp Twins own primetime TV Series Do Not Adjust Your Twinset is one of TV3's top rating shows and has won the Topps' several more TV awards. Highly successful tours to Australia, Canada, the USA and Britain have met with exceptional reviews and extended their following globally. New Zealand's "national treasures" have become "cultural ambassadors" and their country's "finest artistic export since lamb cutlets" The Herald, Glasgow. 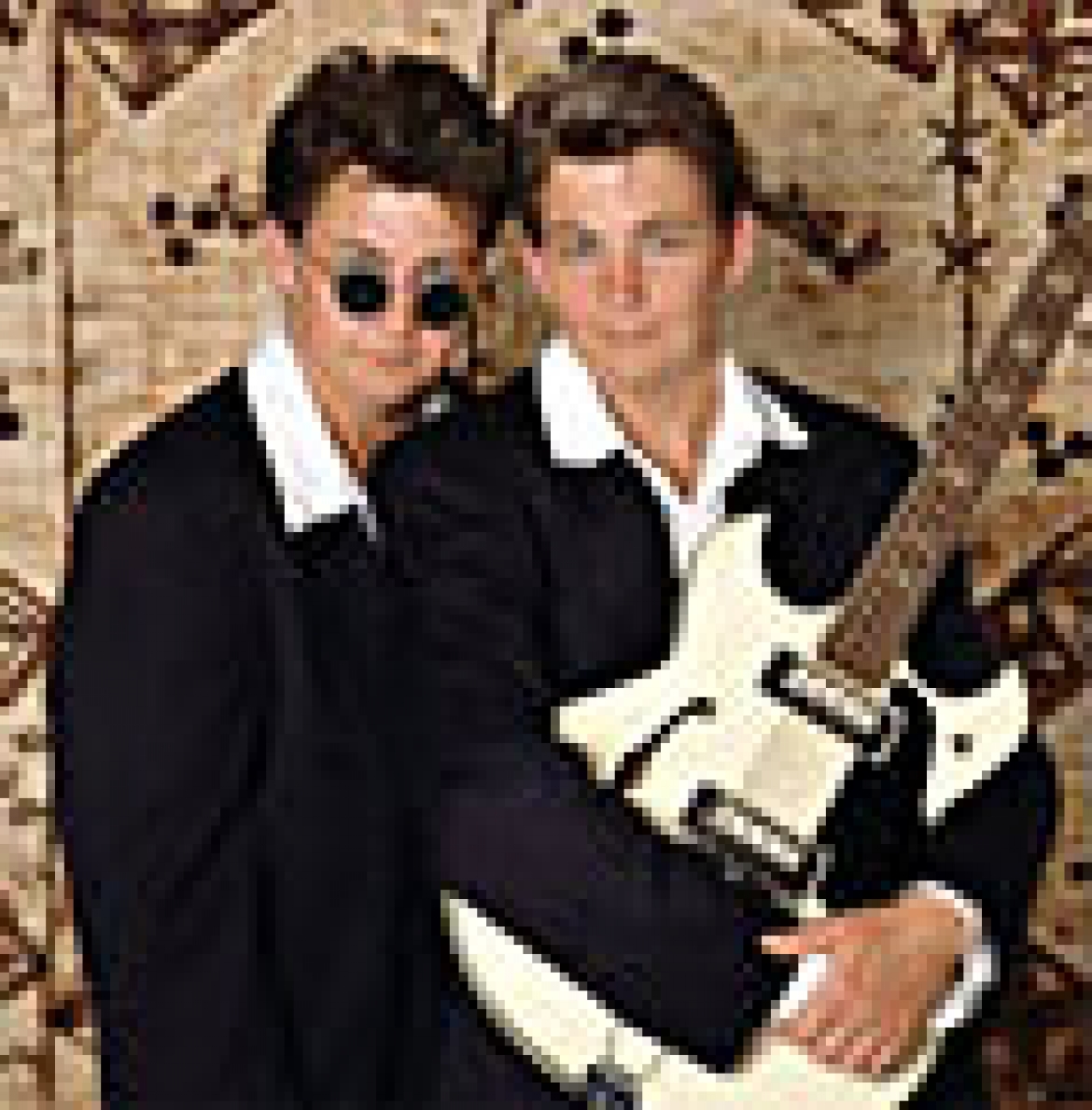