They have faced off against George Negus, played charades with Harry Shearer, have multi platinum, award winning DVD's, supported Take That just before Robbie left and N'Sync just before JT left (if you'd like Human Nature to break up just give them a call), performed for the Queen at the Royal Variety Performance, served a ball into Pat Rafter's  backside in front of thousands, appeared on Jay Leno with their second biggest US fan Robin Williams and are regularly stalked by American and Australian women after the success of their kids TV show 'The Upside Down Show' and sold out their debut season at the famous Tipi in Berlin.

Since 1991 The Umbilical Brothers have delighted fans around the world, as they twist theatrical rules and everyday situations into comedy triumph. Time Out NY called them 'Australia's hottest export since vegemite.'

From Hawaii to Tokyo, New York to Stockholm, audiences have laughed like idiots at this acclaimed performance, as Shane and Dave use the entire comedy spectrum to convey their craft in their signature show, Don't Explain. In its incarnation as -Thwak', their New York show which ran for a year Off Broadway, the show was nominated for a Drama Desk Award for Most Unique Theatrical Entertainment. Time Magazine called it 'Pure theatre and pure fun'.

The appeal of the show goes across generations. The children in the audience were as enthralled by the physical comedy as the adults, and the more extreme or complex material merrily sailed over their heads. As the New York Times confirmed 'You're left only to shake your head and marvel.'

Like a schizophrenic Police Academy character, the Umbilical Brothers provide realistic but ludicrous vocal soundtracks to each others magical miming.
- The Advertiser, Adelaide

Wildly funny, wildly creative...they truly seem to be psychic twins, joined in an irresistible conspiracy to commit comedy...inspired anarchy...silly behaviour of the highest calibre...you're left only to shake your head and marvel.
- New York Times

Twisted and absolutely hilarious...a hell of a good time
- Time Out NY

Fast, inventive, cheerfully crude and wittily self aware, thwak might be classified as performance art, but we call it pure theatre and pure fun?
- Time

The umbilical brothers' "thwak" is hard to describe but easy to love...high points include the abuse of latecomers and a puppet show involving a bunny and a mallet. Even if you think you hate mimes, you won't hate 'thwak'.
- Entertainment Weekly

My faith in comedy was restored. If you thought Lee Evans was the last word in physical humour, Collins and Dundas raise the stakes a hundredfold
- The Times

Over the course of 90 insanely inventive minutes, they both exceed and subvert our expectations of what two wiry men can do with a bare stage and a microphone
- Time Out London 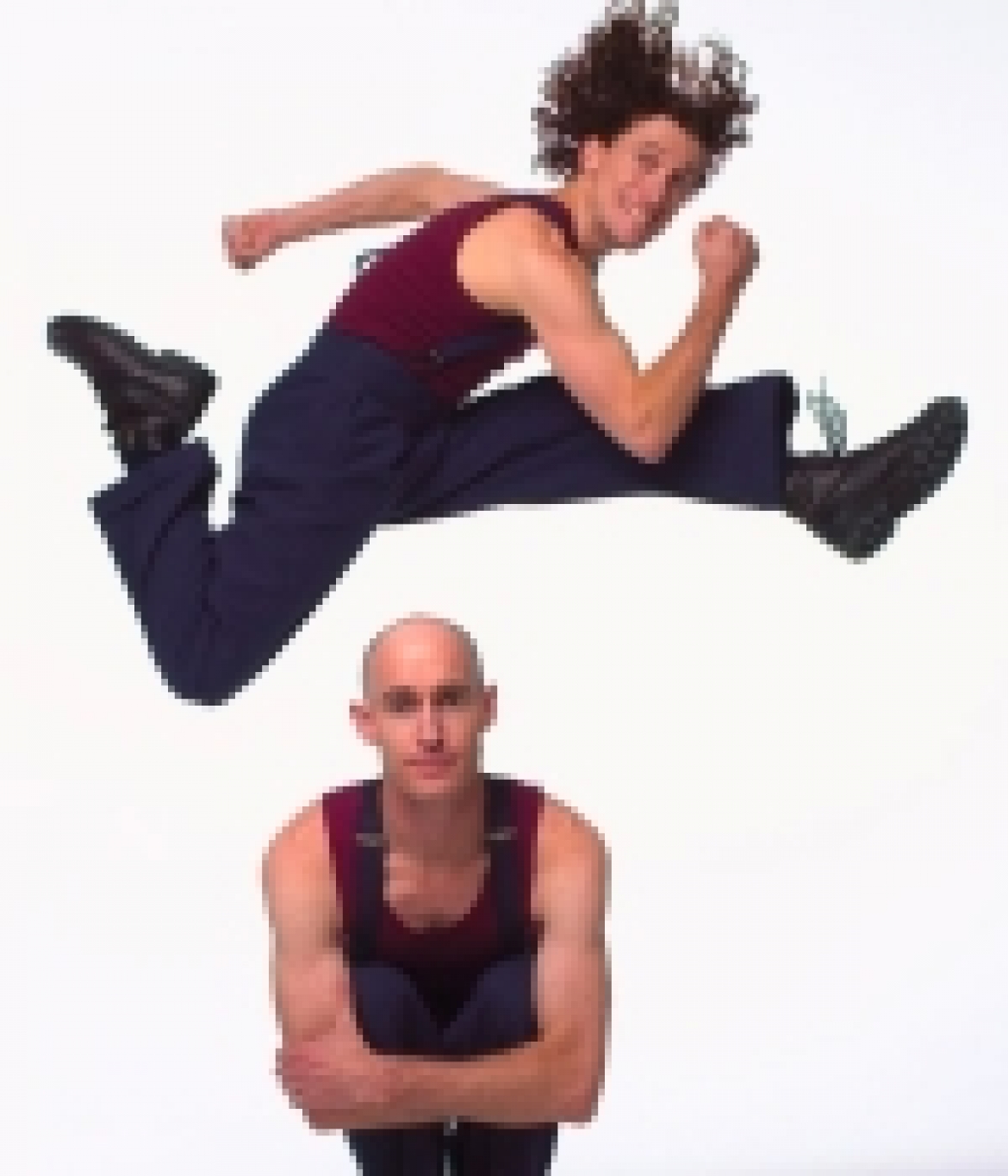