In January 2013, Tim led a team in retracing Sir Ernest Shackleton’s legendary 1916 journey from Elephant Island off the Antarctic Peninsula, to the sub-Antarctic island of South Georgia in a replica of his boat The James Caird, followed by a climb over the mountains of South Georgia.

Honorary roles include Vice-President of Fauna & Flora International (the world’s oldest environment charity); Global Ambassador and Governor of environmental NGO WWF, Ambassador to the International Koala Centre of Excellence and inaugural Environment Director of the Wildlife & Conservation Film Festival, Oceania. He is also head of the adventure advisory panel of the Australian Geographic Society, on the Society’s advisory board, and the current explorer in residence at the Australian Museum. Former roles include Patron of children’s charity Nature Play and board member of Zoos SA, Australia’s most conservation-focused zoo.

Tim has undertaken unsupported expeditions to the world’s most remote regions and has a long history of working with sponsors and the media. Expeditions include to the South Pole, the high Arctic, across Australia’s largest desert, the Great Victoria and retracing the polar journey of Sir Douglas Mawson using only the same gear, equipment and starvation rations as Mawson did in 1913. The documentary Mawson Life and Death in Antarctica was the flagship of the Film Australia ‘Making History’ series, and fronted Channel 4’s highly acclaimed ‘Edge of Endurance’ series in 2007. Expedition patrons were Australian Prime Minister the Hon John Howard and Sir Ernest Shackleton’s granddaughter the Hon Alexandra Shackleton.

In 2013, Tim led the first authentic retracing of polar explorer Sir Ernest Shackleton’s “double”, regarded by many as the greatest survival journey of all time – sailing a replica James Caird boat 1500kms across the Southern Ocean from Elephant Island, Antarctica to South Georgia and climbing over South Georgia’s mountainous interior using the same rudimentary equipment, period clothing and technology as Shackleton. A Discovery Channel/PBS documentary film and best-selling Harper Collins Book Shackleton’s Epic: Recreating the World’s Greatest Journey of Survival have been made about the expedition.

In addition to Shackleton’s Epic, Tim’s books include The Unforgiving Minute (Random House) and Mawson: Life and Death in Antarctica (MUP), released in conjunction with his international documentary film of the same name and officially endorsed by the United Nations Environment Programme in 2009. He is co-author of the academic book The Frozen Planet (Open University, UK) jointly released with Sir David Attenborough’s BBC TV series.

Tim was conferred a Member of the Order of Australia (AM) for services to the environment, community and exploration in the 2010 Australian honours list and was made a Fellow of the Yale World Fellows Program 2009 for his leadership in the field of environmental sustainability. He holds the record for the fastest unsupported journey to the South Pole and was voted both the Australian Adventurer of the Year in 2013 and Conservationist of the Year in 2016 – the only person ever to receive both awards.

In 2013 he received the Sydney Institute of Marine Science’s Emerald award for services to the environment and the Royal Institute of Navigation’s Certificate of Achievement as Expedition Leader of the Shackleton Epic Expedition.

In 2017 he was made a Bragg Fellow by the Royal Institution of Australia – RiAus’ highest award that recognises excellence in scientific achievement and commitment to science communication. Tim received the prestigious Bettison James award 2016 for documentary film-making for his current project, 25zero, which highlights climate change through the plight of the world’s melting equatorial glaciers.

After over two decades of polar travel and work as an environmental scientist, Tim is a well-known public speaker, applying the lessons he has learned throughout his various expeditions to talk about leadership, problem-solving, teamwork, change management and goal setting in an organisational context.

Leadership: By Endurance We Conquer

Lessons in leadership from a lifetime of expeditions

In his presentation (virtual or in-person) Tim will talk about the lessons learnt from both the Shackleton Epic Expedition and his current climate change awareness project 25zero to talk about leadership, problem solving, risk management, resilience, teamwork, motivation and goal setting in an organisational and personal context. In the context of the challenges the world faces as a result of the current COVID-19 pandemic, when the need for resilient and humane leadership, adaptability, motivation and team cohesion is greater than ever, Tim’s observations have even more resonance.

Lessons from a lifetime of exploration and environmentalism

Tim’s experience of isolation has taken many forms over the years, from undertaking expeditions to some of the world’s remotest regions to the loneliness of working for himself, of leadership and of challenging environmental norms. In his virtual presentation, Tim will share with his online audience the coping mechanisms that he has employed in these widely ranging but surprisingly connected scenarios.

Tim's wonderful, thought-provoking presentation clearly demonstrated to IBM the importance of its environmental sustainability initiatives whilst providing guidance on where to go from here. Invaluable.
IBM Asia Pacific

Tim's presentation…was fascinating and motivational….His honesty in sharing the physical and personal highs and lows…allowed us, as an audience, the opportunity to seek parallels within our own experience and challenge ourselves personally.
Marketing Manager, Rabobank 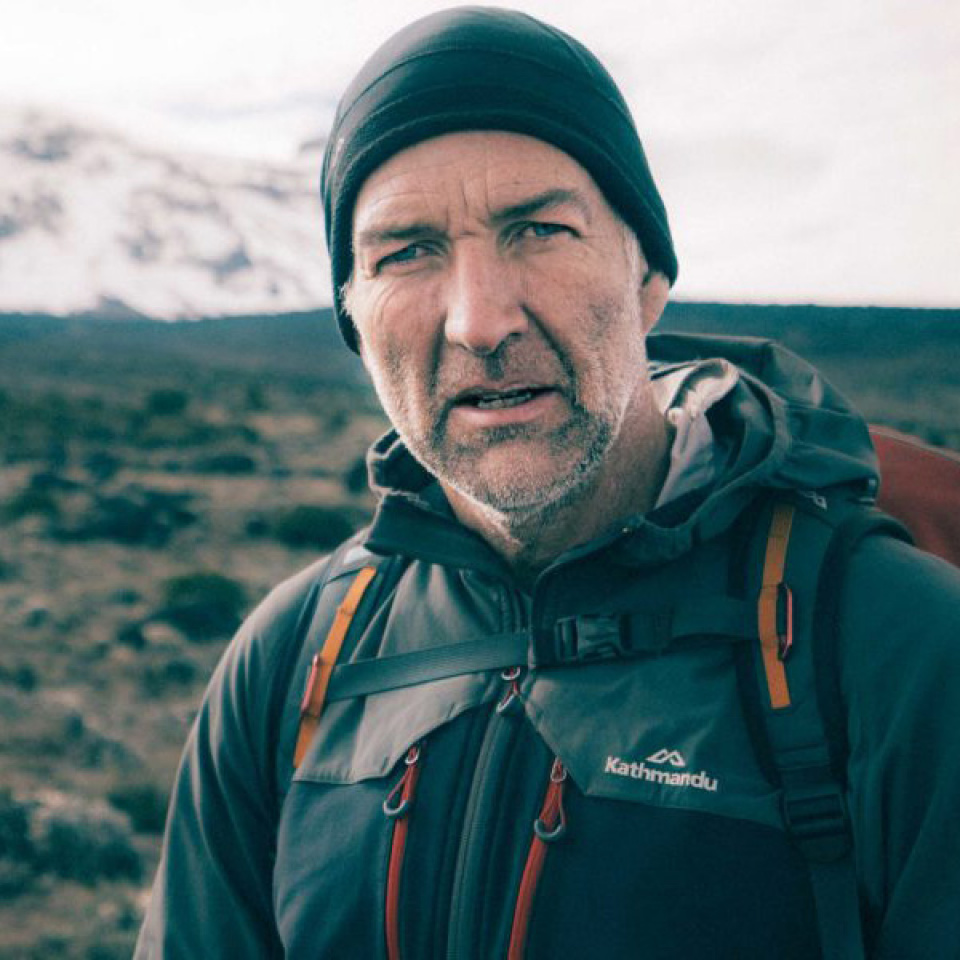