Tony Fernandes founded Tune Air Sdn Bhd in 2001, with a vision to make air travel more affordable to Malaysians. With that in mind, Tony and his three partners bought over AirAsia from its owner DRB-Hicom. Tune Air's initial project was to remodel AirAsia into a low fare no frills carrier after successful low fare airlines such as U.S.-based Southwest Airlines and Dublin-based Ryanair and create a new aviation product in Malaysia.

Under Tony's leadership, the fledging airline with a RM40 million debt became a blooming, thriving business. The airline repaid all debts and has been in a profitable position from the first day of operation. In less than 3 years, AirAsia grew from 2 modest Boeing 737-300 to 28 and is now operating over 100 domestic and international daily flights from hubs in KLIA, Johor Bahru , Bangkok and Jakarta.

Under his wings, AirAsia went on to revolutionize the air travel industry in Malaysia and pioneered the low cost phenomenon in Asia. In 2004, AirAsia formed successful joint ventures in Thailand and Indonesia where AirAsia holds 49% stake in both companies. Thai AirAsia, a joint venture with Shin Corporation, Thailand's largest telecommunication conglomerate, took to the skies in Feb 2004 and has to date carried over 1 million guest in its first year of operations. PT AWAIR , re-launched as a low fare airline on Dec 8th 2004 presently served 5 domestic destinations in Indonesia.

Tony was educated in United Kingdom in Finance. Upon graduation Tony joined Virgin Group before moving on to Warner Music International London. Subsequently, Tony was transferred back to Malaysia in 1992. At the age of 28, Tony became the youngest person in recording industry's history to head Warner Music Malaysia - a role, which he excelled in. Tony's last serving role at Warner Music was as Vice President ASEAN.

Tony's passion for music has led him to spend 12 illustrious years in the industry where he help developed the Malaysian Music Industry and gained vast experience and a good understanding towards the Asian consumer market. In recognition for his contribution to the Malaysia Music Industry, Tony was awarded the title of Setia Mahkota Selangor by His Royal Highness King of Malaysia Sultan Salahuddin Abdul Aziz Shah in 1999.

Tony is a member of the prestigious Young Global Leaders organization. He joins the ranks of 237 of the world's elite leader and individuals who will dedicate their knowledge and expertise to engage in major global undertakings to shape the future.

Tony is the recipient of the International Herald Tribune award for the Visionaries & Leadership Series, for his outstanding work in AirAsia. Tony was named "Malaysian CEO of the Year" - a highly acclaimed recognition, so far awarded to only nine other recipients in the country, by American Express and Business Times. He also garnered the Emerging Entrepreneur of the Year - Malaysia Award by Ernst & Young, and was also named Asia Pacific Aviation Executive of the Year by the Centre for Asia Pacific Aviation (CAPA).

A familiar face in the aviation industry as well as on an international level, Tony has headlined the covers of Airline Business magazine, Asian Wall Street Journal, New York Times, International Herald Tribune, and featured on countless international publications such as South China Morning Post, Financial Times, Far Eastern Economic Review, The Economist, and many more. He was recently named, BusinessWeek's 25 Stars of Asia - a recognition which he gained, for his unique leadership and entrepreneurial skills.
Today, AirAsia is a leading low fare, no frills airline in Southeast Asia, which has flourished into a household name in Malaysia, Thailand and Indonesia. The award -winning airline is the recipient of the Asia Pacific Low Cost Airline of the Year by Centre for Asia Pacific Aviation (CAPA), and the Market Leadership Award by ATW magazine. In addition, A 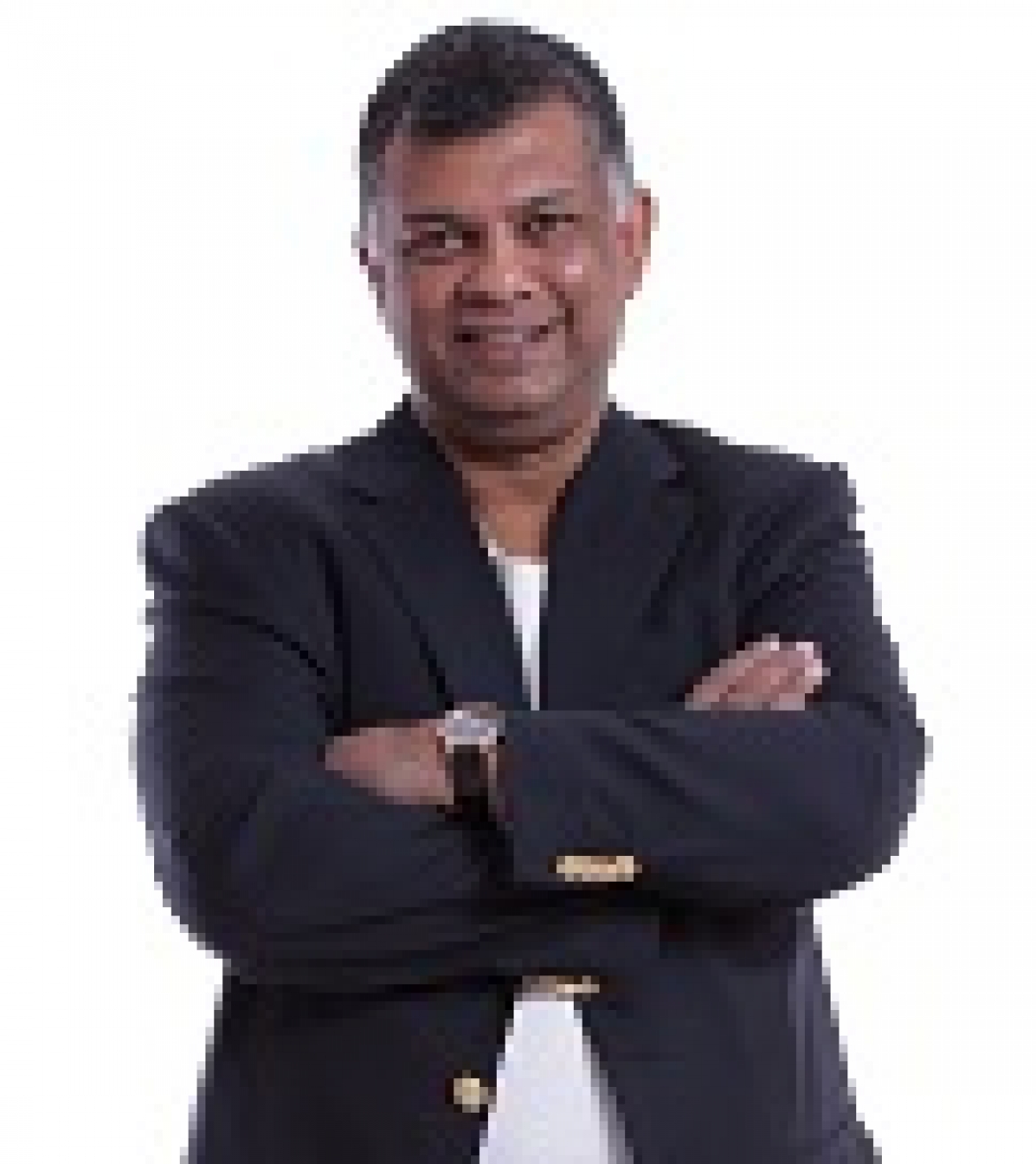