The showbiz juggernaut that is Tripod thundered on in 2011, with the boys continuing to tour their epic musical Tripod versus the Dragon locally and internationally, and releasing the feature-packed DVD of that show through Beyond Entertainment.

The boys also appeared on the 'in memoriam' segment of the 2011 Logie broadcast, with a beautiful rendition of Paul Kelly's Meet Me in the Middle of the Air alongside Eddie Perfect. In 2013 the boys and Eddie will be premiering Australian Songs, a full-length show of classic Australian songs.

In early 2012, Tripod premiered their new live show Men of Substance at the Victorian Arts Centre, and have since toured it all over the nation, including to the Adelaide Cabaret Festival, Perth International Comedy Festival, Brisbane Comedy Festival and Darwin Festival. In 2012 the boys recorded their next studio album, Men of Substance, produced by John Castle (Washington, the Bamboos), before heading into songwriting and rehearsals with the Malthouse Theatre, playing the three-headed title role in The Dragon in early 2013.

2013 started big for Tripod with the Melbourne premiere of their much-lauded collaboration with Eddie Perfect, Perfect Tripod: Australians Songs. Right after this Tripod dove into rehearsals at the Malthouse theatre where they penned songs and also performed, each in dual goodie/baddie roles in The Dragon. More touring with Perfect followed, with sellout seasons in Sydney, Brisbane and Perth, as did the recording of a Perfect Tripod: Australian Songs album. At the same time, Tripod composed songs for Monster Beach for the Cartoon Network, to be screened in late 2014.

2014 saw a number of sellout return seasons as well as premieres in Adelaide and Hobart for the a capella juggernaut that is Perfect Tripod. The quartet also appeared on Network Ten's Oxfam Gala, backed by the 60-voice Melbourne Symphony Orchestra Chorus, and with Missy Higgins on ABCTV's Crackup. In the latter half of 2014, Tripod embarked on a brand new work This Gaming Life, to be performed in 2015 with the Melbourne Symphony Orchestra. Orchestrated and conducted by BAFTA-winning, Grammy-nominated composer Austin Wintory, This Gaming Life is Tripod's epic love letter to video games.

A beautifully performed rollercoaster ride of captivating nonsense, fabulous comedy and music... definitely go and see them!
- The Scotsman 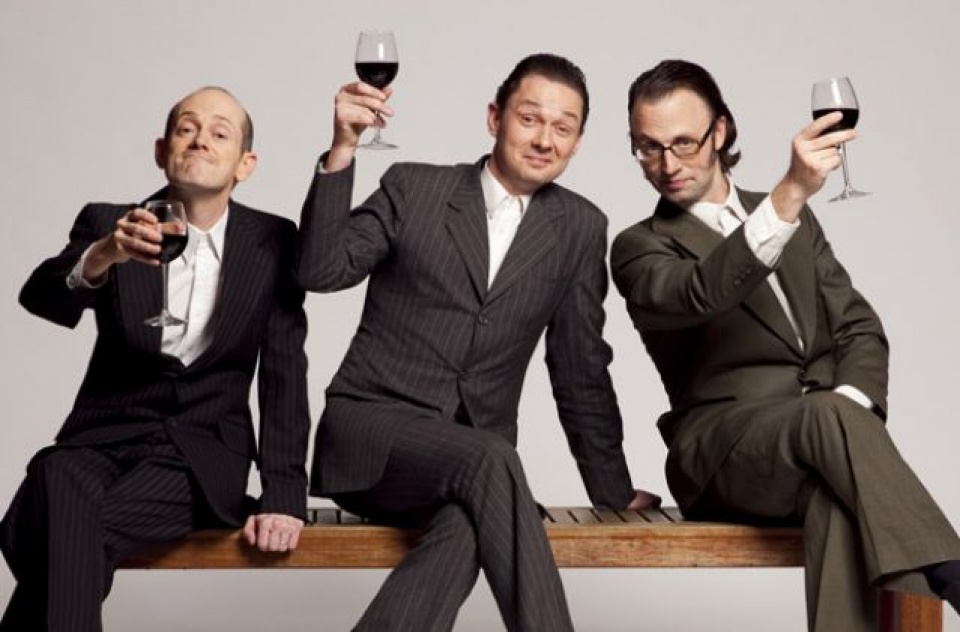